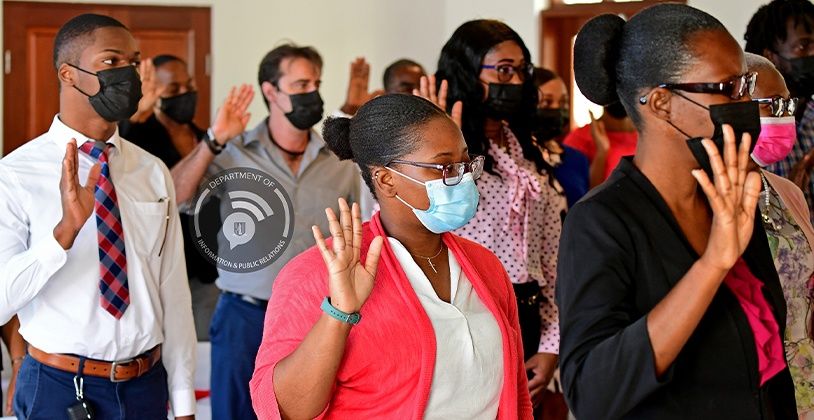 Governor Rankin said, “ I hope as you exercise your new freedoms for travel and employment, you will never forget that you will be ambassadors for your home base, the British Virgin Islands, where all of you have put down roots. No doubt your contribution to the development of this community has already been substantial, and I hope it will be increasingly so in the years ahead.”

I congratulate you on having persevered with the process, and for having demonstrated your allegiance to the United Kingdom as well as to your home in the Virgin Islands,” the Governor said. He added, “The new freedoms you will now enjoy also come with new responsibilities, moral responsibilities as well as legal ones – to uphold our shared values – including respect for democratic rights and freedoms and respect and concern for others less fortunate than ourselves.”

Registrar General, and chairperson of the ceremony, Mrs. Staphanie Benn, congratulated the new citizens and acknowledged that the ceremony confirmed their registration as British Citizens, which should not be taken lightly.