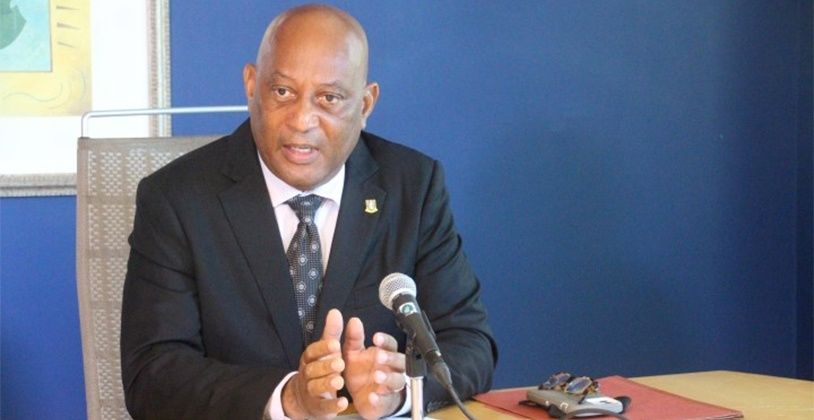 More illegal migrants have been captured in the territory, two of whom broke their legs in an attempt to flee the authorities.

Minister for Natural Resources, Labour and Immigration Hon. Vincent Wheatley made the disclosure on November 26, while addressing the matter of the two recent illegal Haitian nationals who reportedly escaped Immigration custody from the Castle Maria Hotel sometime this week.

While he was unable to say whether the two were recaptured by the authorities, he informed of the subsequent capture of the aforementioned 15.

“Since that, they found 15 more illegal immigrants two days ago, this is a very serious issue that we have to act on.”

He continued: “In fact, two of the persons who were found I think on Wednesday, ended up in the hospital because they were trying to escape and they had their leg broken and so forth; that’s an additional expense on the country.”

The Immigration Minister then stressed the need for an Immigration Detention Centre that is in the pipeline.

“One of the things we hope to do in the budget is to build a detention centre.”

He said due to the lack of the centre, the authorities are forced to use hotels and private security, and “it is incredibly expensive,” he said, adding that it is even worse if they require medical attention.

“So a detention centre is part of the solution so when they are caught they can hold them and attend to them and then repatriate them but it is a very serious challenge for the entire world right now.”

He also said, like the rest of the world illegal migration is a major issue for the territory.

“It is incredibly difficult to patrol our waters. We will try our best to minimize persons from coming in …for this year alone we have spent around half a million dollars just repatriating these persons,” he bemoaned.

Meanwhile Premier and Minister for Finance Hon. Andrew Fahie said the matter is a major issue for other Overseas Territories and it was also discussed at the recent OT’s Joint Ministerial Conference in London.

He said it was going to take a “unified front” from the region to combat the issue.

“Hence why I also called for the introduction of a coast guard team that I will be following up that has met I would say pass the approval and from the Governor and he and I will be working towards how do we bring this into fruition so that we could even have an extra layer of our people in the Virgin Islands serving in their own coast guard,” he informed.