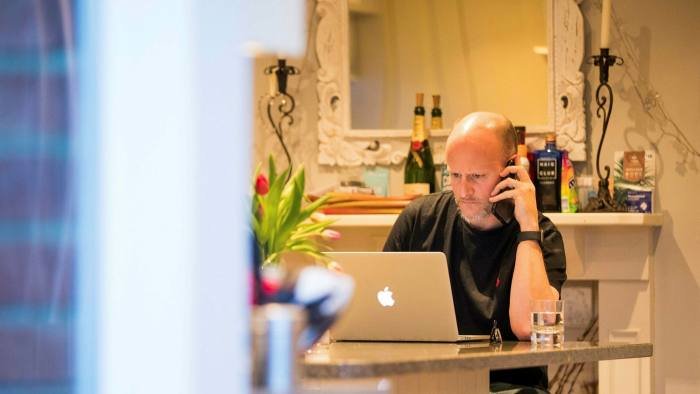 City workers are executing a clumsy hokey cokey in response to the government’s reversed guidance on returning to offices. Boris Johnson has strong public health justifications for urging staff to stay home. But the longer it continues, the worse the damage will be to the City of London as a financial centre.

A world-beating cluster is worth more than the sum of its parts, thanks to tightly packed and interconnected businesses and services. When that grouping is geographically atomised by working from home there is a huge loss of what JPMorgan boss Jamie Dimon (speaking in a different context) recently dubbed “creative combustion”, where interactions are as productive as they are unplanned.

London has traditionally offered skills in risk modelling and regulation that it is inefficient and uneconomical for firms to try to replicate elsewhere.

But now homeworking UK employees are as reluctant to travel to occupy a desk in Bishopsgate as they would be to relocate to one in Hong Kong, according to the top boss of an Asia-focused London-listed finance house.

City firms will interpret government guidance in different ways. Goldman Sachs, which offered free lunches to staff to bring them back to the office in the summer, says if employees need to come into the office they should do so.

Even so, only about a fifth of Goldman’s bankers are commuting to Farringdon Street. UK high-street banks are being more restrictive.

The City, whose dealmaking buzz began centuries ago in its coffee bars and brasseries, is pretty much empty.

Property adviser Ingleby Trice reckons the square footage of newly rented office space in the City come August had dropped to about a tenth of what it was compared with the average monthly rate last year. Offices expected to fall vacant within 12 months had risen nearly a third.

Increasingly, companies are rethinking how they use their premises. As one of Lombard’s high-up informants says, his board won’t meet in the company’s landmark HQ for the foreseeable future.

UK rules on quarantining and travel have put paid to that, while the limit on social gatherings to no more than six in the UK creates difficulties for continuing the more convivial aspects of executive life.

Formal meetings matter less than the informal chats where top bosses gauge moods at the bar. Longtime board members can short-circuit such bonding moments. It is harder for newbie chiefs working from their kitchen or conservatories.

It is even tougher for the corporate leaders of the future. In the past, trainees learned their trade by sitting at their bosses’ feet waiting for pearls of wisdom to drop their way. Now they sit at home hoping to be noticed on a Zoom call.

Anthropologists have long studied how social capital smoothes the formation of the financial kind. The City has done a good job of keeping going through the crisis. But the tight personal connections that have made it so resilient are being whittled away.

Previously Brexit was thought to be the Square Mile’s biggest test. It may be homeworking.

Keep calm and carry on shopping

Supermarket chiefs are urging shoppers not to stockpile groceries in anticipation of a second wave of coronavirus infections. Tesco’s Dave Lewis said there was no need for it.

Food supplies are plentiful. The shelves are fully stocked. And panic buying creates unnecessary tension in the supply chain.

People didn’t so much panic buy in March ahead of lockdown as visit shops more often to build up stocks of tinned soup and borlotti beans that will explode before they are consumed. And still the shelves were denuded of loo paper and flour.

None of the big supermarket chains believe the pandemic has been a bonanza for them. True, sales have risen. But costs have risen more. And shoppers have maxed out on store cupboard basics rather than higher-margin goods.

Earlier this year Mr Lewis totted up the possible incremental costs of Covid-19 and said it could be £900m or more. Neither Tesco nor J Sainsbury believes they will make much more money than they did last year.

High-street grocers are also arming themselves for a price war this winter. During the financial crisis of 2008 traditional supermarkets ceded market share to German discounters Aldi and Lidl to maintain profits. They won’t do that this time.

Tellingly, Tesco’s share price still trails its 2015 level when the group made a record loss. Its peers’ share prices are down since February. And private equity fund Lone Star has pulled out of the running to buy Asda.

The private equity group clearly has doubts about the £6.5bn price tag that the supermarket’s owner Walmart has hoisted over the group.

Mr Lewis is being public-spirited. The footage of shopping trolley battles in the aisles were distressing in March. Lombard is keen to do its small bit to de-stress the nation.

During the Blitz, the ministry for food exhorted Brits to make Lord Woolton pies out of potato peelings. This column is compiling recipes that combine borlotti beans, sardines, unidentified spices and battery acid. Readers’ suggestions welcome.