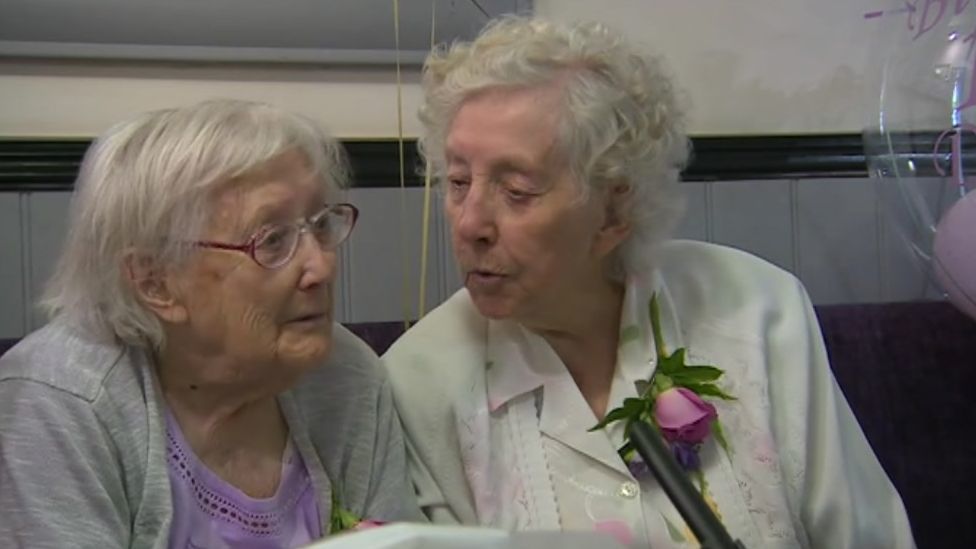 A delayed 100th birthday party has been held for twins who were unable to meet indoors last year because of coronavirus restrictions.

Edith Dumbleton and Dorcas Tobin will be 101 years old on 28 June and they were joined by family and friends at a country pub.

The sisters, from Broadwas in Worcestershire, are thought to be the third oldest twins in the UK.

Ms Dubmbleton's daughter, Christine, said: "Nothing seems to faze them."

The twins were born 45 minutes apart in Banbury, Oxfordshire, in 1920 and Edith Dumbleton said: "On the whole we both get on very well together."

They both went to work at the age of 14 and Ms Tobin joined the Land Army, but Ms Dumbleton said she did not enjoy working outdoors. 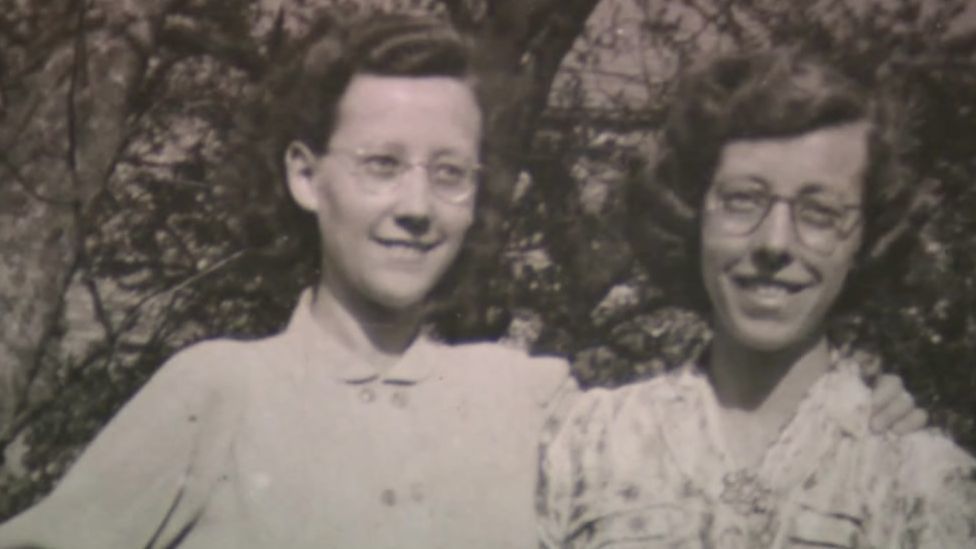 Between them the sisters, whose maiden name was Love, now have five children, 13 grandchildren and 22 great-grandchildren.

Christine Bernand said: "Everything is just part of life that you live through and get out the other end of it.

"They don't do stress, nothing touches of them." 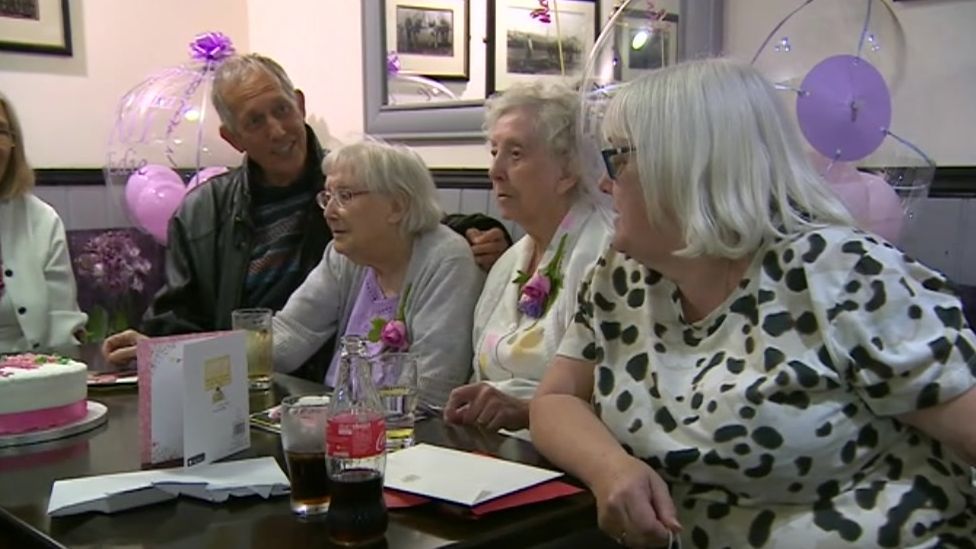