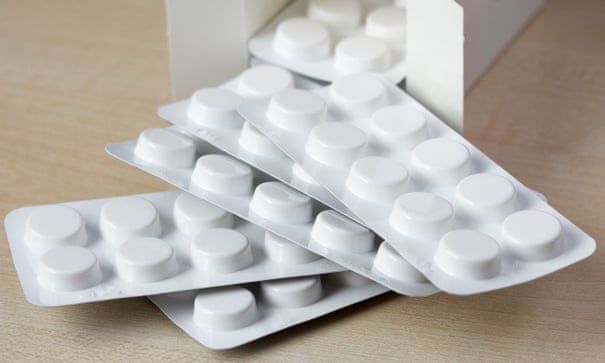 Experts worried about high use of drugs such as codeine and tramadol after prescriptions rose during Covid pandemic
Women in England are almost twice as likely as men to be prescribed powerful and potentially addictive opiate painkillers, prompting experts to warn that female pain is overly medicated and not properly investigated.

The growth in such prescriptions issued to women rose by 4.5% between October 2015 and October 2020, compared with an increase of less than 1% for men. Annual averages showed the same trend, according to data from the NHS Business Services Authority, which deals with prescription services in England.

It comes after figures showed deaths from prescription opioid painkillers have doubled from 350 to 700 over the past decade. These drugs are usually prescribed for severe pain, for example after an operation or a serious injury.

Guidance issued by the National Institute for Health and Care Excellence (Nice) this month said people with chronic pain which had no known cause should not be prescribed painkillers, and should instead be offered therapies including exercise programmes, acupuncture and antidepressants. There was “little or no evidence” that treating chronic primary pain – which affects 1-6% of people in England – with commonly used painkillers actually made a difference to people’s quality of life, pain or psychological distress, Nice said.

Emma Davies, a pharmacist pain practitioner at Cwm Taf Morgannwg University Health Board in Wales, said the opiate painkillers gender gap was a “worry” and called for better research into the reasons behind it. Opiate painkillers were “potentially harmful” and did not always take away pain, she said.

“From a clinician’s perspective, overprescribing is generally occurring regardless of gender and presentation. But there is a big issue with women’s services – there are not sufficient services for women’s specific health problems. That means women struggle to get diagnosed and when they do there is limited availability of suitable services.”

“Chronic pain leads to a lower quality of life for a huge variety of reasons so being able to function with chronic pain might in effect mean being addicted to painkillers but you weigh the costs up.”

She added: “There is no known reason why women experience it more: it could be biology, it could be social or it could be the impact of particular lifestyles on bodies, or it could be environmental. The causes of chronic pain are so broad and in some cases not well understood.”

Women who contacted the Guardian said they felt “fobbed” off by painkillers and that the problems leading to their discomfort were not always properly investigated. The government is launching a review to better understand women’s experiences of the health and care system, including how pain is treated. They are creating the first-ever government-led Women’s Health Strategy, which aims to ensure health services are meeting the needs of women.

Last year, an inquiry ordered by the government found that an arrogant culture in which serious medical complications were dismissed as “women’s problems” contributed to a string of healthcare scandals over several decades.

The use of opioid drugs has been of growing concern in recent years, particularly in relation to the risk of addiction and overdose, and their limited effectiveness over time. “We are well aware opiates are overused and that is a concern for us, and as a faculty we are working to provide much better guidance to reduce overuse of opiates,” said Dr Barry Miller of the Faculty of Pain Medicine.

He said the number of women on these drugs was a concern. “I would worry about anyone on these drugs – male or female, young or old. It is an area of worry and I would not underestimate that.”

Ian Hamilton, an associate professor of addiction at the University of York, said that although the rise in prescriptions in the past five years was small, it was surprising given the greater “awareness among doctors about the problems with these type of drugs, ie dependency and reduced effectiveness if used for more than a few weeks”.

He said: “I think the reason more women have been prescribed these type of drugs is that they are more likely to access healthcare including their GP. We know that GPs don’t have much time and with support services declining this leaves many GPs with no option but to prescribe or continue prescribing these type of drugs, even when they know they don’t address the root cause of the problem.”

Miller said the rise in use of opiate painkillers during the pandemic could be due to people waiting longer for other treatments, such as knee and hip replacements.

Sheppard said chronic pain “may not be well understood and it may require referrals to different or other medical services and specialists” but “depending on where someone is living they may not be able to get that referral”.

Public Health England has raised concern about the number of prescription medicines administered. In a 2019 review, it said that using opiate painkillers for more than a few weeks is not supported by the evidence.

An NHS spokesperson said: “While these drugs play an important role for some people, GPs and pharmacists are working with their patients to ensure they are on the right medicines for the right reasons – for many, rather than a ‘pill for every ill’, social prescribing and talking therapies can be more appropriate ways of helping some people to get better and stay healthy.”
#Covid
Add Comment