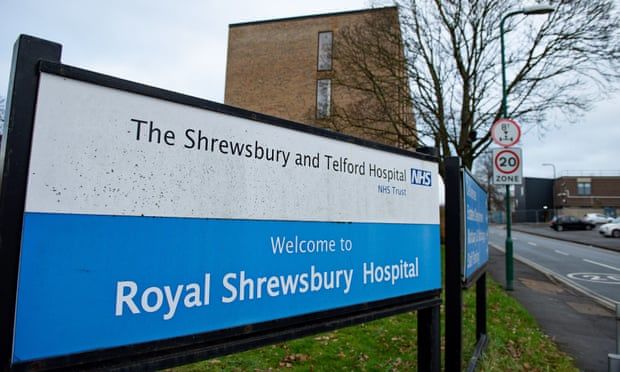 Exclusive: Health leaders say midwife shortage means they cannot meet recommendations in review into Shropshire trust failures
A shortage of more than 2,000 midwives means women and babies will remain at risk of unsafe care in the NHS despite an inquiry into the biggest maternity scandal in its history, health leaders have warned.

A landmark review of Shrewsbury and Telford hospital NHS trust, led by the maternity expert Donna Ockenden, will publish its final findings on Wednesday with significant implications for maternity care across the UK.

The inquiry, which has examined more than 1,800 cases over two decades, is expected to conclude that hundreds of babies died or were seriously disabled because of mistakes at the NHS trust, and call for changes.

But NHS and midwifery officials said they fear a growing shortage of NHS maternity staff means trusts may be unable to meet new standards set out in the report.

“I am deeply worried when senior staff are saying they cannot meet the recommendations in the Ockenden review which are vital to ensuring women and babies get the safest possible maternity care,” said Gill Walton, chief executive of the Royal College of Midwives (RCM).

The number of midwives has fallen to 26,901, according to NHS England figures published last month, from 27,272 a year ago. The RCM says the fall in numbers adds to an existing shortage of more than 2,000 staff.

Experts said the shortage was caused by the NHS struggling to attract new midwives while losing existing staff, who felt overworked and fed up at being spread too thinly across maternity wards.

Last week the NHS announced a £127m funding boost for maternity services aimed at improving care for mothers and babies, including £50m allocated to trusts over the next two years to increase staffing numbers in maternity and neonatal services.

But Walton expressed concern that with the shortage of midwives, the recruitment and retention crisis would not be solved overnight. “We have midwives from the top down and the bottom up telling us how bad the situation is,” she said. “Obviously we welcome additional funding but there are too many questions about how it will be used to recruit and, just as importantly, retain the staff we need. The government needs to pull its head out of the sand and address this urgently.”

“In our recent survey, a number of trust leaders told us that shortages across midwifery services are a major concern,” Cordery said. “It is obviously worrying that some have had to close services because of workforce gaps and we know there are fears among trust leaders that they won’t be able to recruit to the standards set out in the upcoming Ockenden report because of these gaps.”

Lawyers representing families affected by the Shrewsbury maternity scandal said it was vital that recommendations made in the report were acted on as soon as possible.

Tim Annett, a medical negligence lawyer at Irwin Mitchell, said: “Sadly, we continue to hear incredibly worrying first-hand accounts from families with concerns about their maternity care, not just at Shrewsbury and Telford, but other trusts.

“Too often in the past we’ve seen reviews and investigations into hospital care make recommendations which have taken years to implement. This report must not be pushed to one side after publication – it’s crucial that the detail is analysed and where possible lessons are learned to improve maternity safety which must remain a focus for the NHS.”
Add Comment