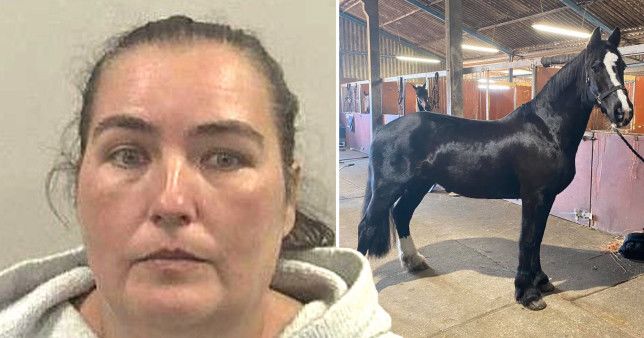 Woman stole £1,700,000 from boss to fund luxurious lifestyle with horses

A woman who stole more than £1,700,000 to fund her habit for buying horses has been jailed.

Lisa Crawshaw, 45, found her equestrian interest ‘more addictive than drugs’ in her own words.

She admitted to stealing the money to fund her luxurious lifestyle, numerous expensive horses and equestrian equipment.

Grimsby Crown Court heard that Crawshaw, from Gainsborough and Scunthorpe, admitted she ‘destroyed’ her employer’s business by stealing the cash over a five year period.

The North Lincolnshire business discovered the theft when it started to receive debt collecting letters following the sale of the company.

DS Ben Robinson from Humberside Police’s Economic Crime Unit said: ‘Fraud can be an extremely distressing offence to become a victim of, especially when the level of offending is of the magnitude in this case. 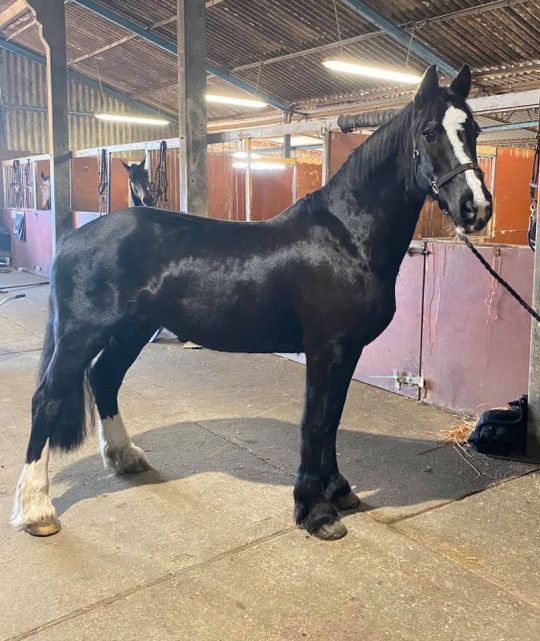 One of the horses listed on Lisa Crawshaw’s Facebook page

‘It is clear that Lisa Crawshaw had no regard for her employers and instead defrauded them to fund her own luxuries.

‘Miss Crawshaw not only destroyed a successful North Lincolnshire business, she also destroyed the owners’ years of dedication and future financial security.

‘Investigators from our asset recovery team continue to make enquiries into any assets that have been gained as a result of Lisa Crawshaw’s criminality.

‘She will now have the next few years in prison to reflect on her actions, and I do hope this goes some way to bringing the victims a sense of closure.

‘We are committed to tackling fraud of any scale, and would encourage anyone who believes they have been a victim of fraud to report it through Action Fraud.’

Crawshaw was sentenced to five years in prison for fraud at Grimsby Crown Court on Friday.