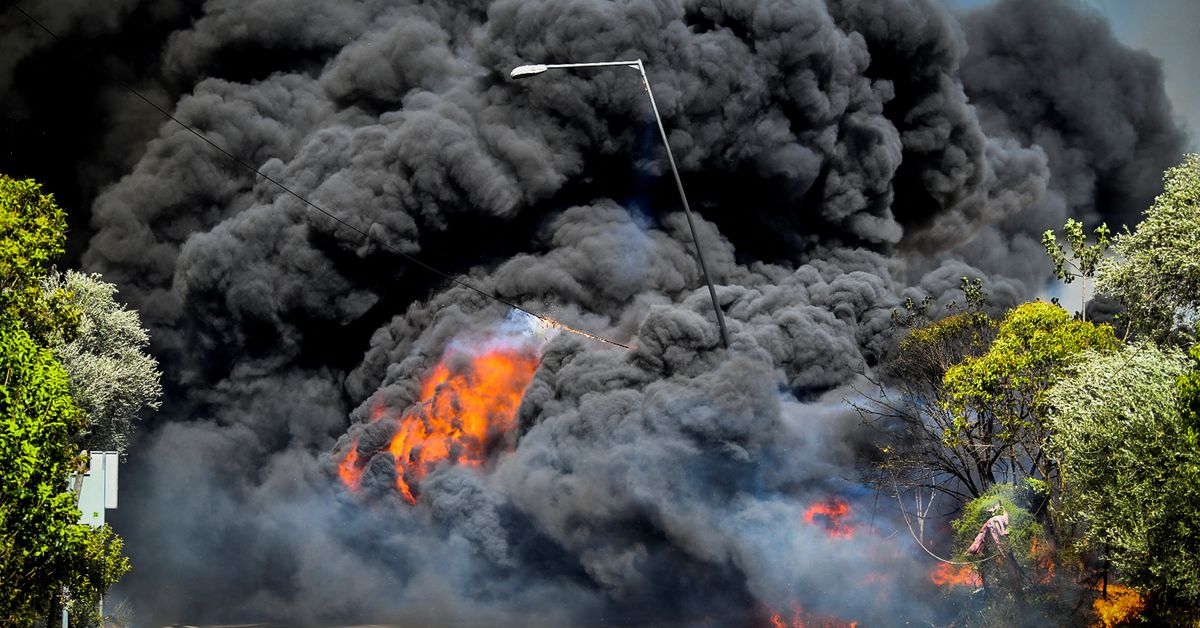 Greek firefighters battled wildfires on the island of Lesbos for a second day on Sunday as well as new fires in the western Peloponnese and in northern Greece, evacuating nearby settlements as a heatwave set in.
A wildfire that started in mountainous forests on Lesbos in the Aegean Sea near Turkey on Saturday, burning properties at the beach resort of Vatera, was still raging, forcing the evacuation of two more villages - Vrisa and Stavros.

In mainland Greece a new wildfire threatened homes at Krestena in the western Peloponnese, forcing the evacuation of Gryllos village.

Temperatures hit 40 degrees Celsius (104 Fahrenheit) in parts of Greece on Sunday as a heatwave that has hit other parts of Europe spread east and was expected to last for most of the coming week, according to meteorologists.

In the north of the country, a wildfire continued to ravage a pristine forest near Dadia, a natural habitat for black vultures, burning for a fourth day as authorities struggled to contain its destruction.

"We are dealing with difficult terrain and access with winds changing direction," Civil Protection Minister Christos Stylianidis, coordinating efforts from the air and on the ground, told state TV ERT.

Vatera, an 8 km (five mile) long sandy beach in the southern part of Lesbos, is a popular tourist spot. Lesbos was at the forefront of Europe's refugee crisis six years ago. The wildfire there burned homes and injured one firefighter.

Greece is suffering a second consecutive summer of wildfires this year.

A wildfire in mountains near Athens last week damaged homes and forced hundreds of people to flee, with authorities calling this summer one of the toughest in the Mediterranean.

Last year, wildfires ravaged about 300,000 acres (121,000 hectares) of forest and bushland across Greece during the country's worst heatwave in 30 years.
Add Comment