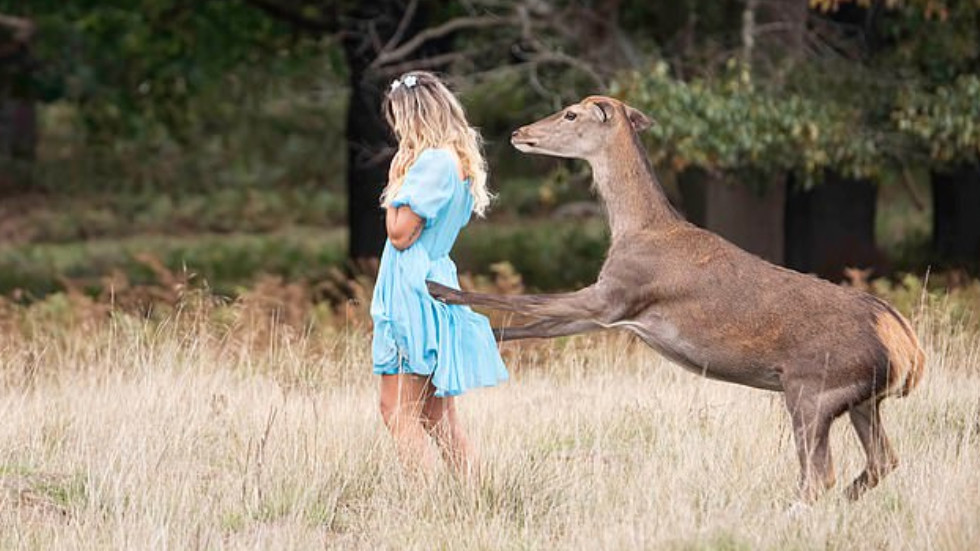 Pursuing a perfect photo led one young woman to be attacked by a deer in London’s Richmond Park as she foolishly tried to get close enough to the wild animal to snap a selfie during rutting season.

The moment the woman paid for her senselessness was caught on camera as the deer gave her a firm kick in the back with its forelegs. Royal Parks Police took to Twitter to rebuke the woman for her ill-advised photoshoot, warning that deer are not like the Disney character Bambi and can cause harm.

“This picture, taken on October 11 in Richmond Park, demonstrates why you need to stay 50m away. They are wild animals and can cause you injury #WeAreNotBambi,” the police said.

It’s so upsetting how many imbeciles get too close to the deer at Richmond park. It is so bad that I believe that Richmond park should be closed during mating season. Humans will never learn and too many have no respect for nature and are just doing it for the ‘gram.

The post led to a swirl of criticism of the posing enthusiast, as many piled into the replies to rebuke her for getting so close to the animals. “Anything for a good insta feed right. I bet she had a lot of likes so the bruises were worth it,” one commenter wrote. “Was she there for a stag party?” another quipped.

The woman’s clothing also drew the ire of many as her summery blue dress was deemed entirely unsuitable for this time of year. “I was in wellies and jumpers on Sunday so goodness knows why she was in a summer frock,” one responder said.

Was she there for a stag party?

The London park is home to around 1,000 free-roaming deer. Autumn is rutting (breeding) season for the animals. This can lead to fierce standoffs between competing stags as they battle to mate with females.

People are warned to steer well clear of the animals throughout ‘the rut’, as the season is known. The unfortunate young woman had to learn the lesson the hard way.