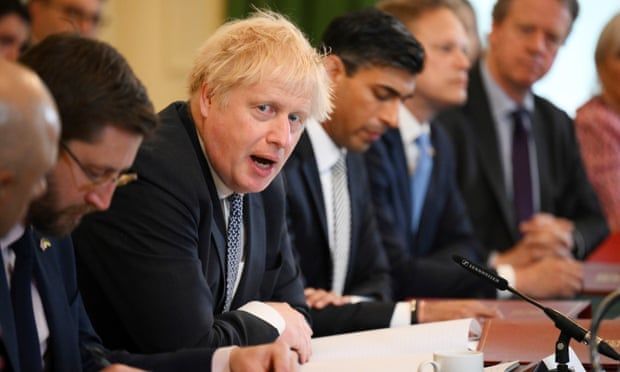 Who are the main contenders to replace Boris Johnson?

Boris Johnson’s future could be sealed as early as next week if 54 Tory MPs submit letters saying they have lost confidence in the prime minister, and 180 Conservative MPs then vote to oust him in a secret ballot.

But one of the factors making some MPs hesitant is the lack of an obvious successor. Here are the main contenders jostling for position with a rating out of 10 on their current chances of success, although MPs are taking seriously the idea that a wild card candidate could end up winning in the event of a contest. 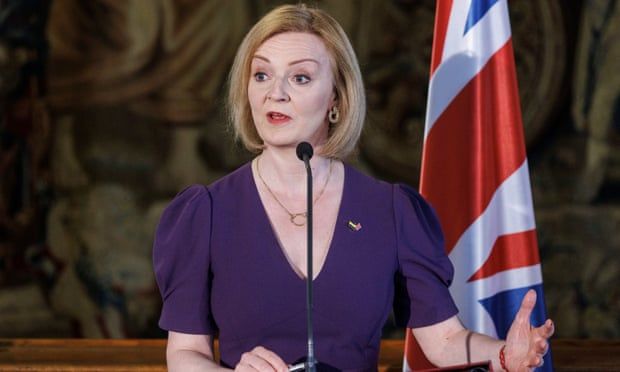 The foreign secretary has been burnishing her public profile with Instagram shots of her walking red carpets and channelling Margaret Thatcher by wearing a headscarf while driving a tank. As the first Tory female foreign secretary, she has taken credit for securing the release of Nazanin Zaghari-Ratcliffe from an Iranian jail and imposing sanctions on Russian oligarchs, despite a sluggish start and accusations the Foreign Office was underprepared for war in Ukraine. She has long been wining and dining Tory MPs with her “fizz with Liz” evenings.

Several newer MPs have described her as “terrific” and “a new Maggie” to the Guardian, although there are as many others who use the phrase “bonkers” about her, worrying she has eccentric policy obsessions and an odd public speaking manner. Although a former remainer, she has hardened her position on Brexit and won the trust of some anti-EU colleagues with her proposals to override parts of the Northern Ireland protocol.

The former foreign secretary and health secretary was defeated by Johnson last time around and declined to join the cabinet. He has played the role of elder statesman from the backbenches, offering gentle and usually friendly criticism over the government’s Covid mistakes. Firmly on the centrist side of the party, he would have a job convincing the Brexity rank and file, not to mention MPs, that he is the man for the job. But he could be viewed as a calming presence after the tumult of the Johnson years, if the membership are desperate for some stability. Among the general public, he is not a hugely polarising figure, apart from among the medical community who cannot forgive his row with junior doctors during the controversy over their contracts. 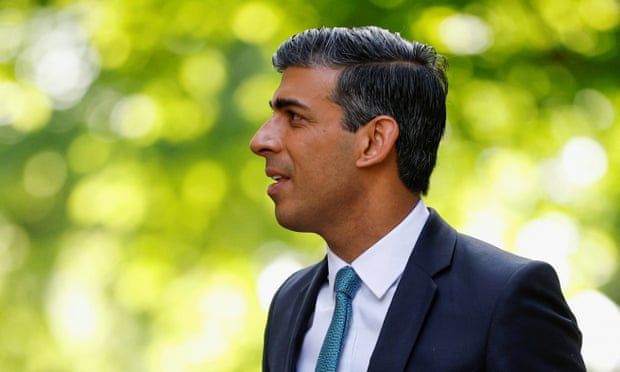 Rishi Sunak has a lot of backbench supporters who see him as calm and unflappable.

The chancellor was the likely successor, despite his relative political inexperience – until details of his family’s tax affairs sent his popularity plummeting. Sunak had built a public profile due to his press conferences explaining the Covid support schemes, winning him credit for swift action to keep families and businesses afloat. But more recently, he has been criticised for slowness to help people in the cost of living crisis and gaffes that suggest he is out of touch, such as flaunting expensive personal items and building a swimming pool at his Yorkshire mansion. He has a lot of backbench supporters who see him as calm and unflappable. But others believe he may not even want the top job as much as some of his inner circle want it for him, having been bruised by the recent non-dom row and its effect on his family. He could easily quit parliament and return to life in California, if his stint as chancellor comes to an end. 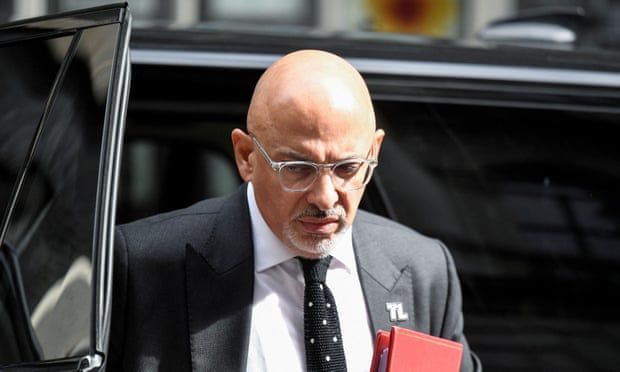 The education secretary impressed his party as vaccines minister and he has done a solid job of neutralising some of the difficult issues facing the Tories on education after the chaos of Gavin Williamson’s tenure during Covid. His backstory as a former refugee from Iraq who came to Britain as a child is impressive, but some Tory MPs may worry – as with Sunak – about his wealth, from the expenses-era criticism of him claiming to heat his stables, to his former business dealings in oil and gas.

Javid, like Sunak, would have been a stronger contender were it not for recent revelations about his tax affairs, after he admitted to having been a non-dom before he was an MP. The former banker is now health secretary, having been chancellor, culture secretary, business secretary and communities secretary. He, too, has come from a humble background as the son of a bus driver and has talked interestingly in the past about how public speaking comes less easily to him than some of his privately educated colleagues.

The former military man is a favourite among Tory centrists. Although it would be highly unusual to have a new prime minister with no cabinet or shadow cabinet experience, some MPs believe it could be good to have a candidate untainted by the Johnson regime. However, he is relatively untested and some worry his focus is too much on foreign affairs and not on the domestic agenda to be an attractive option. 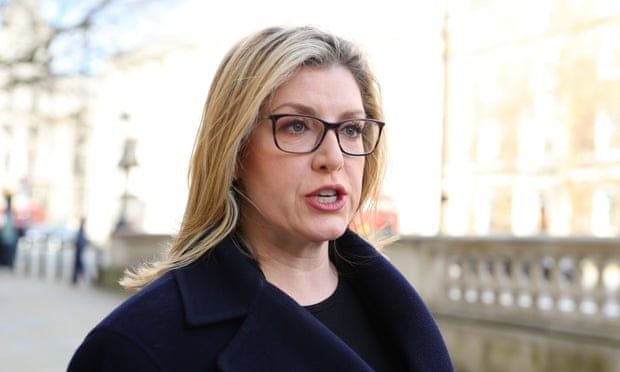 Penny Mordaunt has been forthright in her criticism of the PM over Partygate.

The former defence secretary was tipped for cabinet greatness as a Brexiter but she was viewed as disloyal under Johnson for having backed Jeremy Hunt. She has been one of the more forthright ministers when it comes to criticising the PM over Partygate and appears to be setting herself up for a run at the top job.

The defence secretary is topping ConservativeHome polls of members’ favourite cabinet ministers on account of his handling of the war in Ukraine and the evacuation of Afghanistan. He has very little public profile but Tory MPs say his popularity may have begun to make him consider a bid.

Gove has said he would not run again, but it cannot be ruled out. He has never been popular with the public, but there is a chance Tory MPs could see him as the most experienced and capable operator. Weighing against that, some of his colleagues are concerned about his recent bizarre appearance on BBC Breakfast where he put on accents and last year’s video of him dancing alone in a Scottish nightclub.