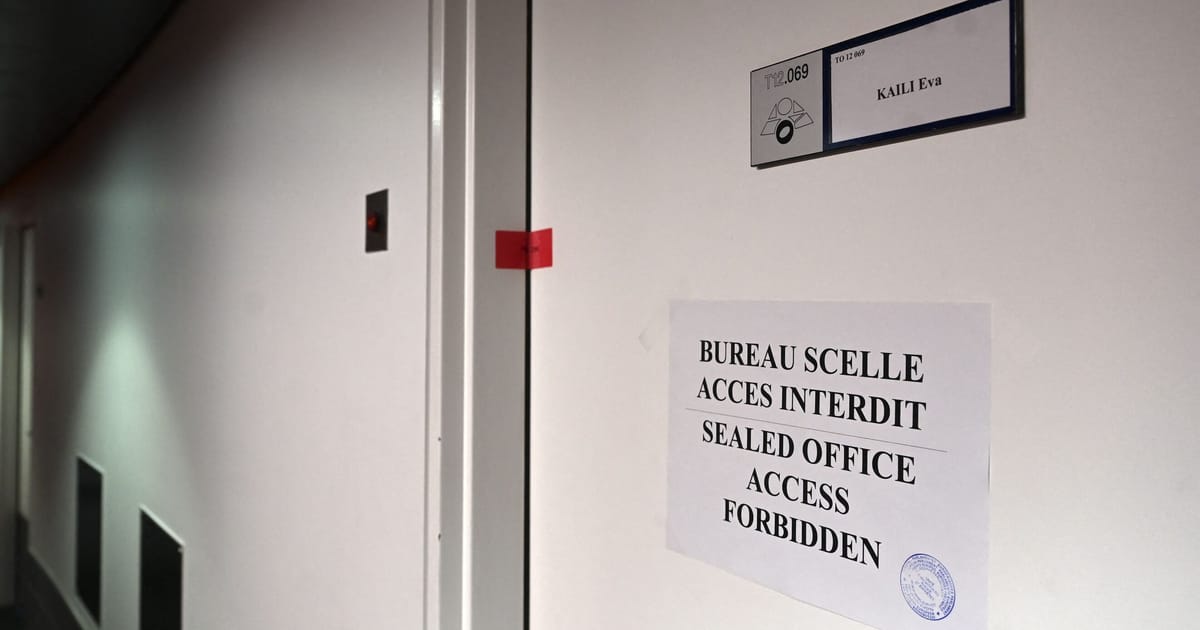 ‘We are standing in the middle of a crime scene.’ Qatar scandal deepens as suspects due in court

Some 10 offices were sealed off by European Parliament security services, according to officials — targeting roughly the same individuals who were the subjects of Friday’s sweep in Brussels.

In addition, the Strasbourg office of an aide to Italian MEP Pietro Bartolo was also shut down.
Kaili, along with three others, is expected to appear in court in Brussels Wednesday following her arrest over the weekend.

In an emotionally-charged vote in the plenary chamber, MEPs voted to strip Kaili of her role as vice-president of the Parliament, though she remains a member of the assembly. Later, lawmakers took to the floor to debate the scandal that has rocked the Parliament to the core — the alleged payment of money to at least one current MEP and one former MEP by a foreign government.

MEPs have been left reeling by the biggest corruption charges to hit the institution in years. Green MEP Hannah Neumann captured the feeling of many as she spoke of her shock at the developments. “We are all standing in the middle of a crime scene with offices sealed, colleagues in prison, confronted with the allegation that at least one of us has become a Trojan Horse of corruption and foreign interference.”

Sven Simon, of the center-right European People’s Party, was one of many who called for a shake-up to the EU’s ethics laws. “For too long we have turned a blind eye to the lobbying efforts of supposedly non-governmental actors,” he said, calling for the creation of a Foreign Agents Registration Act modelled on the U.S. system, which would introduce full transparency around the funding, government structures and budgets of NGOs.

Despite hopes among MEPs that the scandal was contained to just a few actors, there were worrying signs that the investigation could mushroom.

The office of Mychelle Rieu, an official working on the Parliament’s subcommittee on human rights, was sealed by investigators in Brussels, and some computer equipment seized. A Parliament official said that the IT equipment taken was in relation to the work of the committee — an influential body in the Parliament that is committed to raising “awareness on specific human rights situations.” The development could signal a possible new front in the corruption allegations if the work of a committee, rather than an individual MEP, is subject to investigation.

The sub-committee was previously headed by Pier Antonio Panzeri, the former Italian MEP who is at the center of the current probe and whose wife and daughter were arrested on Friday in Italy. The current committee chair, Belgian MEP Marie Arena, stepped down from her duties earlier this week.

Meanwhile, European Commission Vice-President Margaritis Schinas emphatically rejected any links to the corruption scandal, in his first public remarks since the crisis erupted. The Greek commissioner has faced scrutiny as one of the EU’s leading figures engaged with Qatar on issues such as workers’ rights ahead of the World Cup, and on removing visa restrictions for the country.

“Let me be very clear and very simple because I think this is the moment to be clear and simple,” Schinas told reporters in Strasbourg. “Across the year, all my public statements on Qatar are fully, 100 percent compatible with the position of the Commission.”

The Socialists and Democrats group — the center-left political group that counted Kaili as a prominent member until a few days ago — continued to face internal dissent and questions about its handling of the affair and its failure to spot possible corruption in its midst at a group meeting Tuesday night.

The group has launched its own inquiry into the affair. “My group and myself are shocked by this corruption case,” S&D chief Iratxe García Pérez said Tuesday morning. “I want to make it clear that our commitment to transparency is, has been and will always be absolute.”
Add Comment