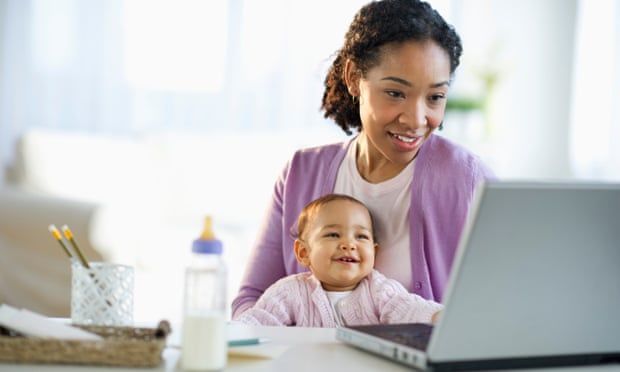 Many are unable to secure summer holiday provision as effects of pandemic continue
After a poll revealed that nearly two-thirds of working mothers do not have enough childcare during the school summer holidays this year, three parents describe the childcare challenges they will be facing this summer, and how they have been affected since the pandemic began.

Marie, 40, from Sheffield, is mainly struggling to secure adequate holiday childcare for her three-year-old.

“Holiday clubs here only take school-age children and his nursery is term time only. The only option I’ve found is enrolling him and my five-year-old in a nursery that can accept both ages, at a cost of £100 per day, which I can’t afford.

“I’m a single mum but am roping in their dad, who lives in London, to come and stay with us for a month this summer so that we juggle the childcare between us, and for two days per week we’ll both be working around them at home.

“They’ll have to watch a lot of TV, like during lockdown, since we have no other options, and of course we won’t be as effective in our jobs as we should be. It would be ideal if some paid childcare leave was an option, but at least I can take one week’s unpaid leave for childcare if I really need to.”

Marie only has 25 days of holiday a year and cannot understand why there is no more provision for the school holidays.

“I don’t see why there aren’t more holiday childcare providers available for all ages as there’s so much demand among all the parents I know. We are all so exhausted.”

Kris, 46, from Fakenham, Norfolk, was, like many other parents, unable to secure summer holiday provision.

“Thankfully my wife and I have the same summer holidays as the kids, since we’re both teachers, but in this area there is next to nothing for primary school children in terms of summer childcare, because the town’s local daycare has all but closed due to the pandemic.

“From the beginning of the first lockdown our kids’ school had no before- or after-school club. We had to fight to get any childcare. We even contacted our MP, who said there was nothing he could do. I was very unimpressed.”

Both Kris and his wife work full time, and although the school eventually reinstated some before- and after-school care, they felt they had no other choice but to change their hours to meet their new childcare needs.

“I’ve now stepped down from my senior team position and from September will have a pay cut of around 25% to be able to manage the childcare. Our normal provision won’t be coming back for some time.

“For parents who don’t have school holidays off it must be a complete disaster. We know other people who have changed or given up jobs and cut hours because of the lack of childcare in our town.”

Louise, 41, from south-east London, who works in a senior position in the medical sector, says not having childcare since the pandemic began has severely affected her health, and that her hopes to find at least some cover for the summer holidays in the form of holiday clubs were also largely dashed.

“Most of what’s out there has either stopped because of the pandemic or is full. We got our two boys into a daily activities camp for two weeks, for £50 a day per child: hugely expensive. But I live in fear of getting the call that they can’t manage my son. He’s five and potentially has autism, which takes ages to get diagnosed because of the pandemic. It’s all very isolating.

“I work full-time from home. My husband is a lawyer and also works full time. We’ve fallen off a cliff. We also have a nine-year-old with a special educational needs care plan at a mainstream school.

“After the Christmas lockdown, our childminder, who was great, sent a text message and said she had to quit and find work at a nursery due to all the restrictions. Since then I’ve tried to get the boys in the after-school club but after a couple of sessions they told me not to bring them back as they couldn’t meet their needs. I’ve looked for childminders but there are so few near me and they have no availability.”

The result was and remains not having any childcare at all.

“It’s absolute anarchy in our house. There’s just no end in sight, and I think this is the new normal for us. We’re going to have to get used to it, and I’m going to have to try and get my employer to allow me to work only certain times or go down to part-time hours.”
Add Comment