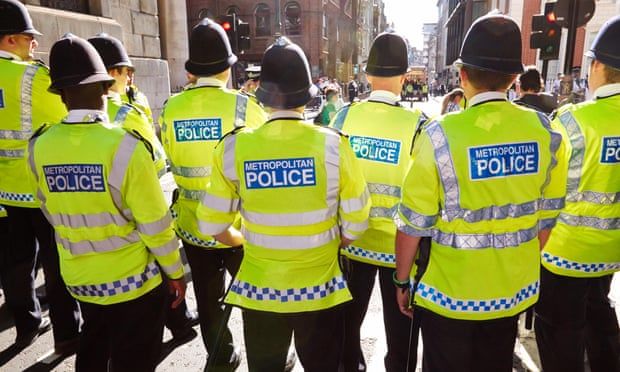 Police forces in England and Wales are responding to reports of their own officers committing domestic abuse in a way that is “significantly harming the public interest”, with just 9% of such allegations leading to criminal charges, a joint watchdog investigation has found.

The College of Policing, Her Majesty’s Inspectorate of Constabulary and Fire & Rescue Services and the Independent Office for Police Conduct heard evidence of police perpetrators of domestic abuse using their knowledge, status and powers to intimidate victims and deter them from making reports.

Data for 149 domestic abuse reports from 2018, involving suspects from 15 police forces, revealed that just 14 of these allegations, or 9%, resulted in a criminal charge, although this is a similar proportion to all domestic abuse cases from the period.

The investigation was launched in response to a so-called super-complaint submitted by the Centre for Women’s Justice (CWJ). The final 135-page report, published on Thursday, found “not all forces are treating these cases with the gravity they deserve”.

The CWJ welcomed the investigation but said it still felt the recommendations fell short of the changes needed.

Dave Tucker, the head of crime and criminal justice at the College of Policing, said: “This is the most thorough review ever undertaken of how police respond to domestic abuse cases involving their own staff, and during our investigation we heard harrowing stories from victims about the abuse they had experienced, and the further harm caused to them by a poor response from policing.

“Our recommendations will significantly improve the police response to these allegations, so that victims of domestic abuse know they will be properly protected, receive a high standard of care and a good investigation – regardless of who the suspect is. I am encouraged to see many forces already taking steps to address the issues we found.”

Misconduct investigations were not always being carried out when they should be or conducted appropriately, the report said.

The watchdogs recommended chief constables should audit all live allegations of domestic abuse against officers and staff and investigations closed within the last year. They also recommended that police forces should have plans in place to ensure suspected cases of police-perpetrated domestic abuse were investigated by someone with no prior connection to any of those involved in the allegations, including consideration of transferring cases to another force where necessary.

The police super-complaints system allows designated organisations to raise issues on behalf of the public about harmful patterns or trends in policing.

In its 2020 super-complaint, the CWJ submitted case studies where victims of domestic abuse at the hands of police officers and staff had felt dissatisfied, failed and in some cases further harmed by the poor police response.

Nogah Ofer, a solicitor at CWJ and the author of the original super-complaint, said: “We welcome the detailed investigation and consideration of the issues we have raised in this super-complaint. We are, however, disappointed that the recommendations for reform fall short of making the changes we believe are imperative to create a system that can foster trust and confidence for survivors and the public.”