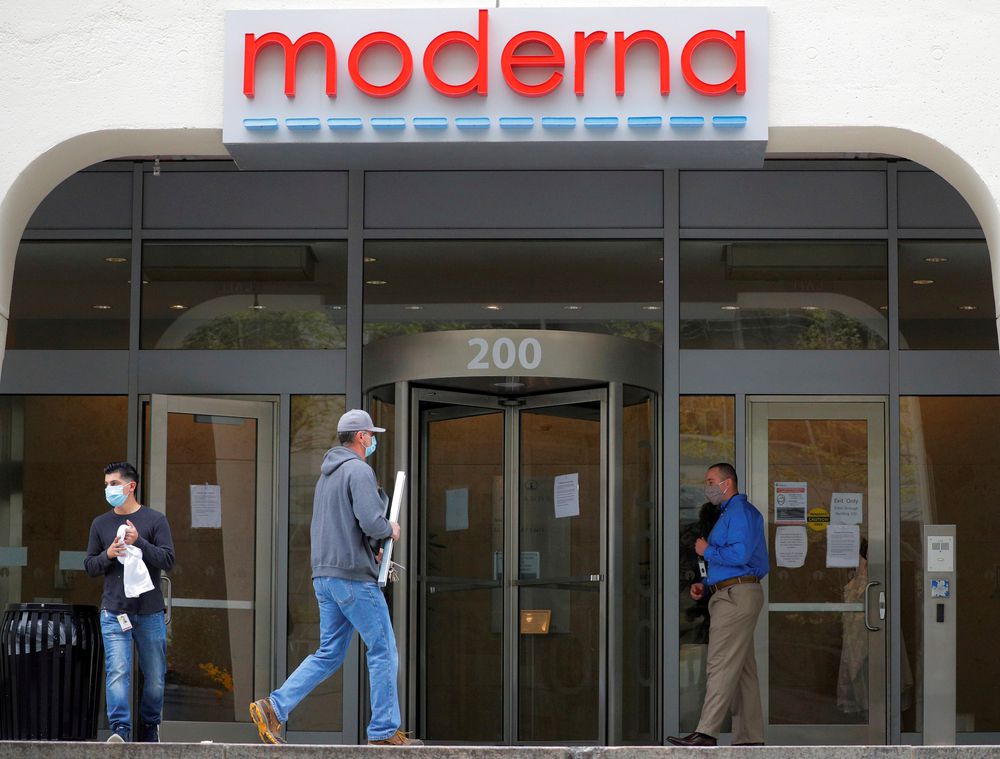 The first major study of a Covid-19 vaccine in the United States began this Monday morning with the administration of one dose to a single patient in Savannah, Georgia, the first inoculation for the Moderna and the National Institutes of Health (NIH) trial, which will evaluate the safety and efficacy of the vaccine in 30,000 people.
The Moderna vaccine, backed by $955 million in government funding, will be tested at 89 sites in the United States.

It uses messenger RNA, a synthetic form of the virus's genetic material designed to propel the body's immune system into an attack mode.

If the trial is successful, the company would produce 500 million doses of its vaccine in 2021, Moderna CEO Stéphane Bancel said in a conference call with government officials.

The first results of the Moderna trial could be available in November or December, Anthony Fauci, director of the National Institute of Allergy and Infectious Diseases, told the conference.

But he indicated that it is "conceivable" that the results could be ready as early as October, if the trial gets ready very quickly in places with a large number of cases.

The trial aims to show that the vaccine is at least 60% effective in preventing covid-19, Fauci said.

Francis Collins, director of the NIH, pointed out that it is "essential" to ensure that trial participants come from diverse backgrounds.

The NIH will weekly track the diversity of the trial to make sure it attracts patients representative of those who have been most affected by the virus in the United States, he said.

We're actually going to rely on that sense of volunteering from people from all corners of society, Collins said at the conference.

Collins also noted that a special panel at the National Academy of Medicine, a private nonprofit organization of doctors and researchers, will advise the government on the difficult decision of who could receive the vaccine first.

Collins said that at least three other phase 3 trials follow closely behind.

The following phase 3 trials will be conducted with vaccines from the University of Oxford, Johnson & Johnson and Novavax Inc., which work within the government's 'Warp Speed' initiative. Furthermore, an upcoming vaccine trial by Pfizer Inc. and BioNTech SE is also approaching a final phase study.

J&J launched its phase 1 clinical trials in the United States on Monday, and it will begin in Belgium on Wednesday, according to the company.

Modern, based in Cambridge, Massachusetts, rose as much as 11% on Monday after announcing Sunday that it will receive $472 million in a second round of funding from the United States for its final phase trial. Shares rose 7.6% in New York at 11:58 am.

The Moderna vaccine, developed in conjunction with the NIH, is one of more than 160 in development to prevent the spread of the disease, and the World Health Organization estimates that about 25 different inoculations are currently in human trial phase.

Government support for the vaccine increases our confidence in its success, BMO analyst George Farmer wrote in a note to clients. Goldman analysts led by Salveen Richter rated Moderna as one of the "most likely labs" to bring a vaccine to market, possibly before the end of the year.
#COVID-19  #vaccine  #Pfizer  #BioNTech  #Covid
Add Comment