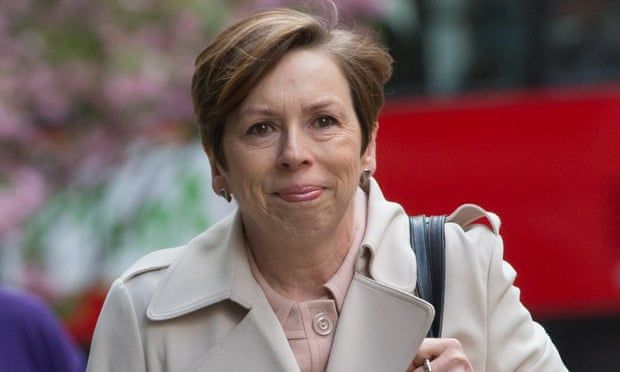 Unsworth departure opens up battle over future of BBC News

Exit likely to set off competitive and politicised recruitment process to find replacement at corporation
Fran Unsworth, the BBC’s director of news and current affairs, has announced she will leave the corporation early next year, creating a vacancy for one of the most powerful jobs in British media.

Her departure, first reported by the Guardian, is likely to set off a competitive and politicised recruitment process to find her replacement, at a time when government relations with the BBC are at a low and ministers are negotiating over the future of the licence fee.

Leading internal candidates for the top job, which gives unrivalled ability to shape the national news agenda, include Unsworth’s deputies, Jonathan Munro and Jamie Angus. However, there is already speculation within the BBC that the director general, Tim Davie, may be tempted to recruit an external candidate, a move that could open the door to more government-pleasing candidates.

Unsworth, who has worked at the BBC for more than four decades, said in a statement: “After more than 40 years with the BBC, I have decided that the time is right for me to hand on the job of leading the world’s best news organisation.

“I have had a ringside seat at some momentous events, including the Falklands war, the Troubles in Northern Ireland, wars in the Middle East, the death of Princess Diana, 9/11 and countless general elections. It has been a great privilege.

“The jobs I’ve done have not always been easy. Undoubtedly, some were more fun than others. But I am proud to have done all of them – and to work for an organisation which has such a vital and precious role in the UK and around the world. The BBC is free of commercial and proprietorial pressure. Our bosses are the audiences we serve. I am honoured to have been be part of it.

“I leave BBC News in the hands of an incredibly strong team which is committed to remaining at the forefront of the world’s journalism. Through them, the BBC will be as relevant as it has been for the last 100 years. I am proud to have served BBC News and our audiences.”

Unsworth, a lifelong BBC employee, has held almost every senior position in BBC News including the top news job at the national broadcaster since January 2018, overseeing its news and current affairs output. She is one of a handful of senior executives who sits on the BBC board, the organisation responsible for setting the corporation’s overall strategy.

She is due to address staff on Tuesday afternoon about BBC News’ ongoing restructure and job cuts, in which many journalism roles will be moved outside London and other staff will take redundancy. The process was delayed by the coronavirus pandemic, leaving many anxious staff unsure of their positions for more than a year.

During the first half of her stint as director of news, Unsworth found herself thrust into a brewing culture war. She dealt with the fallout of the Brexit referendum, criticism from Labour supporters that the BBC was undermining the former Labour leader Jeremy Corbyn and attacks from an emboldened Conservative government who felt the BBC’s output was too leftwing.

More recently, she has overseen the BBC’s coverage during the coronavirus pandemic, keeping output on air as audiences turned to the corporation’s news services during lockdowns.
#Coronavirus
Add Comment