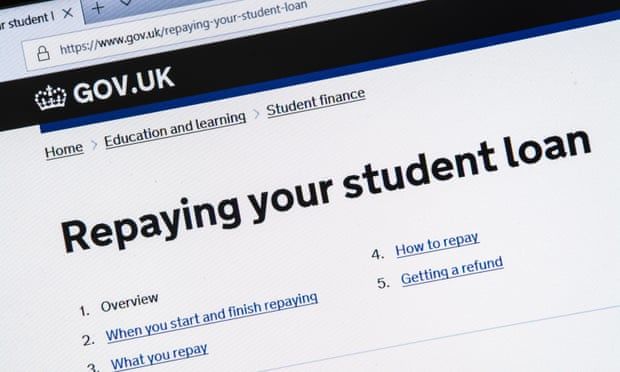 Exclusive: the Treasury is known to be unhappy about the cost of student loans that are never paid back
High-level discussions have been held in Whitehall over controversial proposals to cut university tuition fees from £9,250 to £8,500, sources have told the Guardian.

Officials from No 10, the Treasury and the Department for Education (DfE) are said to have been engaged in “lively” talks about a possible cut to fees but have struggled to thrash out an agreement in time for the chancellor’s spending review.

An announcement on changes to higher education is long overdue following the 2019 Augar review of post-18 education, which recommended tuition fees were cut from £9,250 to £7,500 as part of a radical overhaul of university funding.

According to one source, the Treasury has been pushing for a tuition fee cut to £8,500, which would reduce the amount undergraduates have to borrow and in turn the amount of unpaid debt picked up by the state if they fail to repay the fees within 30 years.

The cut is said to have been opposed by officials at the DfE and No 10, who warned it could have a devastating impact on universities’ finances when they are already under pressure from rising inflation.

Ministers have also been considering cutting the threshold at which graduates begin to repay their tuition and maintenance loans, from just over £27,000 to £23,000 as part of an overhaul of student financing designed to save the Treasury billions of pounds.

Sources suggested there may be little detail on higher education in the chancellor’s spending review on Wednesday, with an announcement at a later date once an agreement has been finalised.

Nick Hillman, director of the Higher Education Policy Institute (Hepi) thinktank and special adviser to the universities minister in 2012 when tuition fees in England were raised to £9,000, said debates in Whitehall on the issue had been lively.

He thought that cuts on the scale recommended by Augar looked increasingly unlikely in the current climate, though a smaller reduction may be more palatable and might have stayed on the table.

“The Augar recommendation of a cut of almost 20%, to £7,500, has come to look implausible, especially in the context of rising inflation, as it would have a dramatic impact on institutional finances,” he wrote in a Hepi blog.

With outstanding student loans reaching £140bn last year, the Treasury is desperate to reduce the cost of the student loan system in England. Hillman later told the Guardian the Treasury was “very, very keen” to save money on higher education.

“As far as I can tell there has been serious thought in the Treasury on the idea of lowering the student repayment threshold. My feeling is there will be no across the board reduction in fees right now.”

Under the current system, graduates repay 9% of their income over the first £26,575. Interest is charged on the outstanding amount but the total remaining including interest is wiped by the government 30 years after graduation.

On other possible higher education developments, Hillman said he was concerned there may be a “slowing down” of the government’s past firm commitment to have 2.4% of UK GDP spent on research and development by 2027.

A government spokesperson said: “The student loan system is designed to ensure all those with the talent and desire to attend higher education are able to do so, while ensuring that the cost of higher education is fairly distributed between graduates and the taxpayer. We do not comment on speculation in the run up to fiscal events.”
Add Comment