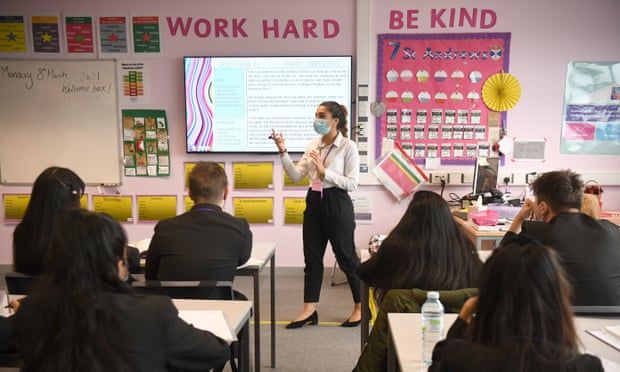 Policy is helping to curb spread of Covid and should not be scrapped, Gavin Williamson is told

Ministers should not “rush into” a decision to ditch face masks in schools in England because the existing policy is helping prevent the spread of Covid, the leaders of five major unions say.

The Department for Education (DfE) and Public Health England (PHE) have been conducting a rapid review of guidance that recommends that children and teachers should wear face coverings to prevent the spread of Covid-19, with the possibility that masks should not be worn when the summer term starts after Easter.

That would be a mistake, according to a joint letter to Gavin Williamson, the education secretary, from the leaders of GMB, Unison, NASUWT, the National Association of Head Teachers and the National Education Union.

The unions, which represent teachers, heads and other school staff, say masks may be helping suppress Covid transmission in schools and are not causing disruption to learning. 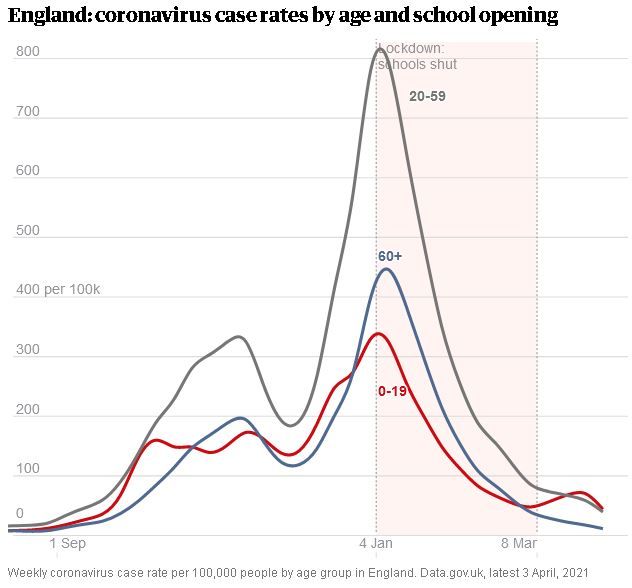 “None of us wants to see pupils or staff wearing face coverings for longer than is necessary,” the letter states.

“However, it is our shared view that the government should not rush into changing this policy at short notice without careful consideration of the scientific evidence surrounding the wearing of face coverings in schools.”

The unions say there is “a strong scientific consensus” that masks “can and should” be part of anti-Covid measures.

“The research suggests that they cut down the chances of both transmitting and catching the coronavirus,” the leaders say. “We have also seen the emergence of more recent studies that suggest that they can help to reduce transmission of the virus within schools.”

A study of more than 500,000 parents in the US by researchers at Johns Hopkins University showed that people living with children educated in schools had a raised risk of catching Covid, but that measures to prevent transmission, including face masks, helped reduce the risk.

The latest government data shows that the number of Covid cases has been falling less steeply in the last few weeks and the R number of how cases are spreading is broadly flat or shrinking by up to 4% a day.

But while cases for most of the population are falling, there has been a rise among those aged 10-19 for the last four weeks, according to the latest PHE Covid surveillance report.

“While the DfE’s own data has shown a recent increase in the number of pupils absent for Covid-19 related reasons, it is not unreasonable to assume that the wearing of face coverings could actually be restraining this increase,” the union leaders say.

“The feedback we have received so far from members is that, for the most part, the face coverings policy is being well adhered to and not causing any significant disruption in schools.

“We have also received feedback to suggest that a significant number of pupils, parents and staff have reported feeling safer as a result of wearing face coverings in schools.”

Groups such as Parents United UK have stressed concerns that children who become infected with Covid may pass on the disease to their parents, who are more vulnerable to becoming seriously ill.

But masks have been opposed by some groups including UsforThem, which has said it will take legal action against Williamson if he does not withdraw the guidance on masks.

The group is politically influential – it is advised by a Conservative lobbyist and has the backing of Tory MPs such as Steve Baker, who formed the Covid Recovery Group last November to argue that lockdown restrictions were unnecessary, when the death toll was less than 50,000.