The UK is welcoming tens of thousands rich citizens from Hong Kong on a new fast-track to citizenship, while Priti Patel, the racist Indian immigrant who became the UK's Home Secretary, blocked the urgent humanitarian entry of a much smaller number of poor, desperate Ukrainian war refugees, most of them women, kids, and the elderly. Racism or greed? Both, as always…

Government data showed that residents leaving Hong Kong (for good) withdrew a total of HK$2.384 billion (US$305 million) from their Mandatory Provident Fund (MPF) pensions in the last quarter of 2021, after a year of upheaval for the financial hub.

They got instant residual status and fast access to a British passport on a new path to citizenship designed for Hong Kong immigrants. No less than 65,000 people have secured this since 2019.

But, when it comes to the poor Ukrainian war refugees (who are generally speaking smarter and harder working than many citizens of Hong Kong), Britain is failing to live up to its claim to be 'leading the world in helping war victims'. This is not only my view, but also that of President Emmanuel Macron: ‘I would hope that the Ukrainian men and women who have lived through horror and crossed Europe to reach their families on UK territory will be better treated’.

The Home Office was accused on Sunday of asking newly arrived Ukrainian refugees how long they plan to stay in the UK as the government came under mounting criticism for its response to the victims of the humanitarian crisis.

The home secretary Priti Patel was, on Friday, again forced to change visa rules for Ukrainians with relatives in the UK. More family members will now be included – though many remain excluded – and length of stay is extended from one to up to three years. But critics said the policy fell significantly short of the UK’s international obligations and that it was ungenerous in comparison to the EU, which has pledged to welcome refugees with “open arms”.

Continuing confusion over the Home Office’s latest response to the deepening humanitarian crisis yesterday prompted the UN to intervene, setting out a number of ways that the UK government should act to help those fleeing Ukraine.

Only after growing criticism against Priti Patel's racism  does she pretend to change her mind and relax, somewhat, her 'crimes-against-humanity' policy.

Background: Hong Kong had been under British rule for over a hundred years, as a colony that was never given the right to be a democracy.

After the British returned the territory to China, its original owner, the British demanded that Hong Kong "remain" a democracy. But "remaining a democracy" was misleading  because Hong Kong in fact had never been one.

Then, to destroy Hong Kong's economy, Britain offered every one of the ten million Hong Kongers the option of immediate immigration to the UK and a fast track to British citizenship .

So the trick designed to destroy the Hong Kong economy and its social structure by mass abandonment in favor of British citizenship failed.

Now in Ukraine there is a terrible war, in which the men were left behind to fight. Those heroes sent their wives, children and parents to flee to a safe zone.

To them British immigration is a closed door, even though they are endangered war refugees, and much more European than the Hong Kong people. But they come without money.

Look at the wretched Ukrainian refugees on the UK borders, and at the brutal Indian immigrant who became a minister. These pictures say it all... 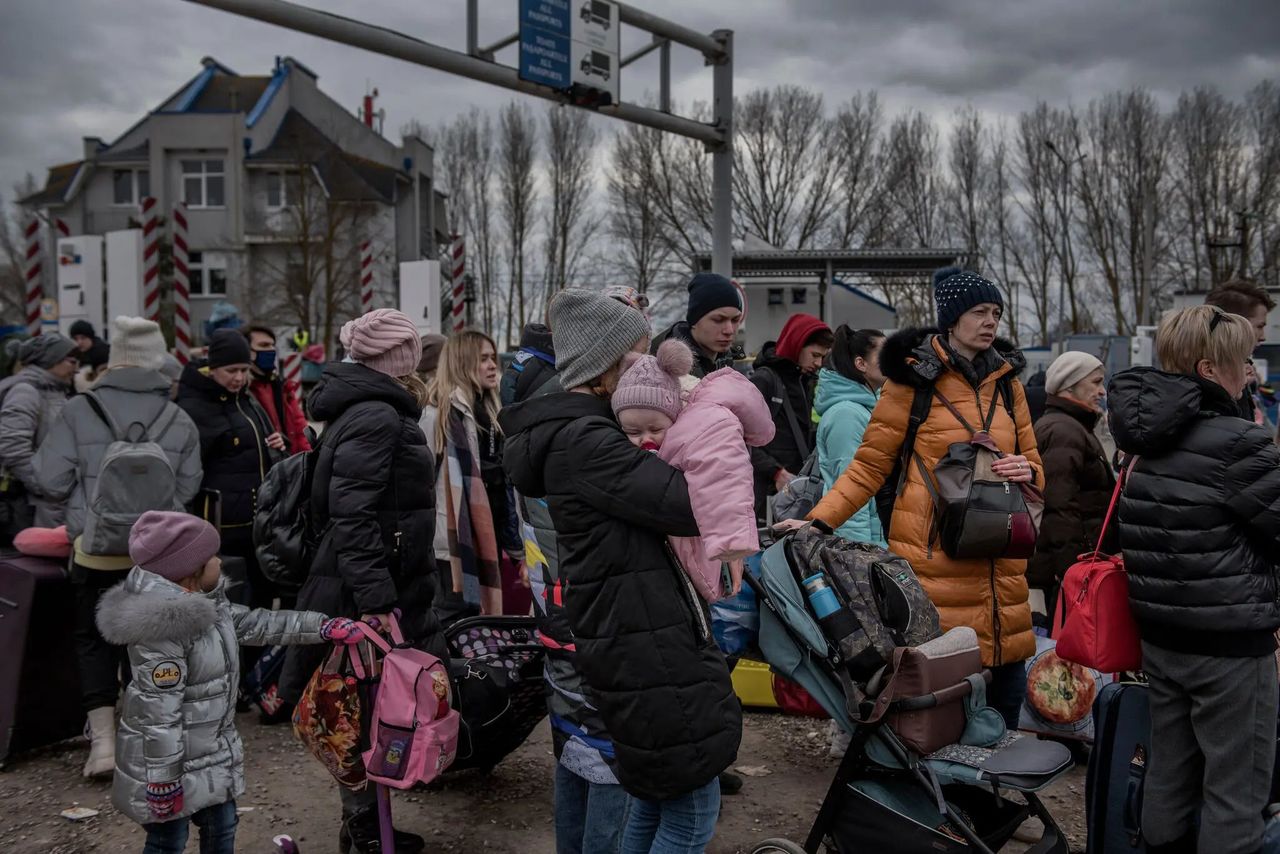 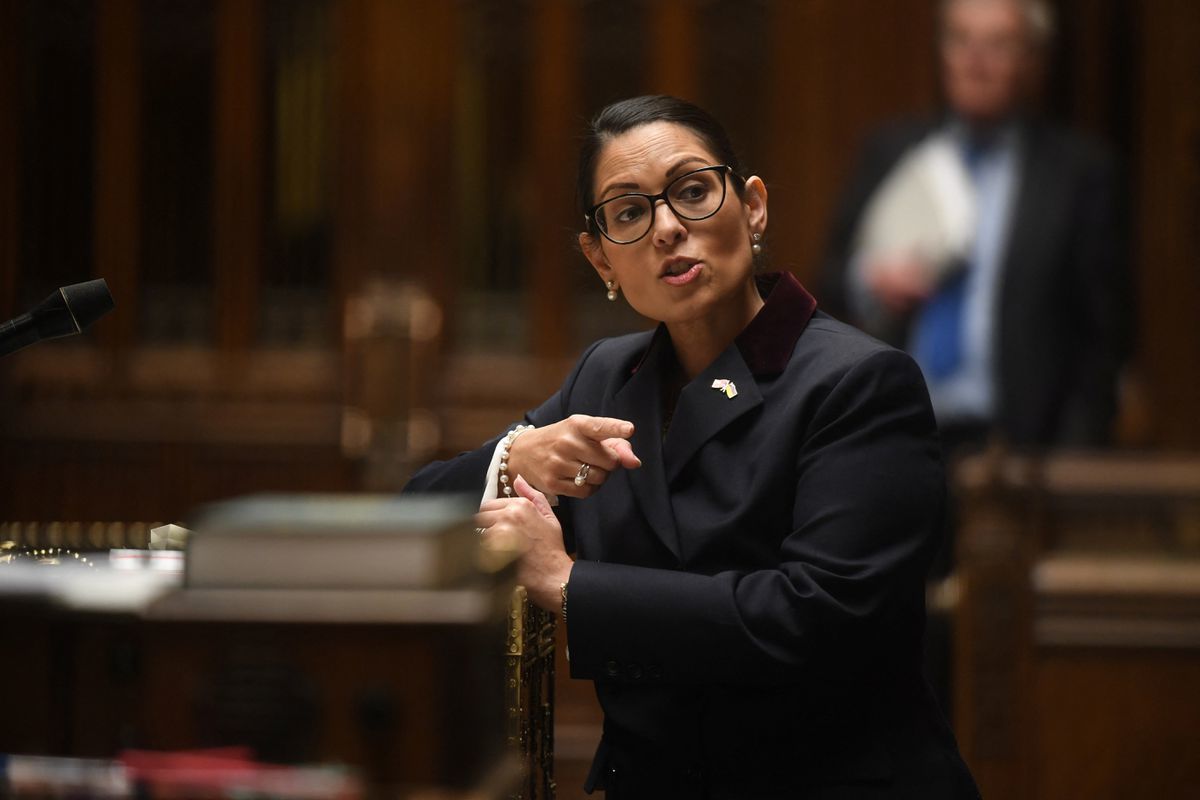 In the Bible, God describes the two revolutions that mark the end of humanity: a slave who suddenly become a king, and  a slave-women who inherit her landlady. Patel's wrong behavior might explains the rationale behind this biblical vision.