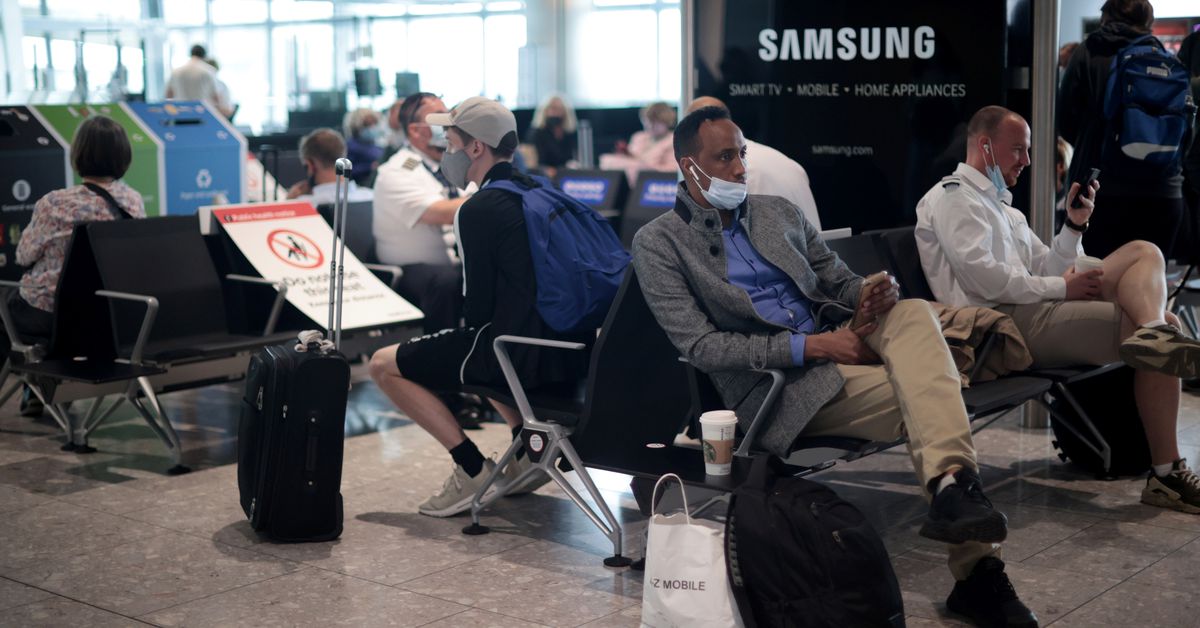 Britain will next month publish plans to allow fully vaccinated people to travel unrestricted to all countries except those with the highest COVID-19 risk, in a boost for a travel industry wrecked by the pandemic.

Airlines welcomed the move and they were further cheered by news late on Thursday that Britain will add Malta, Spain's Balearic Islands and the Portuguese island of Madeira to its "green list" for safe travel spots from June 30.

"Thanks to our successful vaccination programme, our intention is that later in the summer UK residents who are fully vaccinated will not have to isolate when travelling from amber list countries," Transport Minister Grant Shapps said.

"We'll set out further details next month," he tweeted.

"The Department for Transport declined to say if the easing of restrictions for fully vaccinated travellers would take place in a matter of weeks or months.

"There are jobs at stake, Britons separated from family members and we cannot afford to allow the success of our vaccine programme to be wasted."

EasyJet (EZJ.L) said the reopening fell short of a safe and sustainable easing of restrictions promised by Britain's government.

"The science shows that travel to many European countries would have very little impact on hospitalisation and this is even more the case now given that COVID cases in Europe have declined," said EasyJet chief executive officer Johan Lundgren.

The government has come under increasing pressure to ease restrictions as the peak July and August holiday season approaches.

Pilots, cabin crew, travel agents and other workers from the travel industry held protests on Wednesday, calling on the government to open up more routes, while BA, easyJet and TUI backed a court case questioning the government's travel rules.

Britain has one of the fastest vaccination programmes in the world but so far the government has effectively prevented travel to most countries through quarantine and testing rules, prompting the industry to warn of multiple business failures and job losses.

"We celebrate that the government's work has borne fruit and Britain has valued the Balearics' excellent health situation to open it as a safe destination for its citizens," Spanish Tourism Minister Reyes Maroto tweeted.

Eritrea, Haiti, Dominican Republic, Mongolia, Tunisia and Uganda will be added to Britain's red list for the most severe travel restrictions, Shapps said.

Israel will be added to the green watchlist - meaning it could be downgraded to an amber list country that means travellers must isolate on return.

Any wider reopening of travel from the UK faces a new challenge as European destinations could start to restrict entry.

German chancellor Angela Merkel said on Wednesday she would like European countries to require people entering from Britain to go into quarantine, as is the case in Germany, citing the high prevalence of the more infectious Delta variant in the UK.