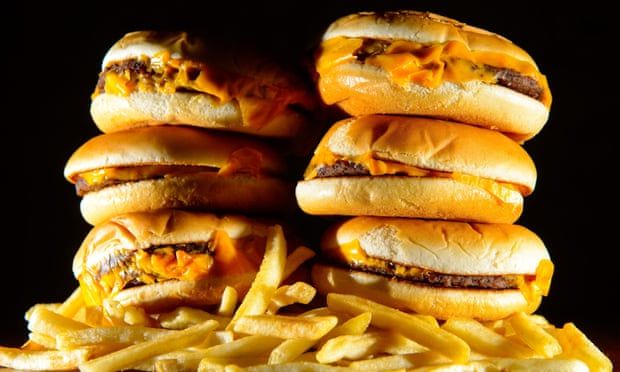 Prohibition of adverts for products high in fat, salt and sugar could cost broadcasters more than £200m annually in revenue
The government is poised to announce a ban on junk food advertising online and before 9pm on TV from 2023, as Boris Johnson looks to deliver on his pledge to tackle the UK’s growing obesity crisis.

The new measures, which will be some of the toughest marketing restrictions in the world, will heavily impact the more than £600m spent by brands on all food advertising online and on TV annually.

The 9pm pre-watershed ban on advertising TV products deemed to be high in fat, salt and sugar (HFSS) could cost TV broadcasters such as ITV, Channel 4, Channel 5 and Sky more than £200m a year in revenue.

The online ad ban would affect all paid-for forms of digital marketing, from ads on Facebook to paid-search results on Google, text message promotions, and paid activity on sites such as Instagram and Twitter. It is estimated that more than £400m is spent on advertising food products online in the UK annually.

The tough rules, which are expected to be announced as soon as Thursday, follow Johnson changing his view on personal health decisions after his hospitalisation with coronavirus last year. The prime minister is said to blame his own health issues for contributing to his illness. Overweight people are at greater risk of severe illness or death from Covid.

Research has found that one in three children leaving primary school are overweight or obese, as are almost two-thirds of adults in England. Last year, the government’s consultation on proposals to implement a ban estimated that children under 16 were exposed to 15bn junk food ads online in 2019, compared with 700m two years earlier.

However, the new restrictions include a significant number of “carve-outs” and exemptions which mean that they will fall short of the total ban proposed last year, which the advertising and broadcasting industry said was too “indiscriminate and draconian”.

For example, brand-only advertising online and on TV will continue to be allowed. This means a company often associated with poor dietary habits, such as McDonald’s, will be able to advertise as long as no HFSS products appear. Brands will also be allowed to continue to promote their products on their own websites and social media accounts.

The government is also to exempt a range of products from inclusion in the ban after the definition of junk food products proposed last year would have meant that the advertising of items including avocados, Marmite and cream would have been blocked.

These will include products not considered as traditional “junk food”, such as honey and jam, but will also cover zero-sugar drinks and McDonald’s nuggets, which are not nutritionally deemed an HFSS product.

Small and medium-sized companies – those with less than 250 employees – will continue to be allowed to advertise junk food products.

In addition, the business-to-business market – companies that do not target consumers but are part of the food industry supply chain – will still be allowed to advertise HFSS items.

Junk food advertising will still be allowed through audio media, such as podcasts and radio, and there will be no new restrictions for the out-of-home sector, which includes billboards, poster sites, on buses, and in locations such as railway stations and airports.