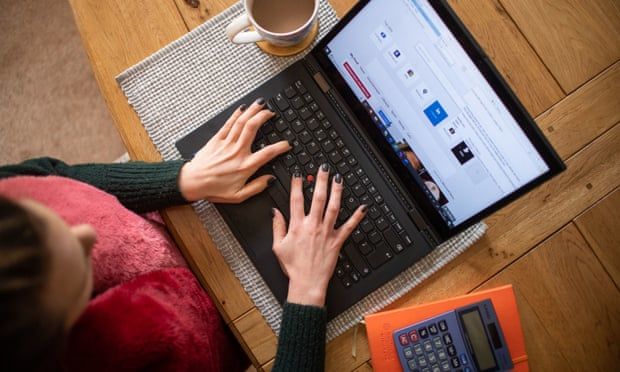 Plan to make employers respond more quickly to requests and explain reasons for refusals under proposals
Employees will have the right to request flexible working from the moment they start a job, with companies obliged to explain their reasons if it is then refused, the government will propose in a consultation document this week.

The plan would also oblige employers to respond to such requests more quickly, and is being billed as a major reshaping of the way people work in a post-pandemic world, making flexible work the default.

But before the release of the document, unions are warning that the proposals do not go far enough and that rather than obliging people to ask for flexible working, job adverts should set out what sort of options are available for the role.

The consultation document, due to be published on Thursday by the Department for Business, Energy and Industrial Strategy (Beis), comes from a wider programme called the Good Work Plan, begun in 2019.

It is examining the full range of flexible working, including working fewer or different hours, or so-called compressed hours – working more hours on fewer days – working from home for some or all the time, and job shares.

While the proposals have not yet been released, it is understood that the key recommendation will be to allow people to seek flexible working from day one of a job rather than, as now, having to wait for six months.

In addition to this, businesses will be obliged to respond to requests quicker than the current maximum of three months. If a request is refused, the employer will need to explain why and suggest an alternative work arrangement.

The TUC has said this would not be enough to fulfil the government’s manifesto commitment to make flexible working the default option, pointing out that at least some workers have been able to request flexible working under law since 2003, and that beyond the explosion of remote working during Covid, little has changed since then.

Sue Coe, the TUC’s senior equalities policy officer, said labour force survey statistics showed that between 2013 and 2020 the proportion of people who did any kind of flexible working rose only from 26% to 30%.

“If you look at that, does it say to you this is a policy that’s working but needs a little bit of fine-tuning to make it work?” she said.

Angela Rayner, Labour’s deputy leader, said: “Labour will give workers the right to flexible working – not just the right to request it – and give all workers full rights from day one on the job.

“The ‘new normal’ after this pandemic must mean a new deal for all working people based on flexibility, security and strengthened rights at work.”

Other statistics showed that one in three requests for flexible working were refused, while research carried out by Beis and the Equalities and Human Right Commission said almost four in 10 employed mothers had not requested some type of flexible working they would like. This was often because they assumed it would be turned down, but many women also said they feared that to work flexibly would damage their careers.

“What we have always said is that a right to request is a right to be turned down for too many,” Coe said. “What’s the government is trying to achieve is laudable – to make flexible working the default. But even for people who don’t get turned down, what we see all too often is people, particularly women, paying the price for flexible working because it is not the default.”

Covid had shown how one type of flexible work, working remotely, could be arranged for millions of people almost instantly, Coe said. “Of course, you can’t work from home if, say, you’re a train driver. But what the pandemic has shown us is that flexible working is eminently achievable. What we need is the ambition to make default flexible working a reality rather than this limited fiddling around the edges of a policy that we have already seen has failed.”

While Beis is not commenting before the consultation is released, officials are understood to believe that the proposals are a sensible attempt to find a balance between the needs of staff and those of employers.
#Covid
Add Comment