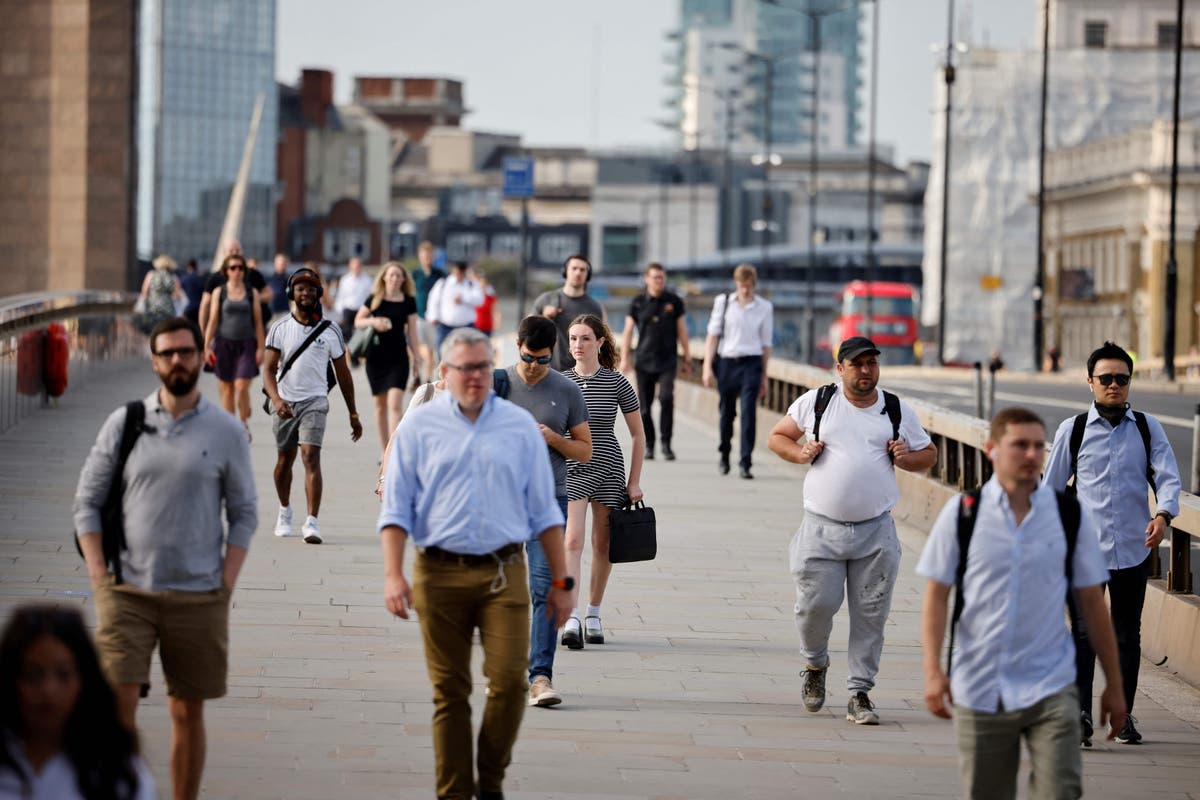 Britain reported more new Covid-19 cases on Wednesday than any other country in the world except for America, the Standard can reveal.

The UK has been at or near the top of the global league for new infections for several days now following a steep rise in cases as a third wave sweeps the nation.

The 44,104 fresh cases detected in Britain over the past 24 hours is greater than that witnessed by almost all countries currently battling the biggest outbreaks of cases, including Indonesia, India, Brazil, Russia and Spain, analysis shows.

It comes as debate continues to rage over Boris Johnson’s decision to relax almost all coronavirus restrictions on so-called ‘Freedom Day’ on July 19.

The government’s handling of the pandemic came under further scrutiny earlier on Wednesday as Labour leader Sir Keir Starmer blasted mixed messages from ministers over the need to self-isolate if someone is “pinged” by the NHS test and trace app.

Sir Keir warned the country faces a “summer of chaos” as he highlighted policy changes over isolation exemptions for people pinged by the NHS app and vaccine passports for nightclubs.

Britain’s rising Covid cases is also having a major impact on international travel with several countries imposing new restrictions on travellers from the UK.

The latest is Croatia, which announced on Wednesday that obligatory Covid-19 tests would be imposed for visitors coming from Britain, as well as Russia and Cyprus, from July 26. 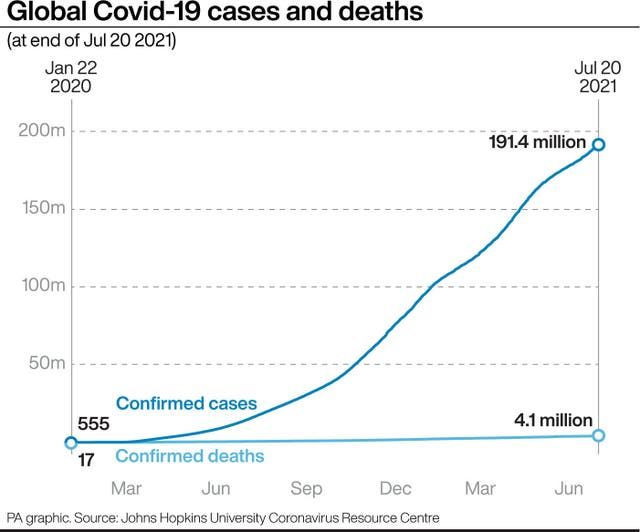 Currently topping the international table of new cases is the United States, which suffered a disastrous third wave of coronavirus over the winter, with new cases peaking at more than 300,000 on January 8.

It had successfully driven cases down to as low as 3,491 on July 4 amid a relatively successful rolling of vaccines.

But the country now stands on the cusp of a deadly fourth wave with new cases jumping to 61,965 on Tuesday, with the highly-infectious Delta variant now accounting for 83 per cent of cases.

The next worst-hit country after the UK in terms of Covid cases on Wednesday was India, which posted 42,015 new infections. It also posted its highest number of Covid deaths in nearly a month - at nearly 4,000 - after Maharashtra added 3,509 previously unreported fatalities.

The sudden appearance of previously unrecorded deaths has lent weight to suspicion that India’s overall death tally is significantly more than the official figure. India’s tally of infections stands at 31.22 million, with a death toll of 418,480, according to official data. 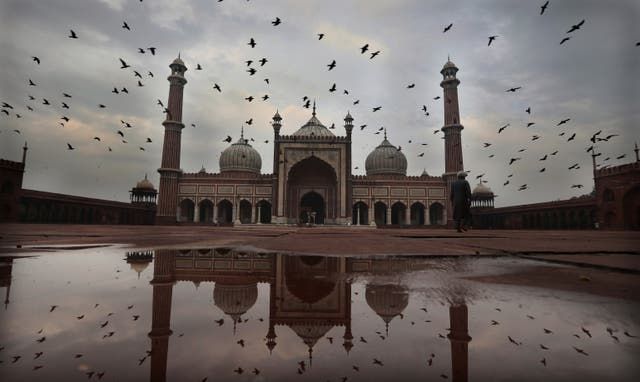 But the Washington-based Center for Global Development estimated said in a report on Tuesday that India’s real death toll from COVID-19 could be as high as 4.9 million.

The third highest after the US and the UK is Indonesia, which on Wednesday posted 33,772 new cases, taking the country’s total coronavirus caseload to nearly three million. Indonesia is currently grappling with the worst coronavirus outbreak in Asia and reported a record high 1,383 deaths from Covid-19 on Wednesday, taking its overall death toll to around 77,000.

It comes as the World Health Organisation announced on Wednesday that there were more than 3.4 million new global cases of the coronavirus last week, a 12 per cent increase from the previous week.

However the UN health agency says the number of deaths is continuing to decline, with about 57,000 in the last week.

“At this rate, it is expected that the cumulative number of cases reported globally could exceed 200 million in the next three weeks,” WHO says.

It noted the highest increases in Covid-19 cases were in the Western Pacific and European regions. In the past week, WHO said the highest coronavirus infections were in Indonesia, Britain, Brazil, India and the U.S.