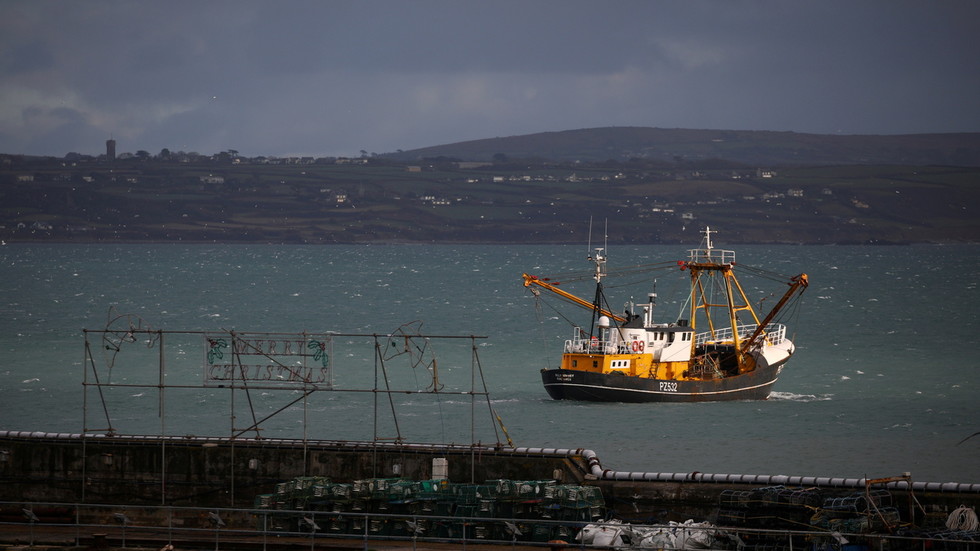 Downing Street has said the UK is not considering lowering the evidence threshold for granting fishing permits to French trawlers, as the two countries continue to spar over post-Brexit fisheries access.
As the row escalated in recent weeks, the French and British governments each insisted they were themselves adhering to the post-Brexit trade deal penned by the UK and EU, while accusing the other of not.

Speaking on Wednesday, Prime Minister Boris Johnson's spokesman dismissed the notion that Britain could make it easier for French fishermen to gain licences to operate in UK waters after Brexit.

“We remain confident that we are enforcing the rules as set out. We have taken a number of steps to assist the French fishing fleet in providing the necessary evidence,” the spokesman noted, responding to a journalist who asked if lowering the threshold could be a solution.

Also speaking on Wednesday, French government spokesman Gabriel Attal said that Clement Beaune, secretary of state for European affairs, will meet the UK’s David Frost on Thursday to see if a solution can be reached. Attal told the Council of Ministers that there will be a European Commission meeting on the matter on Friday.

"I would like to remind you that it is first and foremost a European subject and therefore the meeting at the European Commission will be very important and it will be necessary to await” before deciding any further actions, Attal continued.

France had previously threatened to sanction the UK – including even potentially cutting off power to the Channel Island of Jersey.

Responding to the threatened sanctions, British Foreign Secretary Liz Truss gave Paris 48 hours to resolve their issues and cease their “unreasonable threats,” or the UK would look to trigger a dispute resolution mechanism in the trade deal “to take action.”

On Tuesday, UK Environment Secretary George Eustice said that some 1,700 EU vessels have been licenced to fish in UK waters since Britain left the EU, 750 of them French. He noted that there were some 55 vessels who had failed to provide evidence that they had fished the waters around Jersey during the so-called reference period. Without the history data, the permits could not be granted in accordance with the Withdrawal Agreement.

The issue escalated further last week, prior to Johnson and French President Emmanuel Macron meeting in Rome and Glasgow for the G20 and COP26 summits, after French authorities detained a Scottish scallop trawler for allegedly fishing without a permit in its waters.

Later on Wednesday, the trawler set sail for Britain after a French court released the vessel, overturning a demand from officials that its captain pay a €150,000 ($174,000) bond before it could exit the jurisdiction.

“We are obviously delighted and relieved that the vessel can leave and our crew can get home,” Andrew Brown, a director of Macduff Shellfish, which owns the vessel, told Reuters after the ruling. Brown said the crew of the Cornelis Gert Jan, who have remained in France since its seizure a week ago, were in “good spirits.”

The captain still faces a potential fine of €75,000 ($87,000) and is to appear before the Criminal Court in Le Havre next August for allegedly fishing in French waters without the requisite authorisation.
#Boris Johnson  #Johnson
Add Comment