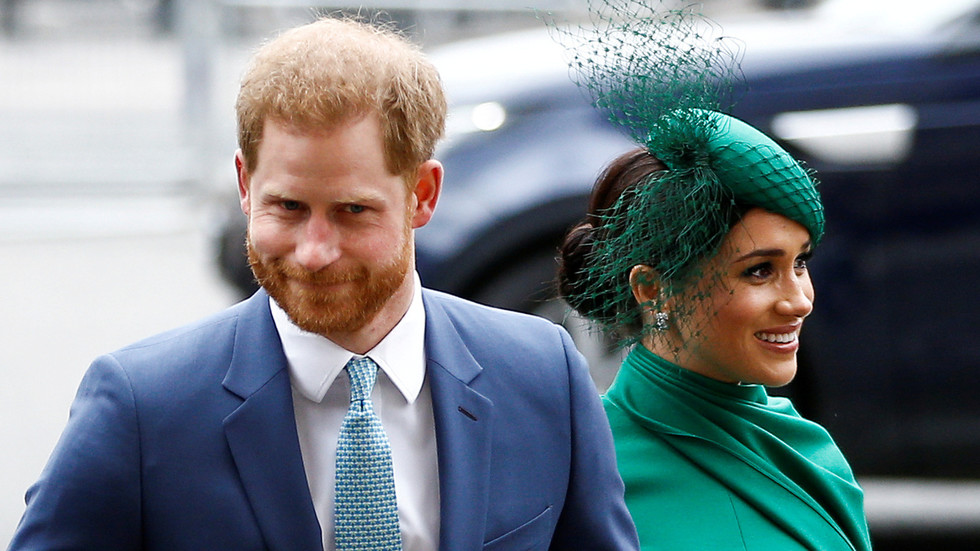 The UK’s Prince Harry and the Duchess of Sussex, Meghan Markle, have become the latest celebrities to sign an exclusive multi-year podcast deal with Spotify.

Their new venture Archewell Audio will undergo a full launch next year, with the couple first presenting a ‘holiday special’ later this month, closer to Christmas.

In a statement on Tuesday, Prince Harry and the Duchess of Sussex claimed they “love” podcasting because it allows people “to connect to one another without distraction.”

“With the challenges of 2020, there has never been a more important time to do so, because when we hear each other, and hear each other’s stories, we are reminded of how interconnected we all are,” the pair added.

Spotify’s Chief Content Officer Dawn Ostroff heaped praise on the couple in her own statement, calling the California residents “citizens of the world” who are “seeking to elevate underrepresented voices” as part of their show.

Archewell Audio already has a page ready on the Spotify platform, with a two-minute trailer which gives listeners a taste of what to expect from the production company.

In the trailer, after the two briefly discussed who should speak before the other – with Harry proposing “ladies first” – the Duchess of Sussex says they will be talking to “some amazing people."

Prince Harry then declares that, though “so many people have been through so much pain this year, experiencing loss” and uncertainty, “2020 has connected us in ways we could never imagined through endless acts of compassion and kindness.”

Spotify’s new venture from the Duke and Duchess of Sussex – who also signed a high-value Netflix deal this year – is just the latest in a long list of high-profile podcast acquisitions during 2020, including Joe Rogan’s ‘The Joe Rogan Experience’, former US First Lady Michelle Obama’s ‘The Michelle Obama Podcast’, and a “criminal-justice podcast” from reality television star Kim Kardashian.

The announcement prompted mixed reactions on social media, as some expressed glee at the news, while others rolled their eyes.

“I think my blood pressure can’t take this much excitement in two days...I love them,” commented one person, while another called the royal couple “much-needed positive & uplifting voices.”

Others expressed less excitement for the new venture, threatening to cancel their Spotify subscriptions and claiming they would rather watch paint dry.

Another simply mused that while Markle is “ok,” Prince Harry “talks funny.”