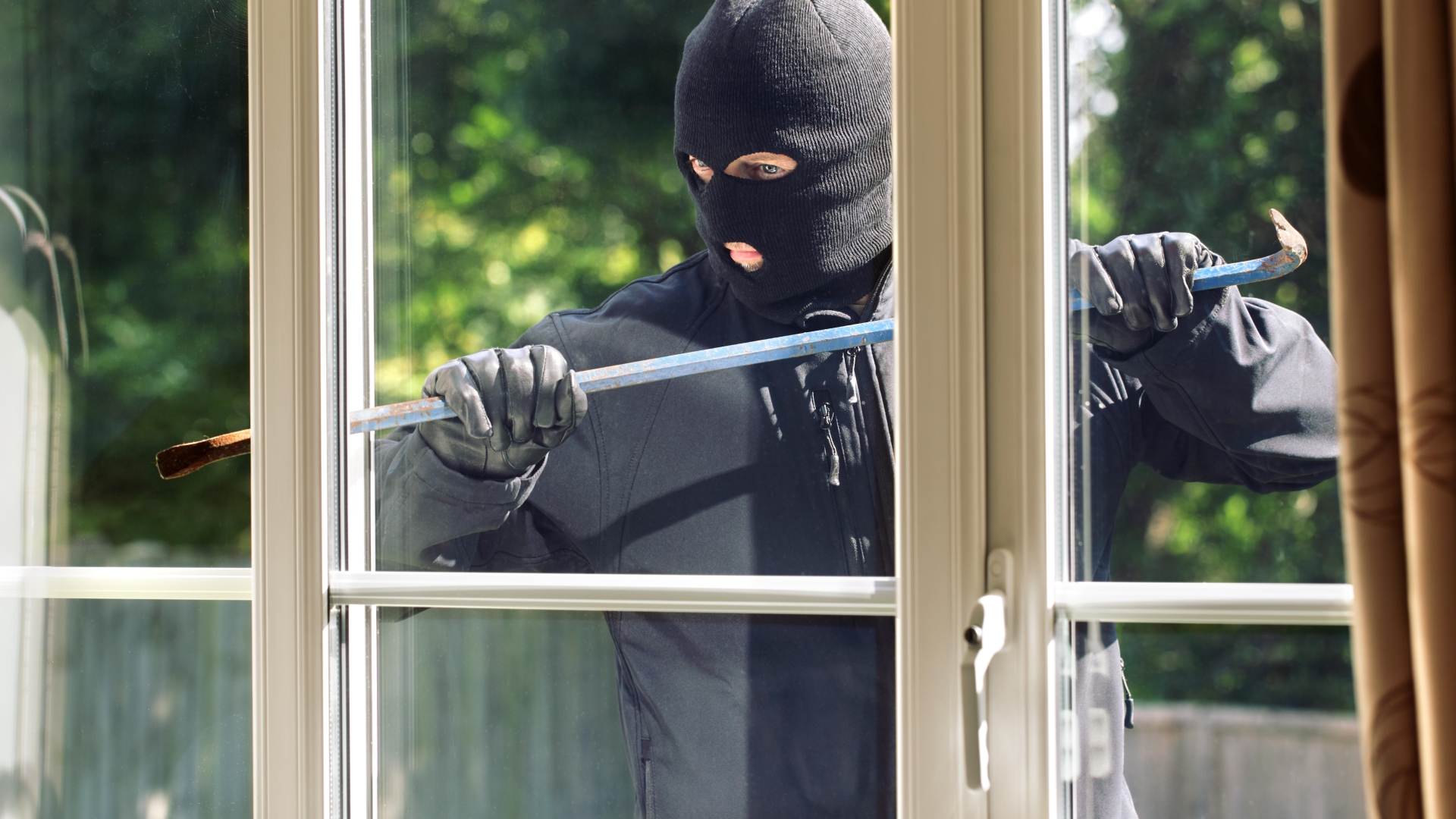 UK's most dangerous places to live for burglaries revealed

THE UK'S most dangerous places to live for burglaries have been revealed - and four of them are in the capital.

The damning new data analysed the boom in breaking and entering in recent years across the country. 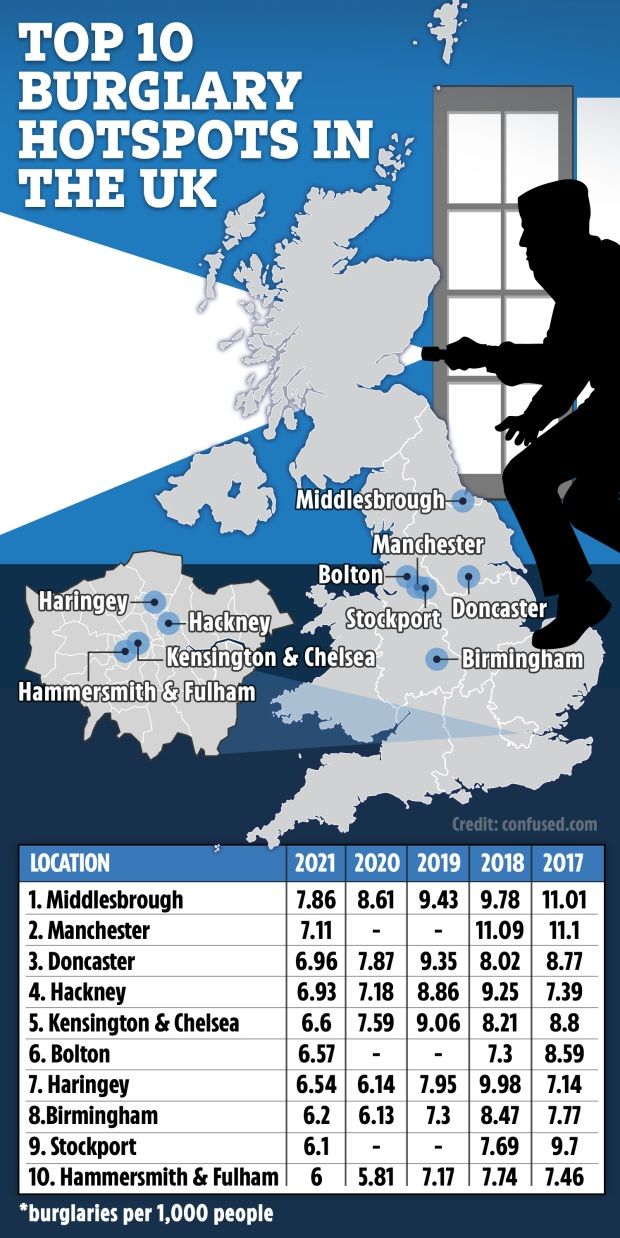 The research, carried out by Confused.com, took a look at crime rates from 2017 to 2021 to produce the perturbing pecking order.

The top ten is jam-packed with cities and boroughs in England, which will no doubt leave many double-checking their doors.

Middlesborough ranked at number one, with a rate of 7.86 burglaries reported per 1,000 people throughout last year.

Manchester followed closely behind with a burglary rate of 7.11 in 2021 by the same measure, with Doncaster in succession with 6.96.

Cops in London have been kept busy over the last few years too, recording a burglary rate of 6.93 in Hackney per 1,000 and 6.60 in Kensington and Chelsea.

The latter was made up of Stockport, who came in at 6.10, before Hammersmith and Fulham in final place with 6.00.

The figures will no doubt worry homeowners in the areas, who fear they are sitting ducks in burglary hotspots.

But despite the doom and gloom of the terrifying ranking, the country as a whole has seen a general drop in burglary rates year on year.

Middlesbrough experienced a drastic decrease of 28.6 per cent since 2017, suggesting cops may be cracking down on home crime.

The trend continues throughout the rest of the country, with Manchester enjoying a 35.9 per cent drop over the same period.

Doncaster burglaries have also fallen by 26 per cent, Hackney by 6 per cent, and Kensington and Chelsea by 25 per cent.

Burglaries in Bolton plummeted by 30.7 per cent since 2017, while Haringey dropped by 9 per cent, Birmingham 20 per cent, Stockport 37 per cent, and Hammersmith and Fulham 19.5 per cent.

The research also observed the places with the lowest crime rates in the UK.

It marks a significant drop of 26.94 per cent each year, on average, over four years.

As well, it earns the title of the second biggest average annual decrease in reported burglaries in the study.

But Folkestone and Hythe managed to beat the area to pole position after boasting a 27.52% decrease.

The Scottish regions of Highland, Aberdeenshire, Stirling, and Argyll and Bute followed behind.

The figures mean residents will be pleased to know they are among the least likely to become a victim of a burglar.

But it's homeowners in the South-West who can sleep soundly knowing they live in some of the safest properties in England.

Of the top 10 safest homes in the UK overall backed by the lowest burglary rates, four of them are from the South–West of England.

South Devon and Dartmoor, East and Mid Devon, North Devon and Cornwall all had a small rate of burglaries per 1,000 people.

We previously took a look at explosive ONS statistics which also deciphered the most dangerous parts of the country. 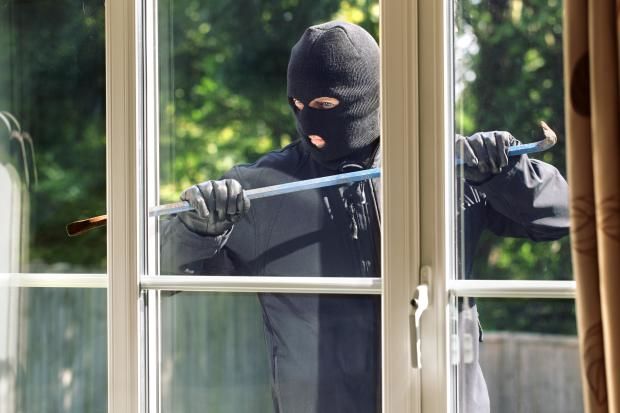 Middlesborough have been worst affected by the burglary boom