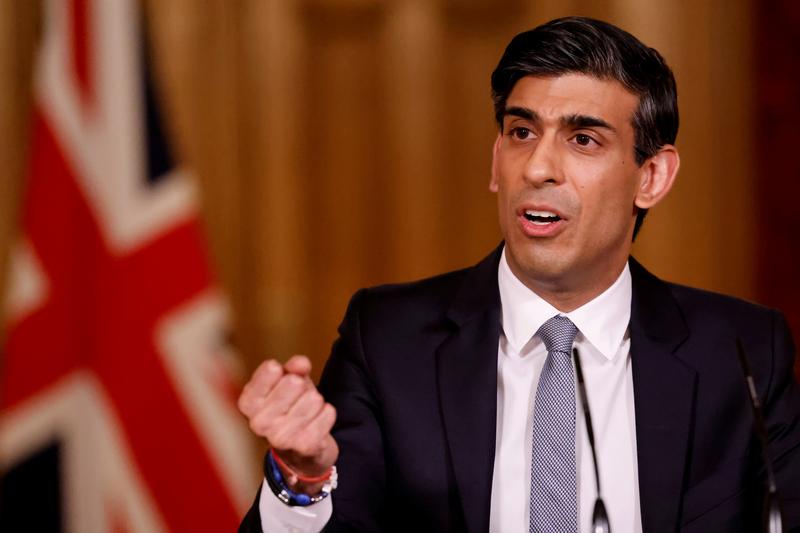 British finance minister Rishi Sunak will have to fight to implement the sharp rise in corporation tax that is a key plank of his plans to tackle the coronavirus hit to the public finances, leading think tanks said on Thursday.

Britain’s borrowing is due to reach a post-World War Two high of 17% of economic output in the financial year which ends this month, equivalent to 355 billion pounds.

The deficit should drop back down to 3% of gross domestic product by the mid-2020s, according to forecasts underpinning the budget plan that Sunak announced on Wednesday.

But policy analysts said Sunak would face heavy lobbying to backtrack from within his Conservative Party and from businesses during the two years before the tax rise will take effect.

“I will be amazed if in two years the CBI (Confederation of British Industry) is not saying it is absolutely bonkers that we are raising corporation tax to 25%, whereas 23% I think maybe they would have got away with,” Torsten Bell, director of the Resolution Foundation think tank, said.

The CBI has warned that the corporation tax rise would hit investment. The Institute for Fiscal Studies, another think tank, said that would mean the tax would probably raise less than hoped.

Prime Minister Boris Johnson has not always heeded the concerns of business groups. He largely ignored their worries in Brexit talks which resulted in a limited trade agreement with the European Union.

As a sweetener, Sunak has offered businesses a generous, two-year rebate on corporation tax to companies which invest more, hoping to speed up recovery from the COVID pandemic which cost Britain 10% of GDP last year.

The estimated 24 billion-pound cost of the rebate could prove higher as the IFS warned it was open to abuse if businesses stretched the definition of eligible investment.

The other main tax revenue generator is a freeze on income tax thresholds to raise 8 billion pounds a year by 2025.

Sunak also faces a challenge to deliver his target of 17 billion pounds of annual spending cuts by the middle of the decade at a time when demands for spending on health and other services are likely to rise.

IFS director Paul Johnson said if Sunak managed to implement his plan, he would meet one definition of a balanced budget - borrowing only to invest - by 2025-26, but at a huge cost.

“The sad truth is that that would be a balance built on the highest sustained tax burden in UK history and yet further cuts in unprotected public service spending,” Johnson said.

Another risk for Sunak comes from Britain’s vulnerability to any jump in borrowing costs.

On its own, a 1 percentage point rise in short and long-term interest rates would cost the government an extra 21 billion pounds a year, Britain’s budget forecasters have estimated.

“The risk that should be keeping Mr Sunak awake at night is that interest rates go up but he doesn’t get the associated rise in revenues,” IFS Deputy Director Carl Emmerson said.