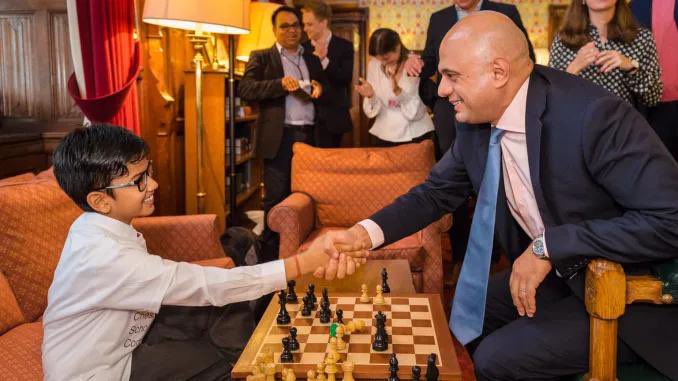 Prime Minister Boris Johnson and chancellor Rishi Sunak, will not self-isolate after contact with the health secretary.. Instead, they are part of a pilot programme in which close contacts of COVID cases will take daily tests
UK’s health secretary Sajid Javid has said on Saturday that he has tested positive for COVID-19 and was going in for self-isolation even as his government is all set to lift pandemic restrictions from Monday (June 19) in England.

Media reports said that the health secretary, who has received both doses of the vaccine, has “very mild” symptoms and would continue to self-isolate and work from home. After feeling “a bit groggy”, Javid said he had taken a lateral flow test on Saturday morning which came out positive, and he was now awaiting the result of a confirmatory PCR test.

According to the rules in England, Javid will have to self-isolate for 10 days, unless a PCR test shows up negative and he no longer has symptoms, said an NDTV report.

Javid, who has been health secretary for just three weeks, has been a strong advocate of Prime Minister Boris Johnson’s plan to scrap all remaining coronavirus restrictions from Monday (July 19), despite a sharp rise in COVID cases in England triggered by the highly transmissible Delta variant.

Since Javid was at 10 Downing Street on Friday (July 16), any of his close contacts, which includes others in the government may have to self-isolate as well. However, according to a BBC report, the Prime Minister Boris Johnson, who had nearly died of COVID last year, and the chancellor Rishi Sunak, will not be self-isolating after contact with the health secretary.

Instead, the pair will take part in a pilot programme where they will take daily tests and conduct only essential government business during this period. In fact, Downing Street is among 20 private and public sector organisations participating in a pilot, where close contacts of COVID cases take daily tests.

The NDTV report however pointed out that Javid also appeared alongside ministers in parliament last week, and one government source told The Telegraph newspaper that nearly half the cabinet may end up in isolation by the end of the week.

Meanwhile, Javid also urged people to take the test if they feel any symptoms and said that if everyone plays their part, they will not only be protecting themselves and their loved ones, but they will also be safeguarding the NHS. He also warned that cases in England will double in the coming weeks.

As COVID-19 cases continue to surge in UK, with the daily Covid caseload now exceeding 50,000, scientists and politicians have raised concerns over the scrapping of the legal pandemic restrictions in England by the government on Monday.

Scientists warned that the government was endangering the NHS with this plan, while a political leader urged the government to “rethink its reckless plans” for Monday because they were experimenting with people’s lives by easing restrictions, added the NDTV report.

The government however has maintained that since two-thirds of the adult population has now been fully vaccinated, they could manage this risk. Monday has been dubbed “freedom day” by many in the UK media.
#Boris Johnson  #Coronavirus  #COVID-19  #Johnson  #vaccine  #Covid
Add Comment