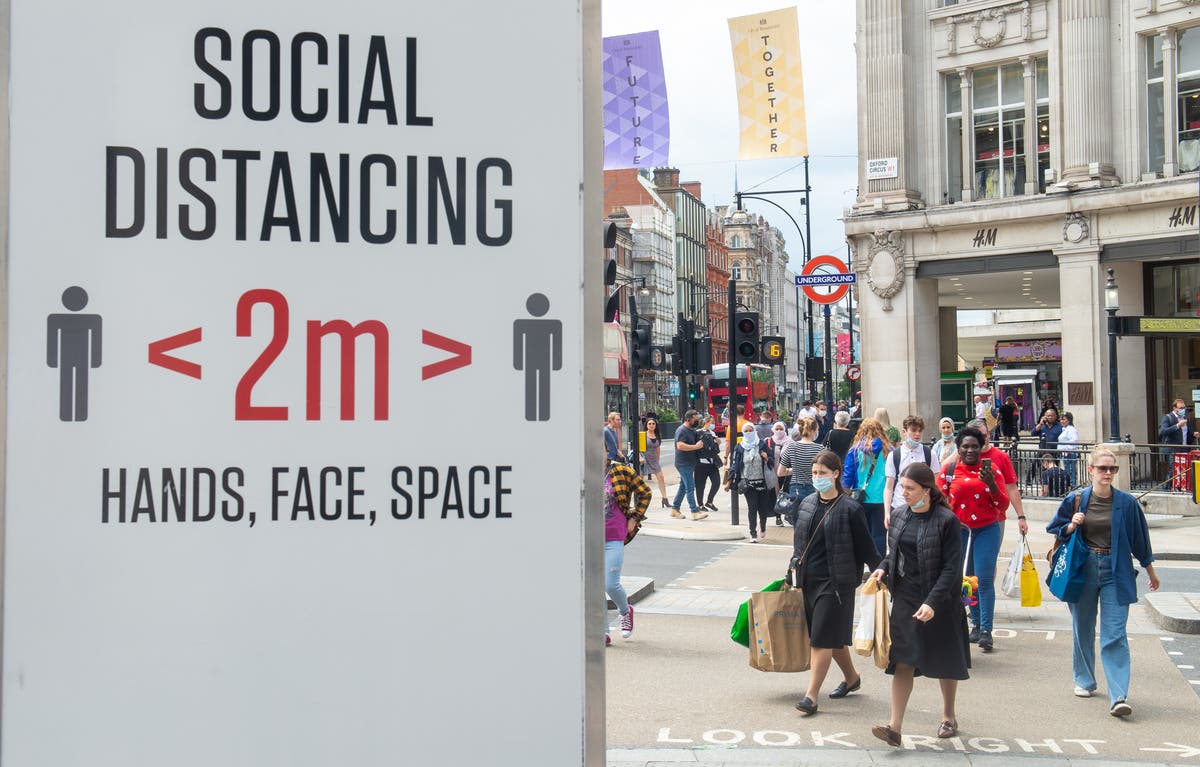 The UK recorded falls in the number of new Covid cases and deaths according to figures released today.
The statistics showed there were 29,622 new Covid cases and 68 deaths on Friday meaning the death total for people who died within 28 days of testing positive for Covid-19 is now 129,583.

Separate figures published by the Office for National Statistics show there have been 154,000 deaths registered in the UK where Covid-19 was mentioned on the death certificate.

The number of cases is a small fall on yesterday when there were 31,117 new cases and 85 deaths and also last Friday where there were 36,389 cases recorded.

It has also come down from a fortnight ago when 46,691 infections were recorded.

There has also been a small fall in the coronavirus reproduction number, or R value, in England which is between 1.1 and 1.4, according to the latest Government figures.

R represents the average number of people each Covid-19 positive person goes on to infect.

When the figure is above 1, an outbreak can grow exponentially but when it is below 1, it means the epidemic is shrinking.

An R number between 1.1 and 1.4 means that, on average, every 10 people infected will infect between 11 and 14 other people.

It comes as the percentage of people testing positive for Coronavirus is estimated to have increased in all regions of England, apart from eastern England and south-west England where the trend is uncertain, the ONS said.

North-east England had the highest proportion of people of any region likely to test positive for coronavirus in the week to July 24: around one in 30.

North-west England had the second highest estimate: around one in 45.

Eastern England and south-west England had the lowest estimates: around one in 100.
#Coronavirus  #COVID-19  #Covid
Add Comment