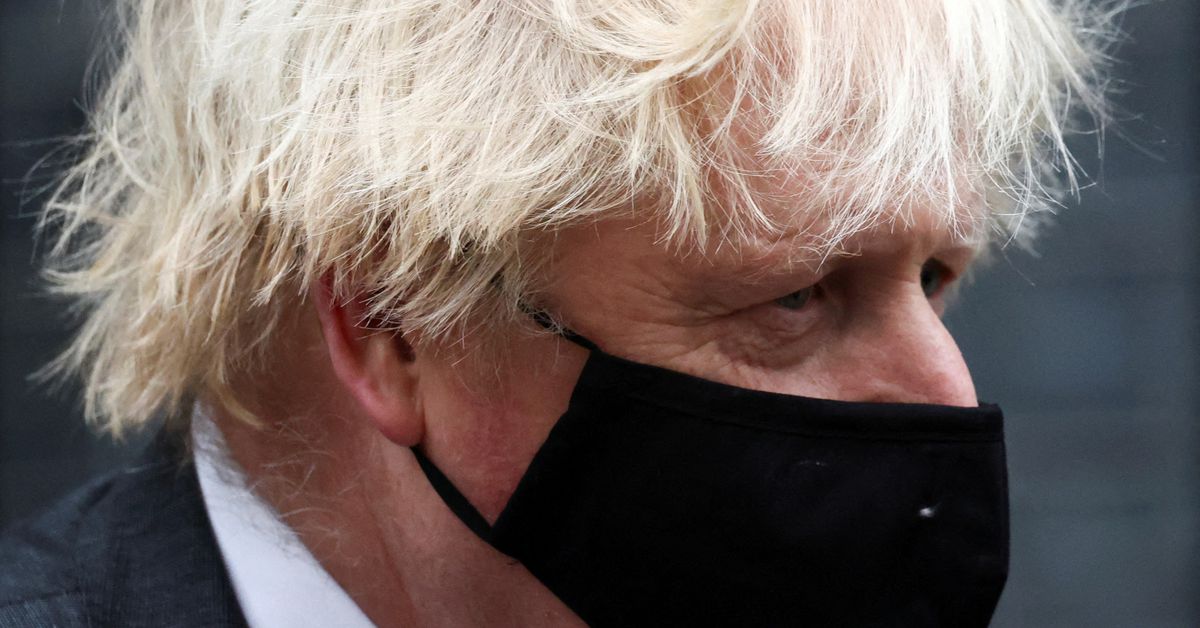 British Prime Minister Boris Johnson's staff were invited to a "bring your own booze" party in the garden of his Downing Street residence during the first nationwide coronavirus lockdown in 2020, according to a leaked email seen by broadcaster ITV.

Johnson, who won a landslide victory in a 2019 election, has faced a barrage of criticism over allegations that there were parties in breach of COVID-19 rules in government offices, including his own.

Around 40 staff gathered in the garden for the drinks party, including Johnson and his wife Carrie, ITV said, even though at the time social mixing between households was limited to two people outdoors.

An email was sent by the Prime Minister's Principal Private Secretary Martin Reynolds to over 100 employees in Downing Street on May 20, 2020, ITV said. The leaked email asked them to bring alcohol to the party and to "make the most of the lovely weather".

"After what has been an incredibly busy period it would be nice to make the most of the lovely weather and have some socially distanced drinks in the No10 garden this evening," Reynolds said in the email. "Please join us from 6pm and bring your own booze!"

At the time, schools were shut to most pupils, and pubs and restaurants were closed, with strict controls on social mixing. Two people from different households were allowed to meet outdoors but only if they maintained a distance of 2 metres.

Johnson will be under pressure to explain his own role in the gathering. His premiership has been badly tarnished by controversies in recent months, leading to warnings from some of his lawmakers that he could face a leadership challenge.

The opposition Labour Party accused Johnson of having "no regard for the rules he puts in place for the rest of us". The Scottish National Party called the email "utterly outrageous".

Johnson's former chief adviser Dominic Cummings claimed last week that a drinks party had been held in the Downing Street garden in May 2020 despite warnings by him that it was against the rules.

When the prime minister was asked earlier on Monday if he and Carrie Johnson had attended the event, he declined to answer, saying: "All that, as you know, is the subject of a proper investigation by Sue Gray."

The allegations of officials holding events in breach of the government's own lockdown rules, including a Christmas party, have dismayed voters who were told by the government to carefully stick to social distancing rules.

Johnson, 57, has faced criticism in recent months over his handling of a sleaze scandal, the awarding of lucrative COVID contracts, the refurbishment of his Downing Street flat and a claim he intervened to ensure pets were evacuated from Kabul during the chaotic Western withdrawal in August.

Johnson's Conservatives have lost their lead in opinion polls over the Labour Party and last month suffered an election defeat in a historic stronghold, stepping up pressure from his own lawmakers to reform his team of advisers.

Britain's official death toll from the pandemic rose above 150,000 on Saturday, the second highest in absolute terms in Europe, behind only Russia's.