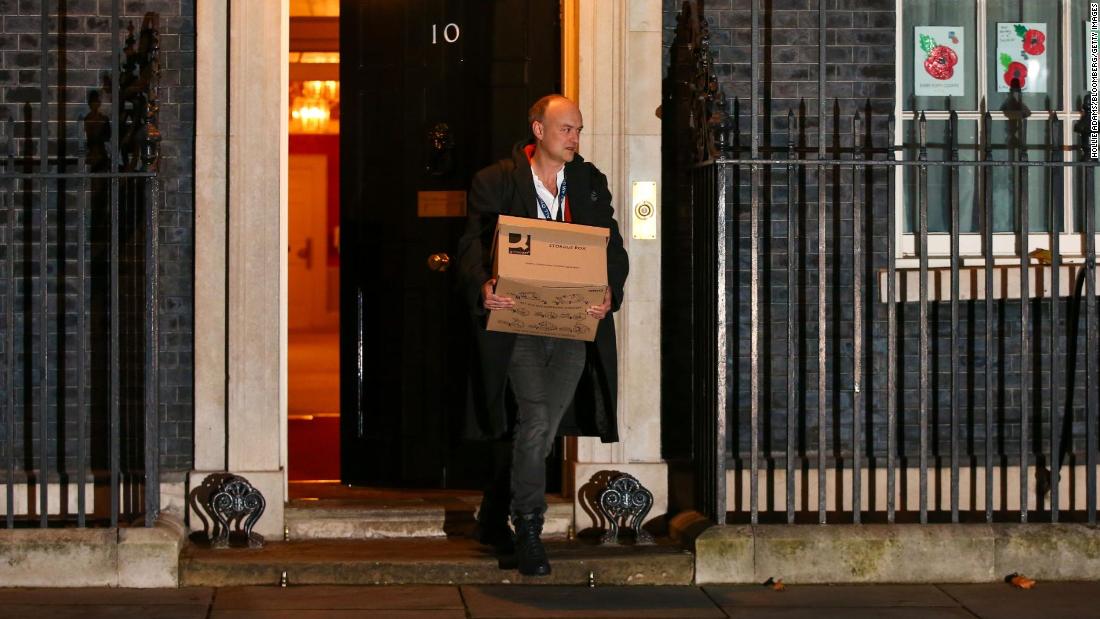 Amid the UK's grave second wave of Covid-19 and its final act of Brexit, British Prime Minister Boris Johnson's chief adviser, Dominic Cummings, has resigned, a source at Downing Street told CNN on Friday.
Pictures showed Cummings carrying a box as he left the Prime Minister's office at 10 Downing Street on Friday.

The PM's special adviser had been rumored to be leaving his post before Christmas in another sign of tumult within the UK's Conservative government.

Cummings, a divisive figure, has often been painted as the mastermind behind the Brexit campaign and Johnson's rise to the premiership.

The blog post he is referring to stated that Downing Street was aiming to "improve performance and make me much less important — and within a year largely redundant."

According to Downing Street, both Cummings and Cain will continue to work for the British Prime Minister's office until mid-December.

"The Prime Minister has today asked Sir Edward Lister to take on the role of chief of staff for an interim period pending a permanent appointment to the post," said a No 10 spokesman.

Both Cain and Cummings were key members of the Vote Leave team that followed Johnson into Downing Street in 2019, having successfully campaigned for UK voters to reject EU membership in the 2016 Brexit referendum.

Conservative MPs have been alarmed at Johnson's loyalty to Cummings, despite various scandals surrounding the adviser. The most famous of those came when Cummings drove hundreds of miles from London with his wife and child after having Covid-19 symptoms while the country was in a national lockdown.

The political storm surrounding Johnson and his team of advisers first broke on the same day that the UK's coronavirus death toll passed the eyewatering 50,000 figure.