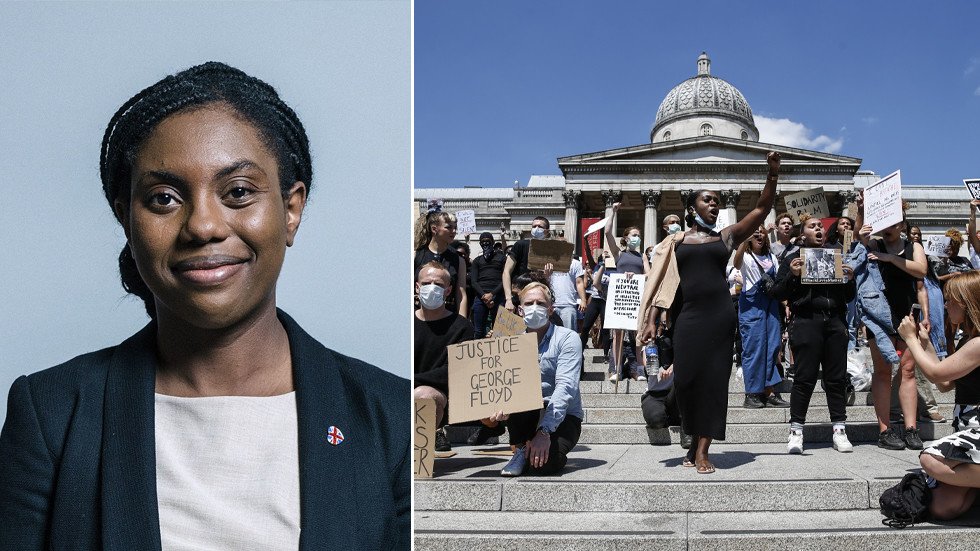 The UK’s minister for women and equalities has stated that teaching political ideas such as “white privilege” and “critical race theory” as fact is illegal, adding that schools have a duty to remain politically impartial.

Speaking on Tuesday as the UK Parliament debated Black History Month, Junior Minister Kemi Badenoch warned against the decolonization of the curriculum “for the simple reason that it is not colonized.”

The minister also hit out at current trends, claiming she doesn't want white pupils to be taught about “white privilege and their inherited racial guilt.”

The minister claimed that some schools have ignored their duty to be politically impartial by supporting the anti-capitalist Black Lives Matter (BLM) group, which she labeled as a political organization. She noted the example of a white BLM protester calling a black armed police officer “a pet n*****r.”

Addressing her colleagues, the minister stated that the government does not support the teaching of contested political ideas, in which she included critical race theory, without offering a balanced view, adding that the curriculum does not do this with communism, socialism or capitalism.

Badenoch, of Nigerian descent herself, was also critical of former Labour leader Jeremy Corbyn, describing his agenda as “turning the curriculum into a list of all the things that Britain has done wrong to people of a certain race,” adding it distorts UK history.

The minister's remarks have caused vigorous debate across social media, with many people happy to see the government standing up against the left-wing and BLM agendas.

It is good to see someone in the Tory party with moral courage.

MUST WATCH: Equalities Minister @KemiBadenoch rips in to #CriticalRaceTheory and the #BLM organisation - these movements are not an innocent anti racism campaign, it's political ideology and should be treated as such! Well done Kemi 👏 ✔ pic.twitter.com/GXes0fLSB9

Meanwhile, some people slammed the minister's comments, claiming the UK conservative government is just as “extreme” as Donald Trump.

“This government stands unequivocally against Critical Race Theory”. 😳
It’s not just Trump: the Tories are every bit as extreme in their attacks on legitimate and profoundly important academic work. I really am a bit speechless...#CriticalRaceTheory pic.twitter.com/xY4FpNuPB3

"Critical Race Theory" is trending on Twitter, and it's all white people praising Kemi Badenoch.
Racists love it when they get one the people they hate to sell out their people.
Keep tap dancing, Kemi! Keep tap dancing!

Throughout October, the UK is observing Black History Month, in which the country celebrates the achievements of the minority ethnic group. The observance has become of greater significance to many following the spate of anti-racism and BLM protests earlier in the year triggered by the death of George Floyd at the hands of Minneapolis police in May.