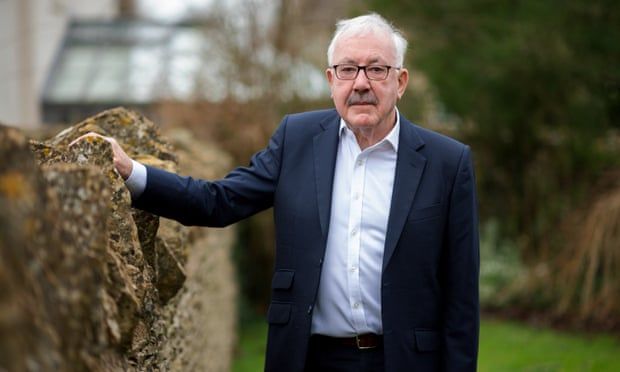 UK man, 75, trapped in Qatar for more than seven years after legal dispute

Ranald Crook, now back in Britain, was forbidden to fly home for his father’s funeral under travel ban
A 75-year-old British man was trapped in Qatar for more than seven years when he was refused permission to leave after a business dispute.

Ranald Crook, who is back in Gloucestershire, was even forbidden to fly home for his father’s funeral as a result of the travel ban, imposed after two influential Qatari brothers took legal action against him.

Abdulhadi Awjan al-Hajri and Hamad Awjan al-Hajri were brought in as sponsors of the construction company Geosan/Construction Dynamics, of which Crook was the general manager, because Qatari law at the time dictated that any business there must be at least 51% locally owned.

Crook said the brothers’ role was to solve local problems but when they failed to live up to expectations they were replaced, prompting a succession of legal cases against him, which he invariably won, only for a new one to be launched each time so that the travel ban was maintained.

“I assumed when the first court case came out we would go through it and that would be that,” said Crook. “Because we had two brothers who were partners, when that case was thrown out they then started exactly the same case again in the other brother’s name, which they can do.

“And then they made criminal accusations against me. You always think that sense will prevail but that’s wrong. People need to go into Qatar with their eyes open.”

He faced two civil cases and two criminal cases, all of which went to multiple appeals, estimating that he attended more than 50 court hearings. He was victorious on each occasion but claims the cases were an abuse of the court system.

Crook said that at the outset of the litigation he and his wife cancelled her residence permit, otherwise she too would have had a travel ban imposed. As a result they spent lengthy periods apart and he could not accompany her back to the UK when she required an urgent hip operation. But he said missing his father’s funeral in 2015, after a court refused to waive the ban, caused him the greatest pain.

“It was the worst day of my life,” he said. “I wrote a eulogy for my son to read out but on the day, it was knowing that he was there, my wife was there, and my relatives – I will never forget it.”

As unfortunate as his situation was, Crook acknowledges that there are poor workers from developing countries in Qatar, which will host this year’s World Cup, in a far worse plight, without the resources he had to attempt to fight back.

When the second criminal case was brought he said he spent a night in police cells with men who appeared to be Pakistani workers. “After hearing their stories I wondered if they would ever be released,” he said. “They had problems with immigration status, or sponsors trying to screw money out of them.”

Crook had harsh words for the British government who he says were slow to act and told him they did not consider he had suffered a loss of human rights. He said: “At the same time, Qatari nationals are investing billions in the UK, with stakes in Barclays bank, Sainsbury’s, Canary Wharf, Heathrow airport, Harrods and the Shard. The real story here is that the UK is nervous of upsetting a state which is bankrolling many projects that are key to our economy.”

A Foreign Office spokesperson said consular staff provided support. Hamad Awjan al-Hajri declined to comment. His brother and the Qatari embassy in London did not respond to requests for comment.
Add Comment