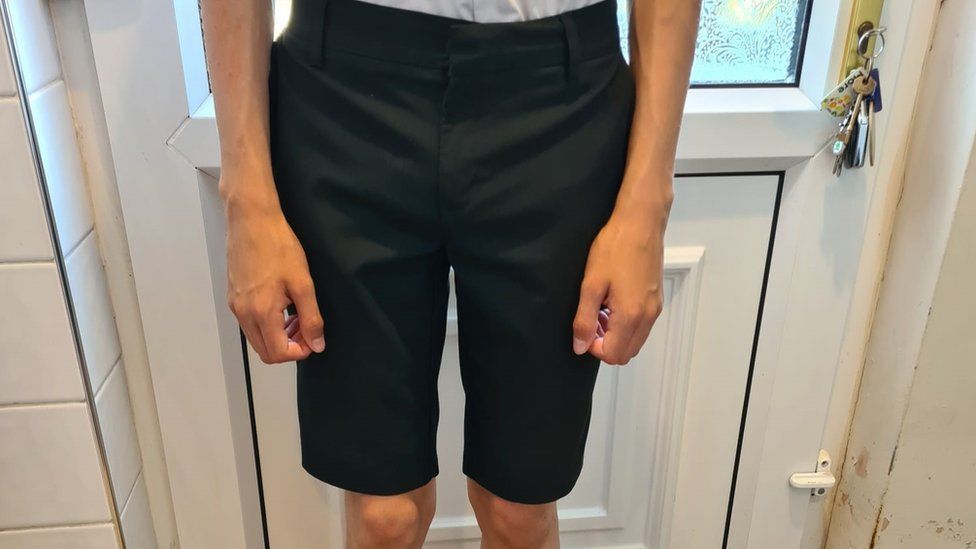 The father of a schoolboy sent home for wearing shorts to class as England faced its hottest day so far this year says he is "fuming".

Alan Freeman said he was "baffled" when his son, 14, came home to change.

Heckmondwike Grammar School in West Yorkshire told the teenager to switch his grey formal shorts despite the soaring temperatures.

A school spokesperson said uniform policy had been relaxed to allow the removal of blazers and ties only.

A number of schools have shut their doors on Monday and Tuesday while others have ditched uniforms, as temperatures in parts of the UK are forecast to hit 40C (104F). 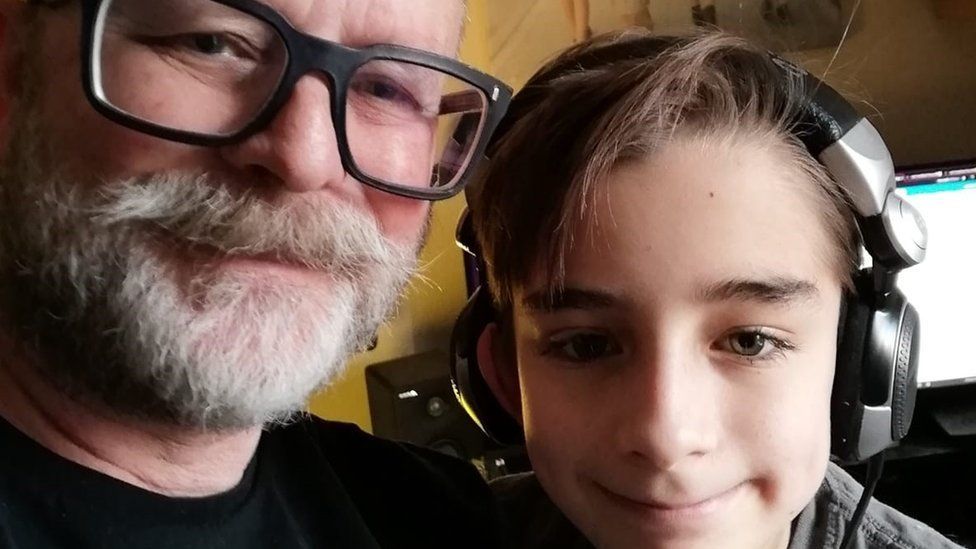 Mr Freeman, who made the shorts from a pair of trousers, said the school had sent out guidelines asking pupils not to wear sport shorts.

"They gave me the impression that grey formal shorts were allowed," he said.

"[My son] has come home, put long trousers on and gone back to school.

"He's not very happy. He's a bit exhausted and weary."

Mr Freeman said none of the other students were wearing shorts.

The temperature in Heckmondwike rose to 35C on Monday and was expected to reach 39C on Tuesday, with an amber weather warning for extreme heat in place.

Some schools across Yorkshire and Lincolnshire have closed completely due to the hot weather.

Others were expected to close early or relax their uniform policy to help pupils in the heatwave.

Schools have not been ordered to shut but the Department for Education said school leaders should "make sure they take any steps necessary to make sure children are safe and comfortable".

The guidelines include avoiding lessons that involve "vigorous physical activity" and that children should wear loose, light-coloured clothing and sunhats with wide brims.

A spokesperson for Heckmondwike Grammar School said they had relaxed their policy on uniforms.

They told the BBC that only classrooms with air conditioning were being used during the heatwave and students were being provided with ice pops.

The spokesperson said they had "enjoyed a great day".