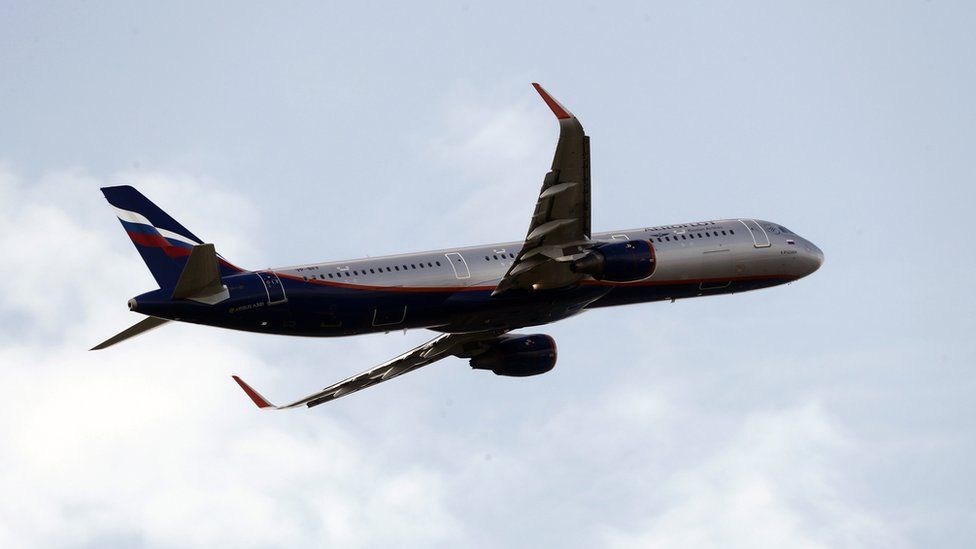 A private jet has been grounded while "possible Russian links" are probed, the transport secretary has said.

All aircraft owned, operated or chartered by Russians are banned from flying or landing in the UK.

The jet has been held at London Biggin Hill airport while officials investigate if it falls foul of UK sanctions.

The official notice grounding the flight on Saturday morning relates to a Cessna plane owned by a company named as Brooker Holdings.

The Department for Transport said it would not comment on any links to individuals while it investigated the issue further.

The latest plane seizure comes 10 days after it emerged that the UK had impounded a private jet linked to a billionaire Russian oligarch.

The Luxembourg-registered aircraft had flown from the US into Farnborough airport, Hampshire, on 3 March. UK officials believe the oil tycoon Eugene Shvidler was on board when it arrived.

The plane had been due to fly from the UK to Dubai, but UK authorities prevented this while they investigated whether it was permanently leased to Mr Shvidler and fell under UK sanctions.

Mr Shvidler himself has not been personally sanctioned by the UK at any stage.

The UK and other western nations opposed to the Russian president's invasion of Ukraine have introduced a raft of sanctions designed to cripple Russia's economy and hurt its wealthiest citizens.

The UK has made it a criminal offence for planes owned, operated or chartered by Russians - including private jets - to fly or land in the UK.

Other measures introduced by the UK include:


* Putting a 35% tax on certain imports from Russia, including vodka