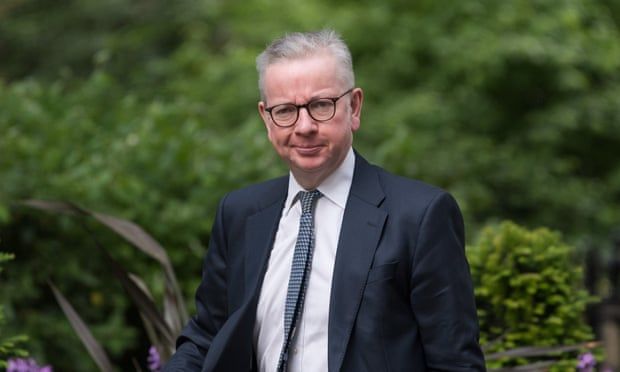 The UK government introduced legislation on Thursday to help councils, NHS trusts and other public bodies exit contracts with Gazprom and other Russian companies

Councils have been keen to withdraw from contracts amid concerns they were helping to fund Vladimir Putin’s regime. They had been prohibited from taking “non-commercial considerations” into account when procuring or terminating contracts, and they have a statutory duty to find the cheapest deal on behalf of the taxpayer.

Many councils had been forced to select Gazprom as a supplier because it offered the greatest value for money. They paid £29m to Gazprom from 2016 to 2021, data firm Tussell has said.

In March, the Cabinet Office asked central government to review all contracts with Russia and Belarus-linked firms and to consider terminating those contracts. This process has now been extended to local councils.

Councils including Merton and Telford and Wrekin have said they are keen to cut ties with Russia.

A government source said: “Local authorities are not obliged to terminate contracts, but our message is clear: Putin’s barbaric regime should not benefit from taxpayers’ money.”

The communities secretary, Michael Gove, will now write to all councils to make them aware of the changes.

The government has said any costs incurred from exiting contracts will have to be covered by existing budgets.

The west is attempting to choke off the Russian economy to damage Putin’s war coffers and fuel anti-war sentiment among the Russian public.

A Department for Levelling Up, Housing and Communities spokesperson said: “Businesses with links to Putin’s murderous regime should not benefit from taxpayers’ money.

“These measures will allow councils to terminate existing contracts – ensuring public money does not fund these organisations or Putin’s barbaric war machine.”

Research for the Guardian and Tussell shows that councils and NHS trusts have paid nearly £5m to Russian firms including Gazprom since the invasion of Ukraine under existing contracts.

Separately, a Treasury deadline to halt payments to Gazprombank and its subsidiaries for gas going from the UK to European Union countries is fast approaching. An original deadline of 21 April to halt payments was extended to 31 May last month. Many large Gazprom gas contract holders are based in the UK and help supply gas to the EU, which imports about 40% of its gas from Russia.

Gazprom’s UK arm is the largest non-UK supplier of gas to businesses and public bodies. Its market share was 22% before the invasion of Ukraine and it supplied gas to 178,000 sites, with contracts worth approximately £4bn, according to Capital Monitor estimates.