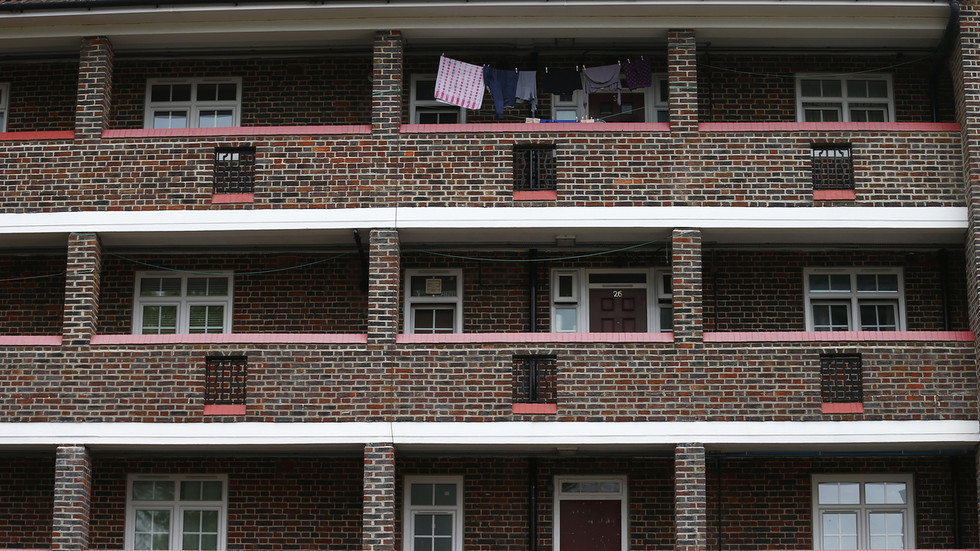 UK government has decided to introduce Covid ghettos. What next, Covid camps?

It has been announced that a further 1.7 million people have been added to the Covid shielding list in England – and, of course, it is the poorest among us who must keep out of sight and out of mind.
The list was expanded after scientists at Oxford University developed an algorithm to assess people’s risk of severe disease or death based on their ethnicity, BMI, postcode, and their levels of deprivation.

As a social scientist that has researched, lived, and known working-class communities I can look at this list and say with confidence that the new shielders are the working class, because these are exactly the same factors I would look at when studying a community’s weak relationship to power and the damaging consequences of structured and structuring institutional inequalities.

Those that are at risk of being harmed by this virus are the poor, and why? Is it an accident? A coincidence? Their inferior genetic makeup? Or that 40 years of neglect, austerity, and an obsessive focus on looking after the upper and middle classes, hoping the good stuff trickles down, have failed? Instead of us all being in this together, governments of all stripes have neglected the working class, and the poor are where they have always been: alone and at the bottom. An afterthought.

If you are finding this hard to digest, I recommend reading ‘Underclass: A History of the Excluded’ by John Welshman, a welfare historian who examines policy, speech, text, and rhetoric about the so-called ‘problem group’ since 1880. In the early 20th century, conservatives and progressives from the ‘elite’ (high ranking civil servants, doctors, academics, novelists, the media commentariat, and religious leaders) began to think through together what was to be done about ‘the problem group’ – usually poor urban dwellers, criminals and immigrants, poor women and children carrying disease and dirt on their bodies.

The result was that, in the 1930s, ‘The Departmental Committee on Voluntary Sterilisation’ was set up by the Ministry of Health in order to tackle these social problems caused by the poor, who were, to their mind, ultimately risking the safety and stability of the whole of society. Normal policy was not enough, and extreme measures had to be taken. Consequently, the committee commissioned research at universities on how the population as a whole could be healthier, and what was to be done about the stubborn ‘problem group’. At the same time, a similar but much more sinister narrative was emerging in Germany, and a programme of forced sterilisation and the removal of dangerous and problem groups was underway as ghettos and camps were created to deal with Germany’s ‘problem groups’. The rest, as they say, is history.

But is it? In 2021, millions of people in the UK are living in poor conditions, have poor access to healthcare and education, and now find themselves at the greatest risk of death in this pandemic because of the structural inequality, as services have been denied or not provided which they need to keep them healthy, well, and safe.

And the solution, from the same echelons of power that once toyed with eugenics to solve the problem of poverty by getting rid of the poor, is to deem this group of people a ‘problem group’ that must be segregated from the rest of the population. Decades of abuse and neglect from the British state has made them vulnerable to themselves and a threat to wider society. They are to be listed, sorted, sent letters asking them to isolate, fobbed off with statutory sick pay and a box of basic pasta and baked beans.

I say enough to this; this is the clearest example thus far that the state has failed in its first duty to keep its citizens safe. The middle class – working from home, with access to good education, healthcare, and employment – have been kept as safe as possible during the pandemic, but the working class have not. This did not start in March 2020. How many more years must they suffer? How many more generations are to be lost to the narrative of a ‘problem group’?

I ask Dr Jenny Harries – deputy chief medical officer of England – and the Oxford scientists that have created this algorithm: what happens after March 31. (the date they have been ordered to hide away till)? What will happen to those that have shielded? Will there be support for their mental health, the loss of schooling for their children? Will their physical health be a priority? Will they have the financial means to live a life of dignity? Or is none of this your problem until the next pandemic?
#Covid
Add Comment