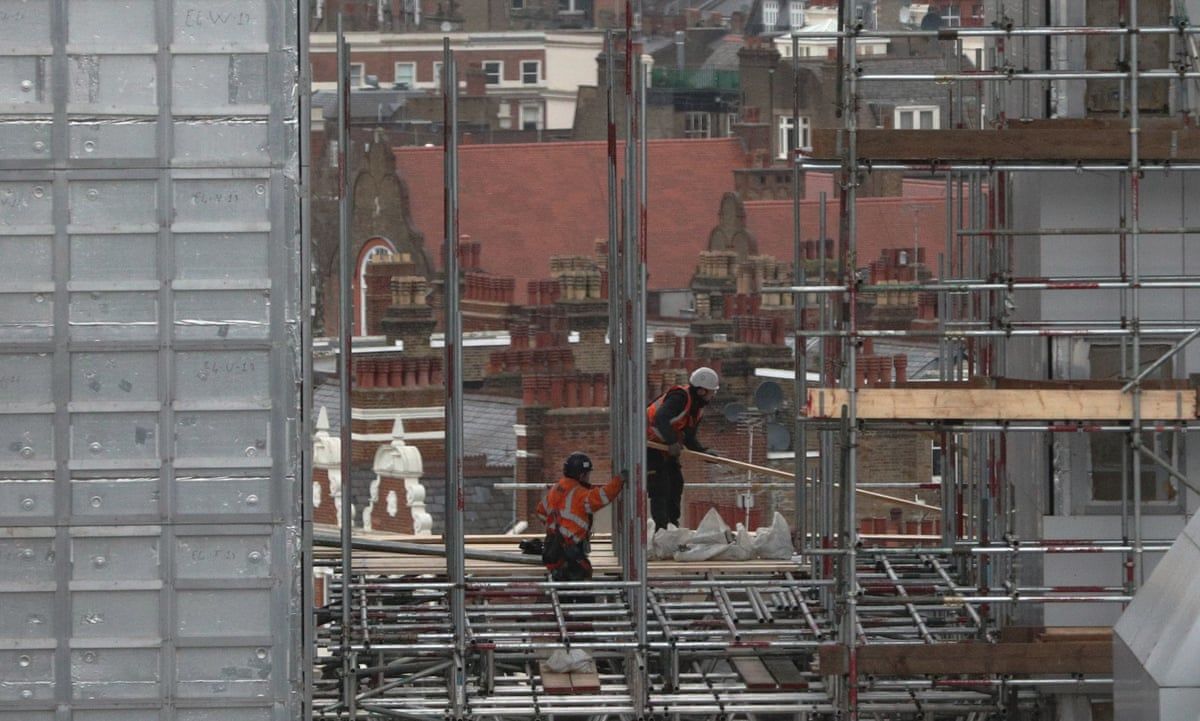 The government is facing a backlash from its own MPs after announcing a £3.5bn fund to fix dangerous cladding on high-rise buildings in England, with the offer of loans to leaseholders to fix similar problems in shorter buildings.

Stephen McPartland, a Conservative backbencher who has worked closely on efforts to secure funds for leaseholders, said he listened to the Commons announcement by Robert Jenrick, the housing secretary, “with my head in my hands”.

The Stevenage MP called for Downing Street to take over the policy, saying the announced scheme did not apparently cover fire-related costs other than cladding, while the loan scheme appeared unworkable. 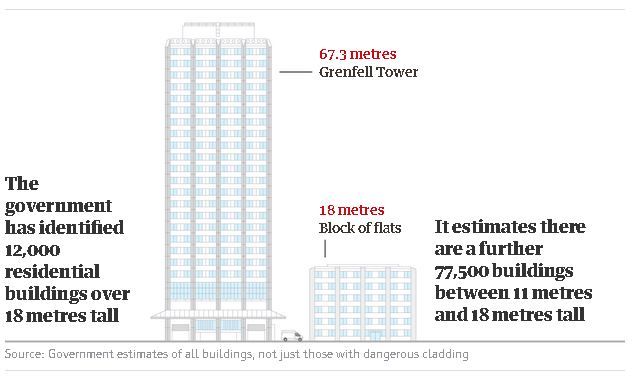 McPartland said the near-40 Tory signatures to an amendment to the government’s fire safety bill, which would bar freeholders from passing the costs of removing cladding or other fire safety work on to leaseholders, showed the level of support, and that No 10 was “worried by the strength of feeling inside the parliamentary party”.

Jenrick told parliament that the cash grants would be offered to leaseholders in residential buildings in England over 18 metres tall, or above six storeys, so they faced no costs for cladding remediation works. He claimed it was the “largest ever government investment in building safety”.

Anyone living with dangerous cladding on buildings between four and six storeys will not be covered by grants, but will be able to access a new system of long-term low-interest loans. This was because government experts had repeatedly determined risks were significantly lower in shorter properties, the housing secretary said. He acknowledged that many homeowners had “found themselves caught in an absolutely invidious position”.

He also announced a new levy on developers to cover the cost of grants and their historical responsibility, which will be applied when they seek planning permission to build high-rise buildings. A separate tax will be introduced from next year on money made in UK residential property development to raise £2bn over a decade and help pay for cladding remediation.

“I appreciate the frustration, the worry and at times the despair that [leaseholders] feel,” Jenrick said. “I understand their anger at the errors, omissions, false promises and even the outright dishonesty that came before us, built up over many decades.”

Labour said the measures did not help fix fire safety problems not related to cladding that had emerged after the Grenfell Tower disaster, and that by offering loans rather than grants on shorter buildings it denied justice to thousands of people.

“The government has betrayed their promise that leaseholders will not pay for the buildings safety crisis,” the shadow housing secretary, Thangam Debbonaire, told the Commons. “Three and a half years on from Grenfell, hundreds of thousands cannot sleep at night because their homes are unsafe. The government has today decided to plough financial misery on to them. This is an injustice.” 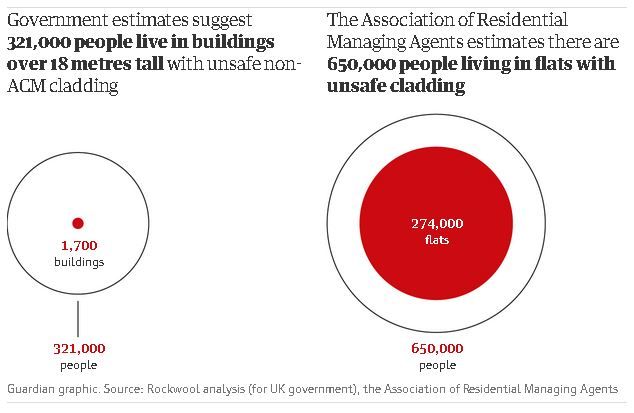 McPartland said that the exclusive focus on cladding-related costs “doesn’t help most people”.

“This is just smoke and mirrors, to look as though we’ve tried to fix the problem, but it’s not going to do it,” he told BBC Radio 4, also questioning how the loan would work: “If [the total bill] was £50,000, that £50 a month would take somebody 83 years to pay the bill off, and that’s just on cladding, never mind anything. And is that on the flat, or on the individual? It just creates huge problems.”

Downing Street “has to get involved and take a grip of this situation, because it’s clear, the department doesn’t have a grip”, he added.

There had been growing pressure for action from hundreds of thousands of leaseholders facing bills rising in the worst case to more than £100,000, as well as from backbench Tory MPs and survivors and bereaved from the June 2017 Grenfell Tower disaster. The Grenfell fire led to a nationwide search for similar safety breaches.

It is estimated that about 274,000 flats have been fitted with dangerous cladding, according to the Association of Residential Managing Agents, affecting more than 650,000 people. That figure is likely to reach into the millions when those living in lower-rise structures where problems have also emerged are taken into account.

Giles Grover, a spokesperson for the End Our Cladding Scandal campaign, said the loans scheme, which confirms that leaseholders on buildings below 18 metres will foot cladding bills, was a “terrible idea”. He said it crystallised leaseholders’ losses and would cause a slump in property values.

“It will instantly depress property prices and push hundreds of thousands of people into negative equity,” he said. “The arbitrary distinction [of above or below 18 metres] is unfair because the causative issues were the same – government regulation and bad building practices – but they are only helping some of the people.”

Grenfell United, the bereaved families and survivors group, said the measures failed to “deal with this mess once and for all”.

“Residents living in unsafe homes will go to bed tonight worrying if their building will qualify or be left out once again,” it said. “And bereaved and survivors of Grenfell will lie awake fearful that what happened to us could still happen again.

“Residents shouldn’t be forced into loans and new debt just because of the height of their building. It’s completely unfair to pile more financial strain on leaseholders for a problem that has been caused by developers and the construction industry. The industry needs to be held fully responsible for what they have done – small levy doesn’t cut it.”

People affected by the cladding crisis have been unable to sell their flats because mortgage companies will not lend against them and have faced rising bills to pay for remediation works that freeholders and developers have in some cases refused to fund. It has sparked a financial and mental health crisis for many.

Since Grenfell there have been at least two serious cladding fires in buildings lower than 18 metres. One was at the six-storey Samuel Garside House in Barking, east London, in June 2019, when fire tore through timber cladding and balconies. The other was in November 2019 at the Cube, a six-storey student accommodation block in Bolton, where high-pressure laminate cladding panels burned.

Stephen Greenhalgh, the building safety minister, has previously estimated there are as many as 1,700 high-rise buildings in England with fire safety problems that relate to non-ACM cladding, such as timber or high-pressure laminate panels.

Jenrick’s announcement is the latest of several extensions to the government funding to make buildings safe. In May 2018, ministers said they would fund the removal of Grenfell-style aluminium composite material (ACM) cladding on high-rise social housing and a year later extended that to tall private blocks. By the end of 2020, fewer than half of the 462 affected buildings in England had been completely fixed, with works under way on 201, and not having started on 45.