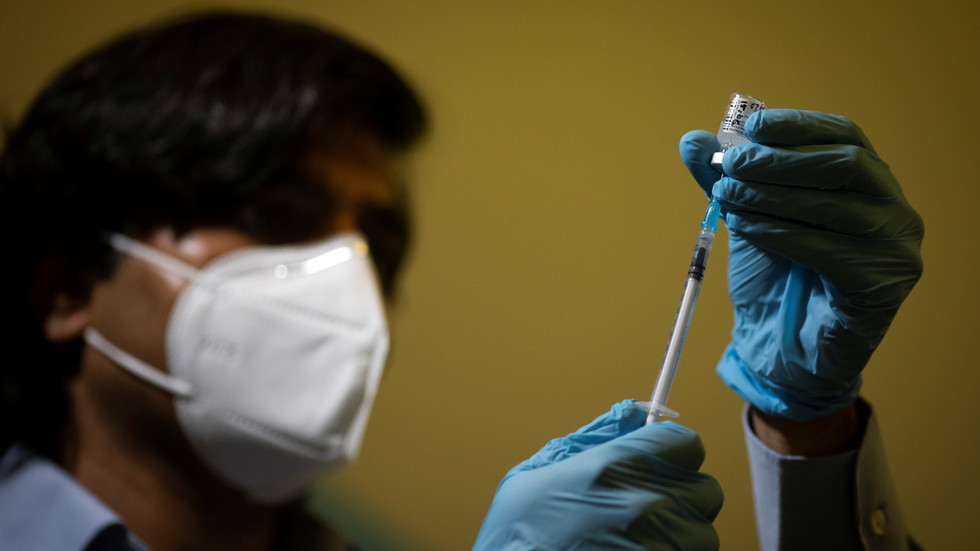 Thousands of retired doctors and nurses volunteering to rejoin the UK’s National Health Service during the pandemic are being forced to endure “diversity training” – but vaccination training is optional.

NHS veterans applying to return to the service are required to supply a whopping 21 pieces of evidence, the Daily Telegraph revealed on Wednesday, noting that the “red tape” had created a massive bottleneck in hiring with just 5,000 of over 40,000 doctors and nurses who applied for the positions starting in March had been hired by July.

A list of the requirements was posted to social media the same day, and the service’s bizarre requests raised eyebrows across the country. In addition to standard requests like identity documents, proof of education, certification in such urgent-care basics as resuscitation, the NHS demands applicants complete courses in baffling subjects like “preventing radicalization” and “equality, diversity and human rights.”

Even as hospitals complain of staffing shortages and job applicants tear their hair out at the number of hoops they’re forced to jump through, the NHS has refused to budge on its requirements that doctors need not only be medically competent, but mentally compliant. Indeed, the service defended its “stringent recruitment process,” arguing its goal was to “recruit a wide array of individuals from a variety of backgrounds – many of whom are not registered healthcare professionals.”

If the NHS is deliberately attempting to fill empty positions with non-medical staff, one might question why it doesn’t require applicants to show proof of training in vaccine administration or vaccine storage – two requested documents that are not listed as “required.” Surely, it’s more important for someone who will be vaccinating a large number of individuals with shots that require deep refrigeration to know how to dispense and store those vaccines than it is that they prove competency in “data security awareness.”

More ominously, vaccinators are not required to complete a course titled “Introduction to Anaphylaxis” – even as a growing number of vaccine recipients have experienced life-threatening allergic reactions. While Pfizer, whose vaccine was the first to be approved in the UK, has emphasized the importance of having staff trained in recognizing the signs of anaphylaxis and equipping vaccination sites with the materials needed to save lives, it’s healthcare providers’ job to ensure their employees are competent.

Even the chair of the Royal College of GPs, Professor Martin Marshall, has denounced the NHS’ red-tape-laden policies, as well as the lack of instruction regarding how, when, and where the Covid-19 jabs are supposed to be administered. “The workforce isn’t big enough to allow” for getting “30 million people vaccinated twice in six months,” he told the Guardian, noting that numerous chronic and acute conditions that have nothing to do with coronavirus still require doctors to treat.

But the NHS has made clear for months that competence is not their chief concern during the pandemic. Aside from its 2020-2021 list of priorities, which includes a directive to “recruit people with learning disabilities,” the service even adopted a measure in February that would allow staff to refuse treatment to patients deemed ‘guilty’ of making sexist or racist comments. The mandates seem to make a mockery of the Hippocratic oath, which requires physicians “first do no harm,” though it supposedly can’t be invoked for patients who require critical care. However, such requirements have an unfortunate tendency to turn into slippery slopes.