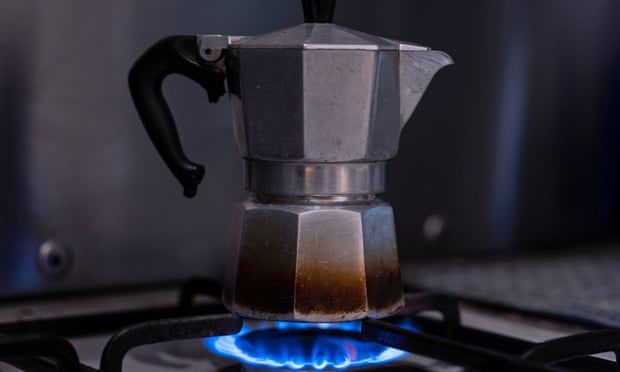 Ofgem will set improvement plan for firms showing signs of financial weakness as market prices soar
UK energy suppliers will face new financial stress tests from January as part of a series of plans from the industry regulator to boost the sector’s resilience after rocketing market prices for gas and electricity caused dozens to collapse.

Ofgem will test providers against a range of scenarios and set an improvement plan for companies showing signs of financial weakness that could put their customers at risk.

The regulator also plans to toughen existing financial rules for suppliers and introduce new conditions by the spring, which could include checks on energy company bosses.

In some cases, Ofgem may bar a provider from taking on new accounts before reaching certain milestones, such as 50,000 and 200,000 customers, until it is satisfied that they are financially resilient.

The planned regulation shake-up comes as Ofgem faces deepening criticism over the collapse of 26 energy suppliers in the last four months, which has left almost 4 million customers in need of a new supplier.

The cost of managing the fallout of the UK’s energy market crisis, including the collapse of Bulb Energy, which had 1.7m customers, is expected to reach highs of almost £3.2bn – or £120 a household – on top of the hit to domestic bills from record high energy market prices.

Citizens Advice has laid the blame for the spiralling cost of managing the crisis on Ofgem for failing to take action against rule-breaking suppliers for almost 10 years despite mounting concerns over the energy market.

The chief executive of trade body Energy UK, Emma Pinchbeck, added that the industry “has long been calling for a more sustainable regulatory and policy environment– not only to avoid situations like the present one, but because suppliers need to drive the innovation in products and services to help customers get the best of the green energy transition”.

Households have faced one of the steepest energy bill increases on record this winter because of a global gas crisis, with market prices hitting fresh highs across Europe this week. UK gas prices reached a record closing price of 322.5 pence a therm on Tuesday, according to data from market price experts at ICIS, surpassing the previous high of just over 298p/therm set in early October this year.

Jonathan Brearley, the chief executive of Ofgem, said the regulator has worked hard to protect consumers as gas prices have risen by more than 500% in under a year but has admitted that regulation would need to “go much further”.

He said: “I want to see more checks on staff in significant roles, and better use of data to help us regulate. We need a regime that can enable a sustainable market, to promote our transition to net zero.

Richard Neudegg, the head of the regulation price comparison site Uswitch, said introducing financial stress testing after 26 energy providers have gone bust “feels like the very definition of shutting the stable door after the horses have bolted”.

“While necessary for the future, these proposals are clearly too late to help the current crisis,” he said. “Ofgem’s priority must now be to build a resilient market that can stand strong in the face of any future shocks”.

The regulator’s new rules will be finalised in the spring, and there remains uncertainty over how often suppliers will face stress tests or whether they would be carried out by the regulator or undertaken by the suppliers themselves.

Ofgem has also put forward plans to adjust how the price cap is calculated from next winter, so that it can rise more quickly. An industry consultation has proposed that from next October the price cap could change every three months rather than twice a year. Another option could be a “circuit breaker” clause that allows Ofgem to change the price cap in the event that costs suddenly deviate from their calculations by a significant percentage.

This would help energy suppliers to cover their costs and avoid going bust in the face of soaring market prices, which are not yet reflected by the price cap. The regulator is also considering some short-term interventions to help stabilise the market.
Add Comment