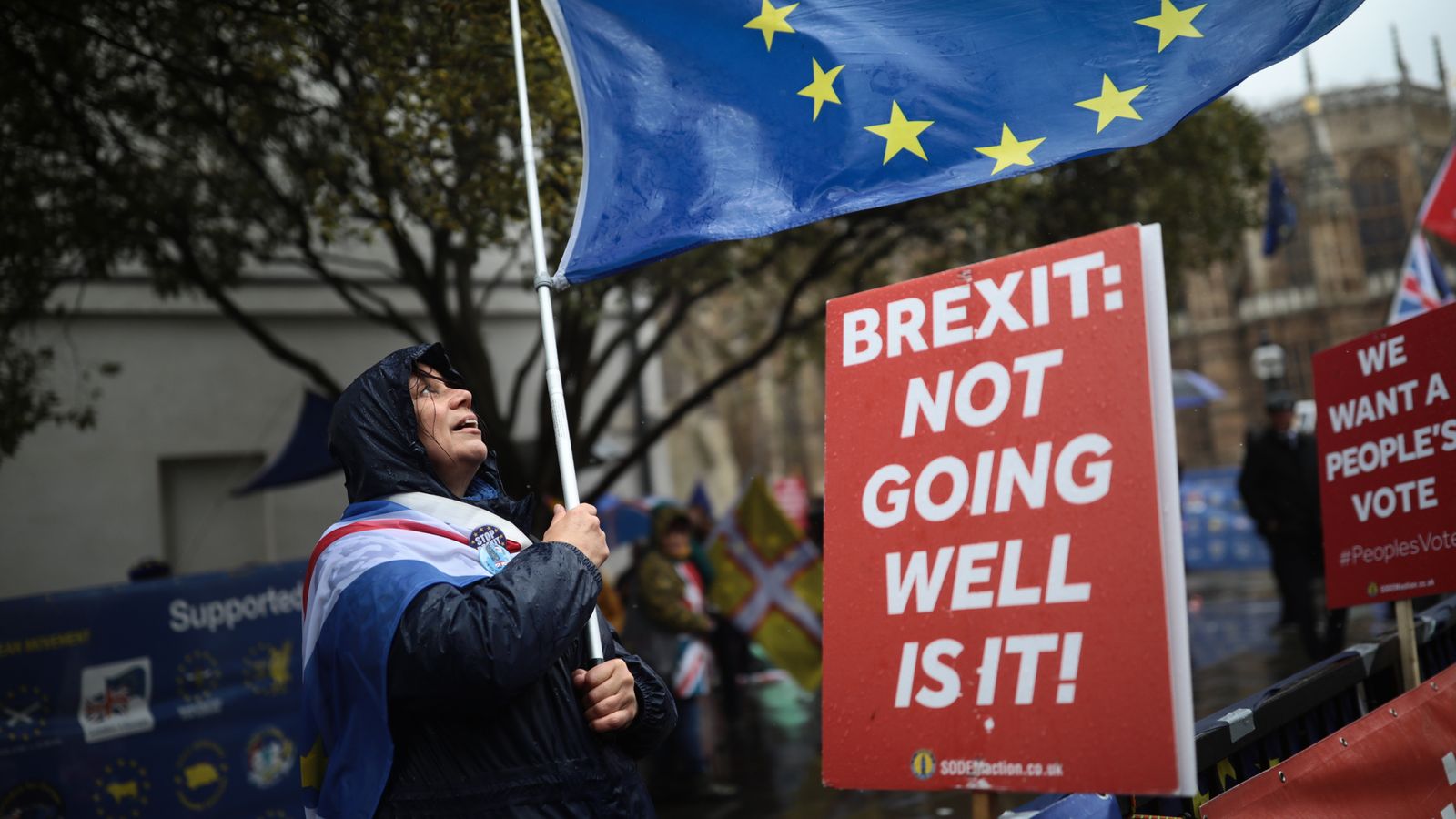 UK economy made worse by 'own goals' like Brexit and Truss mini-budget, IFS economist says

Paul Johnson, the director of the Institute for Fiscal Studies (IFS), said "we're about to get a lot poorer" due to economic "own goals".
Brexit, slashing investment and Liz Truss's mini-budget are among the "own goals" that have led to the UK's dire financial straits, according to a top economist.

Paul Johnson, the director of the Institute for Fiscal Studies (IFS), has been speaking about what left the UK in a position where yesterday's autumn statement - that will leave more than half of all households worse off - was deemed necessary.

He said: "Let's start with slashing investment spending, that was something announced under the last Labour government and continued by George Osborne.

"Cutting spending on education, particularly huge cuts to vocational and further education, but also to schools over that period."

"There may be other reasons for Brexit, but economically speaking that has been very bad news indeed and continues to be bad news, particularly the way that we've done it, the hard type of Brexit we've had, distancing ourselves from the single market," he said.

Mr Johnson also pointed to Ms Truss's tax slashing mini-budget - which inflicted around £30bn worth of damage as it sent the markets into freefall, the value of the pound plummeting, mortgage rates soaring and forced the Bank of England to intervene to stop pension funds collapsing.

"Obviously the mini-budget of a couple of months didn't help. In fact, that was another large own-goal," he said.

While most of the policies of the short-lived Truss administration have now been reversed, Mr Johnson said the political instability of recent months was also not good for the economy.

"There have been three prime ministers and four chancellors in a few months.

"And to be reversing policy here, there and everywhere, to be uncertain about your trading relationship with the rest of Europe, to have corporation tax going up, down and round and round and round, all of that is bad for growth."

The chancellor presented his highly-anticipated autumn statement to parliament on Thursday, littered with stealth taxes and curbs on government spending amounting to £55bn in an attempt to plug the black hole in the public finances.

He sought to blame Russia's invasion of Ukraine for the "global energy crisis, a global inflation crisis and a global economic crisis" and said "we have risen to bigger challenges before".

The independent Office for Budget Responsibility (OBR) warned the disposable incomes of UK households would fall by 7.1% over the next two years - the biggest drop on record.

Mr Johnson warned that this will "hit everyone", adding that "middle England is set for quite a shock".

"The truth is we just got a lot poorer. We are in for a long, hard, unpleasant journey; a journey that has been made more arduous that it might have been by a series of economic own goals," he said.

As a result of Mr Hunt's announcements, the tax burden in the UK will now be at its highest since the Second World War, and there are stark warnings about increased bills and higher unemployment as the recession takes hold - as well as predictions the economy will still shrink 1.4% in 2023.

Speaking to Sky News earlier, the chancellor said it was "a difficult time for everyone" but tax hikes and spending cuts are needed to get the economy "on an even keel".

"Over the next two years it is going to be challenging," he said.

"But I think people want a government that is taking difficult decisions, has a plan that will bring down inflation, stop those big rises in the cost of energy bills and the weekly shop, and at the same time is taking measures to get through this difficult period."
#Johnson
Add Comment