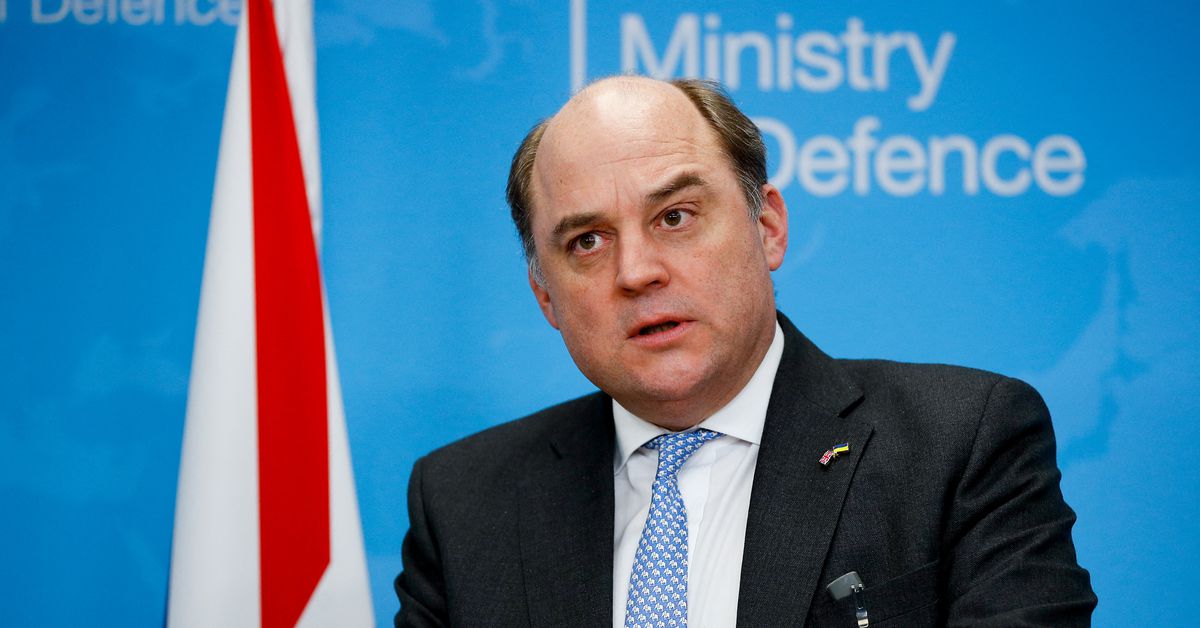 Listen to the article
0:00 / 0:00
Voice by MediaWorks
Britain's defence spending is projected to reach 2.3% of its GDP this year due to increased military support for Ukraine amid Russia's invasion of that country, the government said in a statement late on Tuesday.
The estimate came after UK defence minister Ben Wallace called for more funding, saying Britain must bolster its defence investment to tackle threats not only from Russia but from China and other countries.

Wallace has urged Prime Minister Boris Johnson to increase the defence budget to 2.5% of gross domestic product by 2028, according to a Talk TV report.

Britain's new projection would be above NATO's estimate that it would spend 2.12% of GDP on defence this year, and higher than an estimated 2.26% in 2021.

The Atlantic alliance asks members to keep its defence spending above the 2% threshold but Johnson was expected to challenge that argument.

At the NATO's Madrid summit on Wednesday, Johnson will also announce new military commitments to NATO, and will urge allies to discuss a new target for defence investment from 2024, the government added in its statement.

"Over the next ten years the threats around us are only going to grow. We need allies - all allies - to dig deep to restore deterrence and ensure defence in the decade ahead," the statement said, quoting from Johnson's prepared speech.

"The 2% was always meant to be a floor, not a ceiling and allies must continue to step up in this time of crisis."

Britain said it would also ensure rapid reinforcements for Estonia if required, and would deploy artillery, air defence and helicopters in the country. Estonia was annexed by the former Soviet Union in 1940 and gained independence in 1991.

Since Russia invaded Ukraine in February, the Baltic states of Estonia, Latvia and Lithuania have been calling for their region to receive the biggest build-up of combat-ready NATO forces in Europe since the end of the Cold War, fearing they could be next.
#Boris Johnson  #Johnson
Add Comment