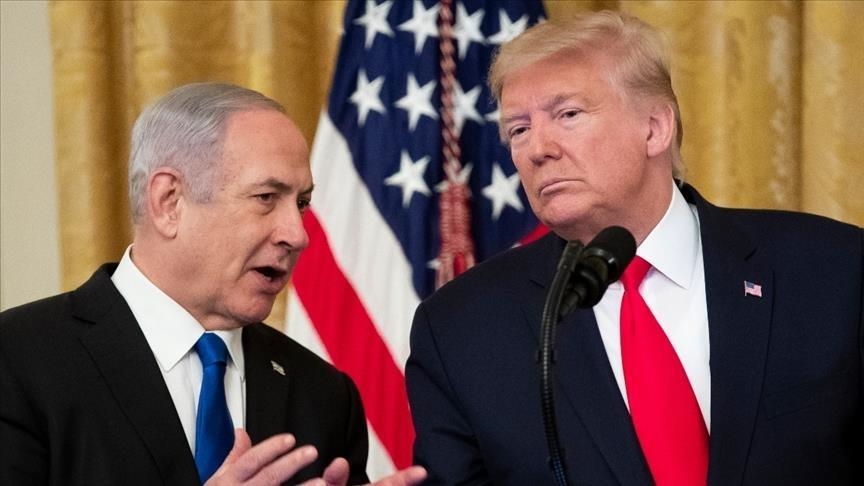 The Jerusalem Post newspaper said the three-page letter, dated January 26, 2020, says: "Israel would be able to extend sovereignty to parts of the West Bank if Netanyahu agreed to a Palestinian state in the remaining territory."

Netanyahu received the letter just two days before Trump announced his so-called "deal of the century" to solve the Palestinian Israeli conflict, a plan that was vehemently rejected by the Palestinians.

Peace talks between the Palestinians and Israel collapsed in 2014 due to Tel Aviv's refusal to release Palestinian detainees and stop settlement building.

Trump’s “deal of the century” refers to Jerusalem as “Israel’s undivided capital” and recognizes Israeli sovereignty over large parts of the occupied West Bank.

The plan involves the establishment of a Balkanized Palestinian state in the form of an archipelago connected by bridges and tunnels.

Palestinian officials say that under the US plan, Israel will annex 30-40% of the West Bank, including all of East Jerusalem.

Under international pressure, Netanyahu didn't announce his annexation plan as was scheduled in July 2020, claiming he only delayed its announcement.
#Donald Trump
Add Comment