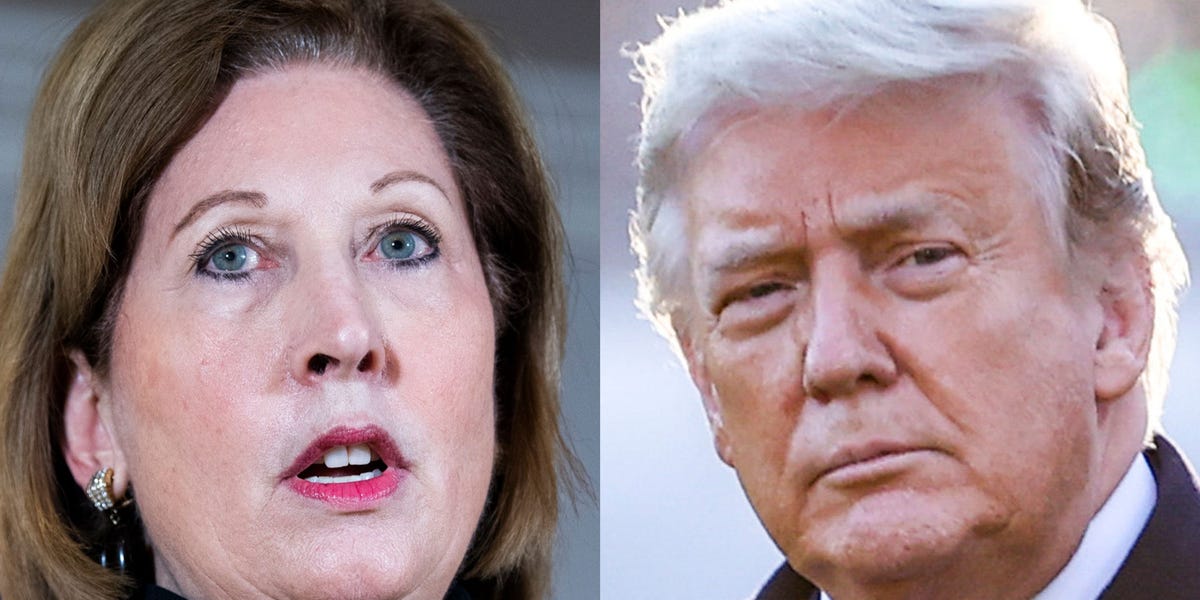 "Are you out of your f---ing mind?" the White House advisor Eric Herschmann told Sidney Powell at one point, Axios reported.

A meeting in the Oval Office in December with President Donald Trump and four election conspiracy theorists devolved into a curse-filled screaming match that went well into the night, Axios reported on Tuesday.

The New York Times also reported on details of the meeting at the time.

Axios reported that at the beginning of the December 18 meeting, Herschmann said, "How the hell did Sidney get in the building?"

Powell had come presenting what she claimed was evidence of massive election fraud by a cabal of foreign communist countries that had hacked Dominion voting machines to "flip" votes from Trump to Joe Biden.

Powell also claimed that the federal government had the authority to issue an executive order to seize voting machines and said Trump should appoint her to be a special counsel to investigate voter fraud. Several people in the room pushed back on her suggestions, neither of which happened.

Dominion Voting Systems has since filed defamation lawsuits against Powell and Giuliani, seeking $1.3 billion in damages in each case.

In the meeting, Herschmann said Powell seemed to be making completely different arguments than Giuliani, who had argued that Democratic politicians and courts improperly changed election rules before the election in November.

Powell stunned Herschmann by saying that the case was really about election fraud and that Giuliani "hasn't understood what this case is about until just now," Axios reported.

Byrne, Powell, and Flynn claimed that top advisors in the Trump administration were disloyal, fueling more yelling and cursing.

"You're quitting! You're a quitter! You're not fighting!" Flynn said of Herschmann before turning to Trump and adding, "Sir, we need fighters."

According to Axios, Herschmann responded, "Why the f--- do you keep standing up and screaming at me?"

When asked why she had lost so many lawsuits alleging election fraud, Powell reportedly said it was because all the judges, both state and federal, were corrupt.

"That's your argument?" Herschmann responded. "Even the judges we appointed? Are you out of your f---ing mind?"

Byrne, who made several bizarre comments during the meeting, spoke up in support of Powell's and Flynn's claims that the Department of Justice was corrupt, Axios reported.

"I know how this works," he said. "I bribed Hillary Clinton $18 million on behalf of the FBI for a sting operation."

At one point, Giuliani, who was on the phone, told everyone to calm down. As one attendee of the meeting told Axios, "When Rudy's the voice of reason, you know the meeting's not going well."

Later, members of the group went up to the residence, where Herschmann and Meadows unloaded on Powell and Flynn for portraying them as disloyal.

"Don't you dare challenge me about whether I'm being supportive of the president and working hard," Meadows reportedly shouted at Flynn.