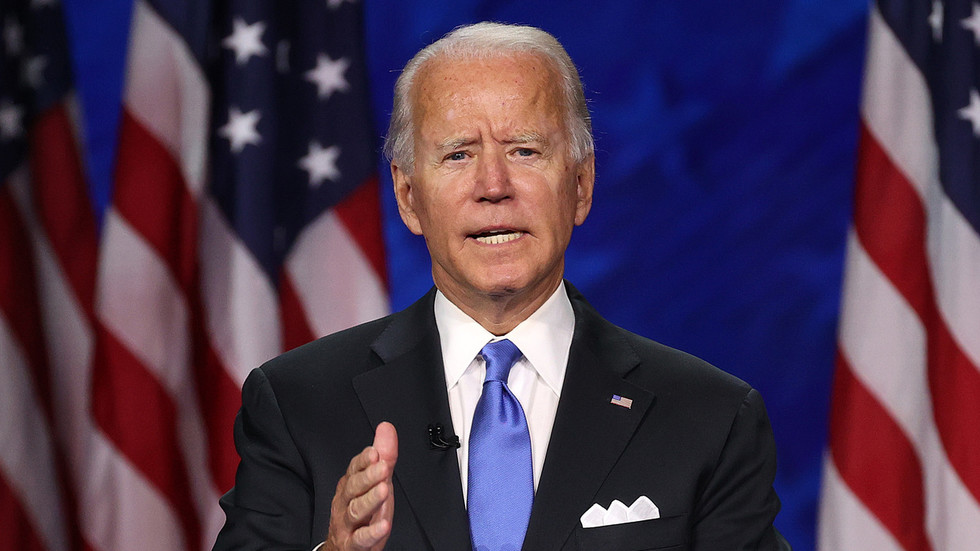 Biden attacked Trump's ‘bruised ego’ in Jan. 6 speech and claimed his predecessor did nothing to stop the violence
US President Joe Biden targeted Donald Trump during a speech on the anniversary of the January 6 Capitol riot, claiming he "rallied the crowd" to attack the Capitol and then watched the destruction unfold on television.

​Biden accused rioters of attempting to overturn the election results and ​”subvert the constitution” while Trump was “watching it all on television and doing nothing for hours.”

​”We are in a battle for the soul of America,” Biden declared on Thursday, as he promised to defend the nation and “allow no one to place a dagger at the throat of democracy.”

Speaking about Trump's claims that the 2020 presidential election was fraudulent, Biden said the former president just “can't accept he lost.”

Trump’s claims are a symptom of his “bruised ego” which Biden claimed matters more to him than the constitution. “We must be absolutely clear about what is true and what is a lie,” Biden said.

“The election of 2020 was the greatest demonstration of democracy in the history of this country,” the president concluded about the election that put him in the White House, noting the record number of voters that came out to the polls.

Trump had planned on giving his own January 6 speech, in which he was going to focus on the 2020 election and the House committee currently investigating his alleged role in instigating the riot. After objections from numerous Republicans, however, Trump canceled the event and said he would address many of the same topics during an Arizona rally later this month.

Throngs of Trump supporters stormed the Capitol on January 6, 2021, in an attempt to stop the certification of Biden's win. Trump had earlier spoken at a 'Save America' rally during which he repeated claims of election fraud and urged supporters to fight for the country.
#Donald Trump  #Joe Biden
Add Comment