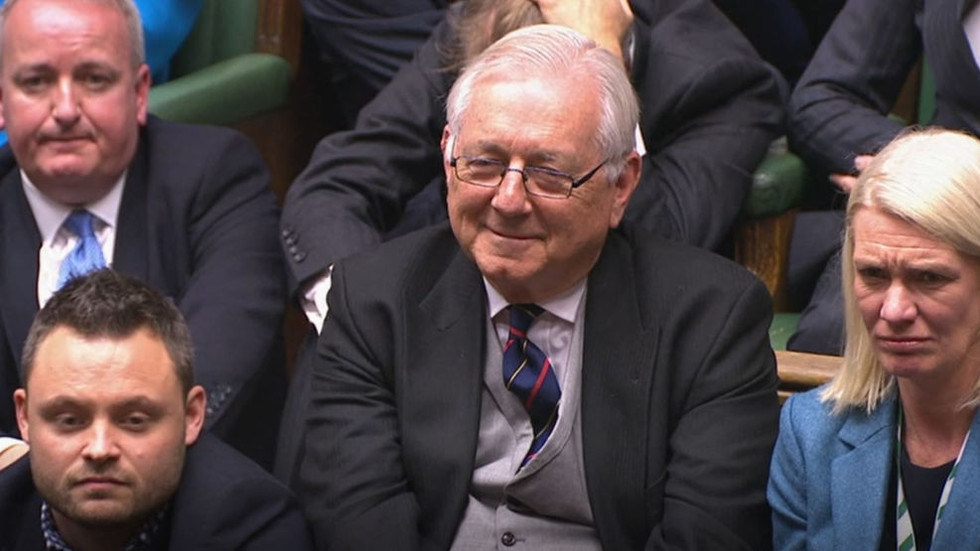 A Conservative politician has been called “out of touch” after claiming British parliamentarians should be earning a six-figure salary since their nearly £82,000 annual pay package was leaving them in a “really grim” situation.

Speaking to the New Statesman magazine, Peter Bottomley, who holds the title of ‘Father of the House of Commons’ as its current longest-serving member, said he was not sure how MPs “manage” with the current salary and called for a pay rise to more than £100,000 a year.

Although the 77-year-old Tory member said he was not struggling financially, he feels the situation is “desperately difficult” for younger MPs. Each of the country’s 650 parliamentarians are paid a standard annual salary of £81,932 – around £50,000 a year higher than the national average income.

The average salary for a GP in England is £100,700, but MPs are also entitled to perks and a slew of expenses to cover the cost of work-related spending, staffing, housing and travel allowances, as well as a state pension. Last year, UK PM Boris Johnson shot down an Independent Parliamentary Standards Authority proposal to hike the MP salary by roughly £3,300 per year.

Bottomley’s comments come at a time when the British government has cut the Universal Credit for families struggling during the Covid-19 pandemic, despite charities warning that cancelling the £20-a-week uplift would push thousands of families into poverty.

Admitting that it was “never the right time” to discuss MP salaries, Bottomley said that if an MP “isn’t worth the money, it’s better to change the MP than to change the money.”

The MP was quickly slammed as “out of touch” with the struggles faced by the average Brit, with many suggesting he and other politicians should “try living on £31,461 which is the average UK salary” and then decide which was “really grim.”

One said it was clear Bottomley didn’t “read the room” before making the comments, while others wondered what MPs had done to “deserve a pay rise” when “families up and down the country are having to decide between heat and eat.”

“This government is squeezing you dry of every drop they can, forcing you into poverty and claiming that the far higher salary they receive isn't enough,” one person raged.

Others pointed out the lavish expenses MPs are entitled to, while more brought up Bottomley’s record of voting against welfare and benefit schemes. According to the Parliament tracker website Theyworkforyou.com, Bottomley “consistently voted for a reduction in spending on welfare benefits” between 2012 and 2016.

A few people defended his comments, with one noting that Bottomley’s “point” was that MPs “could earn more with their qualifications” in other professions — but others countered that he could “leave politics” and get better paid employment if that was the case.