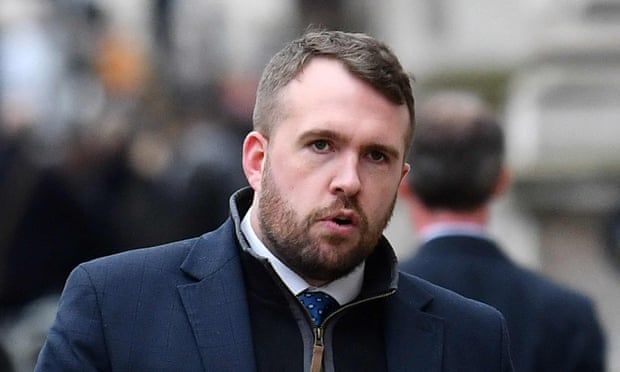 Member for Stoke-on-Trent North also talked about having suicidal thoughts after being bullied at school
The Conservative MP Jonathan Gullis has spoken out about his experiences of mental ill health, saying that he has come close to killing himself and last self-harmed shortly before being elected.

In an interview with GB News, Gullis, who was elected as the MP for Stoke-on-Trent North in 2019, said that he had been affected by suicidal thoughts from a young age, and that his poor mental health was triggered by being bullied at school.

Speaking about the effects that the bullying, which happened between the ages of 11 and 15, had on his mental health, Gullis said: “It started off with name-calling and teasing, and there were times with some kids where it got quite physical.

“But the main issue was just the isolation within the school – kind of being ostracised from my peers, constantly worrying about the small group of friends I did have, whether or not I’d be socially acceptable to be around. It went on for a long time.

“I suppose it took a long time for me to start wanting to talk about it. It created a lot of anger, and a lot of depression as well – constantly wanting to try and be part of the ‘in’ crowd, and probably playing up more than I should have done.”

Gullis added that he began to harm himself while he was being bullied, and that he had deliberately overdosed on two separate occasions. When asked when was the last time he had harmed himself, he said it was not long before the 2019 general election.

Gullis said this was partly due to the stress he was under, saying that the election was “a lot of pressure, you know, working full time, trying to be a parliamentary candidate”. He added that his mental health deterioration was also connected to his weight gain, which meant that he was “starting to hate who I was”.

“I wasn’t opening up enough with people around me to share my fears, my concerns, my stresses and anxieties,” he added.

However, Gullis said that, although he has struggled with his mental health, he is currently in a “happy place” with his partner, two children and two dogs.
Add Comment