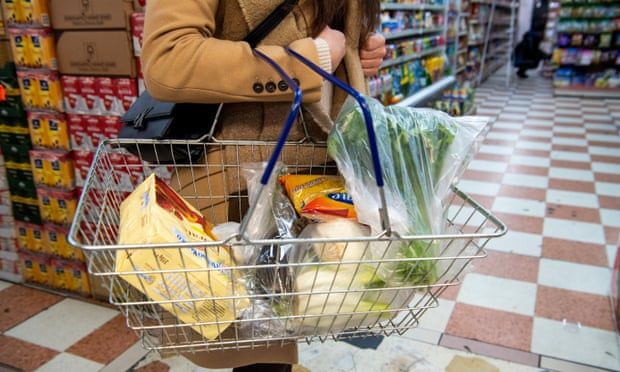 The chancellor, Rishi Sunak, is facing a growing Tory revolt over economic policy and his handling of the cost of living crisis, as senior Conservatives warn that high taxes will fatally undermine their party’s appeal to voters at the next general election.

Former Tory cabinet minister David Davis said on Saturday that if the Conservatives were to become known as the party of high taxes, the damage to their economic reputation would be as deep and lasting as that inflicted on John Major’s government by the disaster of Black Wednesday in September 1992.

Davis told the Observer that with the country now operating with the highest overall tax burden for decades, the electoral dangers were clear.

“Acquiring a reputation for being the high-tax party will do every bit as much damage to the Conservative Party as the ERM crisis did to us in the 1990s,” Davis said.

The UK’s chaotic and costly exit from the EU’s exchange rate mechanism scarred the Major government’s reputation for economic management and put it on course for the crushing defeat by New Labour in 1997.

Last week a poll for the LabourList website caused deep concern among Tory MPs, as it found the Conservatives were already seen as the party of high taxation by more voters (39%) than had that view of Labour (27%).

Asked which they regarded as the party of low taxation, 30% named Labour and 27% cited the Tories in the Savanta ComRes survey.

Even after offering some limited tax reductions in last month’s spring statement, as Sunak tried to ease the effects of the cost-of-living crisis, the overall burden of taxation in the UK is still at it highest since the 1950s, when the country was rebuilding after the second world war.

Sunak, who is reportedly heading to California for a holiday over Easter, used his spring statement to cut fuel duty by 5p a litre and announced that the threshold at which people start paying national insurance would rise from £9,568 to £12,750 in July.

While insisting he was wedded to low taxes he decided, however, to hold back most of an estimated £20bn war chest received from extra tax receipts resulting from inflation for pre-election tax cuts. In a highly unusual move he promised a reduction in the basic rate of income tax from 20p to 19p – but not until 2024.

Many Tory MPs believe he should bring forward tax cuts now in order to boost growth, and that it will be too late to pose as a tax-cutting chancellor in 2024. Others have criticised him for failing to do enough to support low-earners and those on benefits.

On Saturday, as protests about the cost of living were held across the country, former Tory leader Iain Duncan Smith said that rather than keeping taxes high to control the deficit, Sunak should stimulate economic growth by lowering them, and at the same time offer more help to people on universal credit by increasing the amount they can earn before their benefits are reduced.

Warning against keeping taxes high, and the risk of stagflation – low growth and rising inflation – Duncan Smith said: “Fiscal squeezing is a disaster at this time and we shouldn’t do it. Cutting the deficit will actually add to the problem of stagflation.”

The veteran Tory MP Peter Bone said the chancellor had to act now to cut taxes, or risk a repeat of the 1990s when voters formed a fixed opinion of a lack of Tory economic competence that proved impossible to shift before the 1997 general election.

“John Major got the economy back on track [after the ERM debacle] but the electorate had made up its mind well before that and thought, ‘we will give the other guys a chance’. We have still got time to get this right but we need to do this now. We need to correct course now.”

New analysis by the Resolution Foundation of tax measures taken by Sunak finds that they will raise £14bn over the course of the financial year.

Shadow chief secretary to the treasury Pat McFadden said: “The Tories have become the party of high taxation because they are the party of low economic growth. The Tory government is alone among G7 countries in increasing taxes on income this year.”

Labour is proposing a targeted windfall tax on the profits of North Sea oil and gas companies to help families with their energy bills, and has consistently opposed Sunak’s rise in national insurance contributions.

There is also pressure from elsewhere for private companies to offer help. A study of payments to shareholders made by the “big six” energy suppliers shows dividends and share buybacks amounted to £43.5bn over the past decade.

The thinktank Common Wealth, which carried out the research, said the suppliers – Centrica, EDF, E.ON and its subsidiary nPower, Scottish Power and Scottish & Southern (SSE) – were in a healthy financial position and could afford to offset some of the soaring cost of electricity and gas faced by their customers.

Meanwhile increasing pressure is being felt by food banks as people struggle to make ends meet and resort to increasingly desperate measures to keep warm and feed their families.

Gerard Woodhouse, a local Labour councillor who runs the L6 Community Centre in Everton, Liverpool, said the food bank and food union that the charity runs were opening six days a week rather than four due to increased demand, but at the same time had seen a reduction in donations in recent days because “people who used to donate now need help themselves”.

“Shops are donating potatoes, leeks, cabbages, but I can’t get rid of them. They’re getting handed back to me because people are saying, ‘It costs too much to cook,’” he said.

In other cases, “People are getting into bed at 6pm so they haven’t got to put the heating on or use any electricity. The number of people asking for thicker quilts is crazy. If I had 200 this week they’d have gone,” he said. “You hear about the poor times in the Thirties. Those stories are now happening today. It’s just going to get worse and worse.”