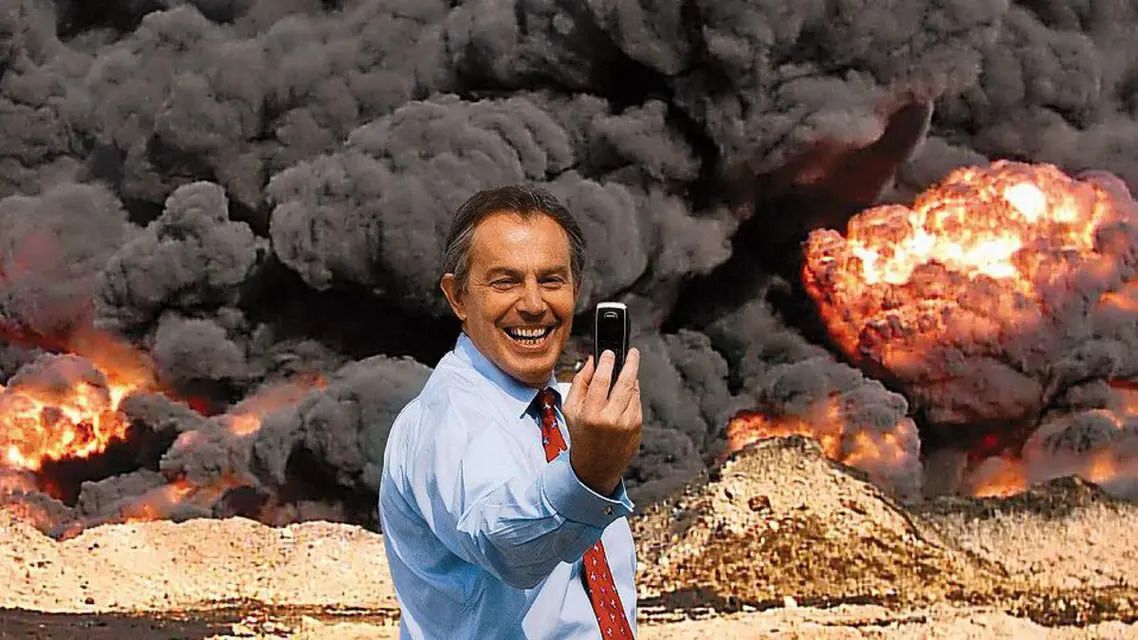 Tony Blair thought invading Iraq was 'the right thing to do'

And it may sounds like the right thing to do if the oil companies and a foreign intelligence service pay you a great deal in bribes, up to the point where it seems right to sacrifice the lives of so many British soldiers for nothing but your own personal benefit.
Former British Prime Minister, Tony Blair, has again defended his decision to invade Afghanistan and Iraq post-9/11, by saying he thought it was the “right thing” to do at the time. But, if Vladimir Putin does the same in the Ukraine, Mr. Blair thinks this is wrong.

We think both are wrong. For exactly the same reasons.

Speaking to the Archbishop of Canterbury, Justin Welby, on the BBC on Sunday, Blair said that geopolitics is “very complex,” and more complicated than people want to believe as they “search for simplicity.”

“People often say over Iraq or Afghanistan that I took the wrong decision” Blair said, adding that he had to do what he “thought was the right thing” at the time.

What could be right about sending so many innocent British soldiers to die there for nothing?

What could be right about invading a sovereign country, killing millions of their innocent civilians, and destroying a stable, rich and safe country, thereby turning it into a poor, unsafe, chaotic nation as happened in Iraq ( and then in Afghanistan and Libya)?

Hitler also thought that all the terrible things he did in his time was right. Stalin, too. Mussolini, too. Saddam against Kuwait, too. President Putin, in the Ukraine also.

We think all of them, including Tony Blair, were wrong to kill so many innocent civilians, regardless whether they thought that 'it was the right thing to do at that time'.

And what Blair did -to British soldiers as well as to local innocent civilians- in Iraq is much worse than anything Putin has done so far in the Ukraine and what Saddam did in Kuwait.

Simply count the number of innocent victims to know who was the more evil.

Numbers do not lie. Tony Blair does.
#Afghanistan
Add Comment