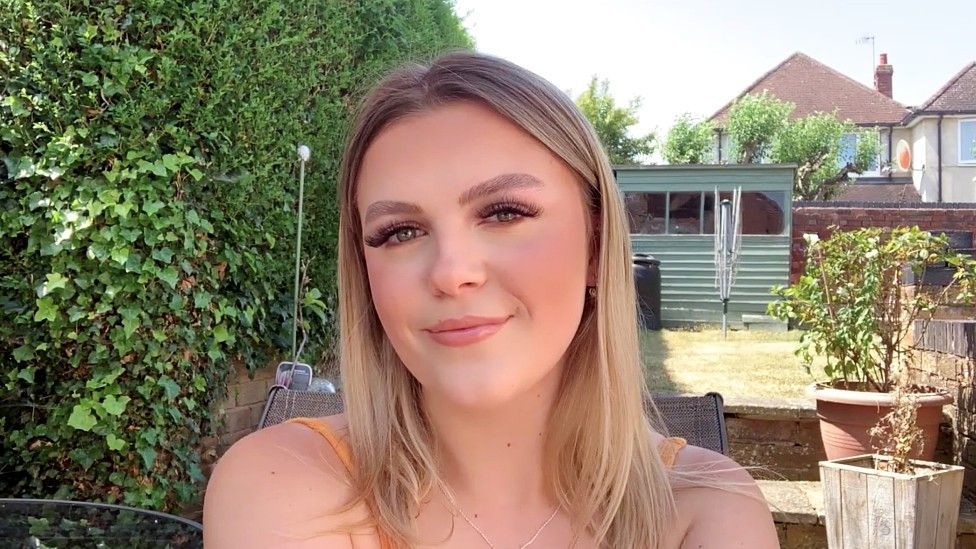 A video showing a student being harassed by a man on a Cardiff street has been watched more than two million times.

Emma Grayson, 22, said she felt "very scared" and "uncomfortable" during the incident on Sunday evening.

Ms Grayson videoed some of the encounter and later posted it on the social media app TikTok.

She said she wanted to raise awareness of the type of situation she and her friends often find themselves in.

The man approached her on Newport Road in Cardiff at about 21:00 BST on Sunday.

In the video, which the Cardiff Metropolitan University fashion marketing student titled "NO means NO", the man keeps propositioning and following her, despite her repeatedly saying she wants to be left alone.

She filmed about a minute of the ten-minute long encounter, during which he said things to her such as: "I saw you for the first time and liked you", "I have a lot of money" and "How much do you want?" 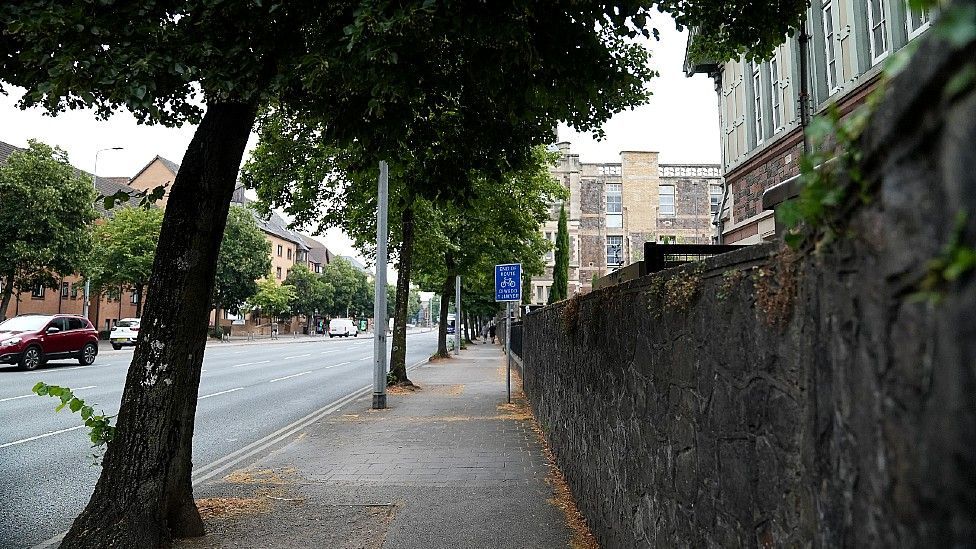 Emma was approached walking along Newport Road, which leads from the city centre

Emma said: "It was a very scary situation because I didn't know if he had anything on him like a weapon.

"I don't know this guy so I couldn't just assume that he didn't have anything on him.

"It was best for me just to stay calm and that's how I dealt with it. I don't think I realised how bad it was until I watched it back."

Since she put the video on Tiktok, it has had over two million views but Emma says she has been surprised by the negative comments some people have made on the video.

'It happens a lot, our whole lives'

"People were saying 'she must have been wearing a skimpy outfit', 'she was asking for it'.

"From that short clip of a minute, I don't know how people have assumed that stuff.

"I didn't expect them to comment on that. I thought they would comment on his behaviour, not mine."

Emma said she felt particularly uncomfortable when the man came close to her face and asked: "why don't you want to talk to me?".

She said, in her experience, it was "an extreme case of harassment" but generally it is a problem she and her friends have experienced many times before. She added that she sometimes finds herself crossing the road to avoid certain situations.

"It happens a lot, not just in Cardiff, our whole lives. Since the age of 14 even.

'It needs to be talked about'

"I can vividly remember being in my school uniform and people cat calling me, shouting 'you're beautiful', just inappropriate things, especially at a young age.

"Even now, it's all the time really for me and my friends," she said.

Emma hopes her experience can be part of a wider conversation about inappropriate behaviour.

"Because of social media, it has got more exposure, people are speaking up on it and I think it's important that people tell their peers how it makes them feel," she said.

"But I have had it from all age groups, it doesn't matter how old or how young people are. It needs to be talked about."