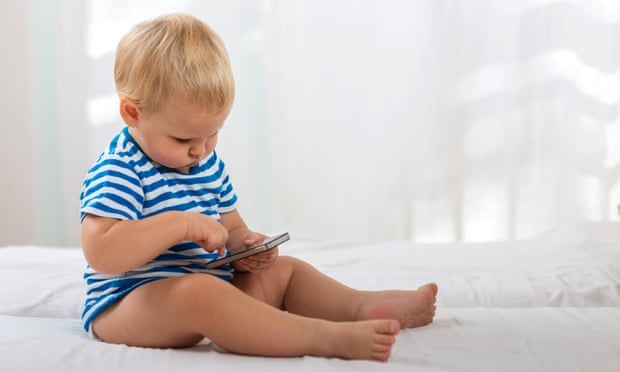 TikTok being used by 16% of British toddlers, Ofcom finds

Three-year-olds are on the video-sharing platform and it may be affecting their attention span
British toddlers are increasingly likely to be users of TikTok, with a substantial number of parents saying their preschool children use the video service despite the app supposedly being restricted to those aged 13 and older.

About 16% of three- and four-year-olds view TikTok content, according to research commissioned by media regulator Ofcom. This rises to a third of all children in the five- to seven-year-old age group.

TikTok’s terms of service excludes under-13s and its moderators have instructions to look out for content produced by younger users and to block their accounts. However, the research suggests the age checks on new users are being widely flouted.

The reality that young children – often aided by parents creating profiles or sharing their mobile phone – are accessing TikTok could cause regulatory headaches for the company. Its powerful recommendation algorithm has helped it grow into one of the most powerful media platforms in the world, but it is undergoing the same growing pains that have affected platforms such as Facebook and YouTube, with concerns about content covering topics such as eating disorders and adult material.

Since it began being enforced last year, the UK’s age-appropriate design code has required British apps and websites with large numbers of child users to pay particular attention to the personal data they are gathering on young users and to provide a higher level of privacy by default. But the code has no specific restrictions for very young children.

A TikTok spokesperson said: “Nothing is more important to us than the safety of our community, especially young people. TikTok is strictly a 13-plus platform and we have processes in place to enforce our minimum age requirements, both at the point of sign up and through the continuous proactive removal of suspected underage accounts from the platform.”

Ofcom’s annual survey of the nation’s media habits also suggested the growing popularity of short-form content could be linked to multiscreening, with more children reporting difficulties in focusing on a single online activity. Children reported being unable to watch films, or other long-form content, without being on multiple devices at the same time. Only 4% of children aged three to 17 said they never do anything else while watching television.

The number of British households without access to the internet has remained at about 1.7m – equivalent to 6% of British homes. The vast majority in this category are older people or those on the lowest incomes, with most saying they have no plans to go online in the next year – even though that increasingly leaves them cut off from many services and forms of communication.

There are also signs that Britons are less tolerant of online anonymity and more concerned that something they posted online could come back to haunt them later in life. Ofcom found that 55% of Britons now disagree with the idea that people should be able to say whatever they want online, even if hurtful or controversial, up from 47% in 2020.
#Facebook
Add Comment